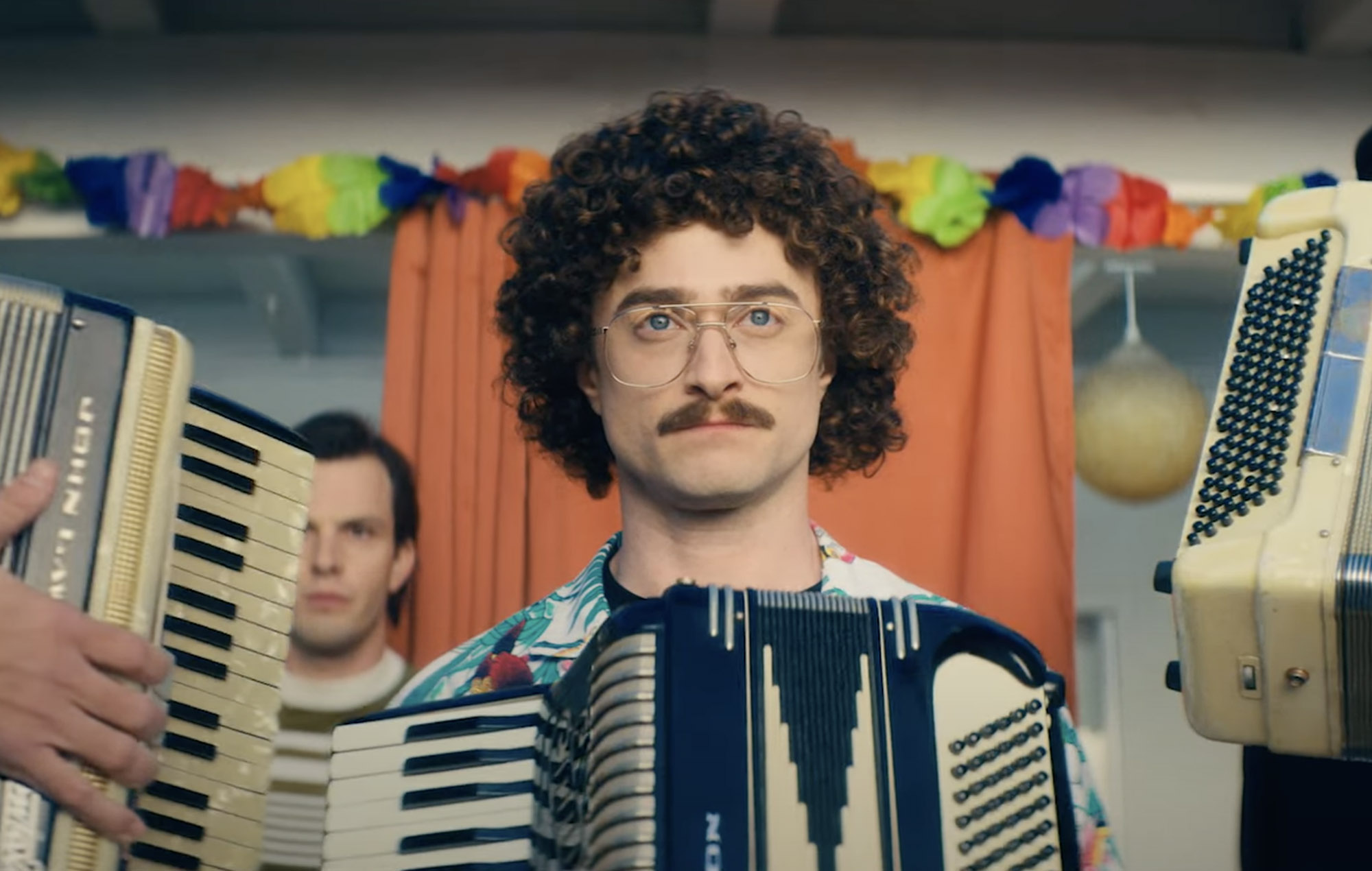 The first trailer for WEIRD: The Al Yankovic Story starring Daniel Radcliffe has just been released.

The forthcoming film, in which Radcliffe will play the beloved comedian and musician, started production earlier this year.

WEIRD: The Weird Al Yankovic Story promises to follow Yankovic’s life “from his rise to fame in the music industry to his celebrity love affairs”, according to a synopsis.

Speaking about playing Yankovic, Radcliffe told The Hollywood Reporter: “Wearing the Hawaiian shirt is a huge responsibility that I don’t take lightly, and I’m honoured to finally share with the world the absolutely 100 per cent unassailably true story of Weird Al’s depraved and scandalous life.”

Take a look at the film’s trailer below:

“When my last movie UHF came out in 1989, I made a solemn vow to my fans that I would release a major motion picture every 33 years, like clockwork. I’m very happy to say we’re on schedule,” Yankovic said in a previous statement.

“And I am absolutely thrilled that Daniel Radcliffe will be portraying me in the film. I have no doubt whatsoever that this is the role future generations will remember him for.”

Radcliffe also recently revealed that Rihanna indirectly played a role in his casting, saying he performed a rendition of Yankovic’s ‘The Elements’ next to a “bemused” Rihanna on The Graham Norton Show over a decade ago.

“I guess Al saw that and was like, ‘This guy maybe gets it,’” Radcliffe added. “And so he picked me. So I’m very, very lucky, and now I’ve gotten to have accordion lessons with Al. I can go to my grave with that.”

See also  Seymour girls basketball outlasts Ansonia; No. 3 SHA comes from behind against No. 8 Hamden

The release date for WEIRD is yet to be confirmed – you can take a look at a previously released image of Radcliffe in character as Yankovic here.

Daniel Dae Kim: ‘Lost’ Pilot ‘Was a Land Mine’ of Asian Stereotypes

The Prop Olivia Cooke Wishes She Could Have Taken From The House Of The...

Alison Brie’s Secret to a Happy Marriage with Dave Franco