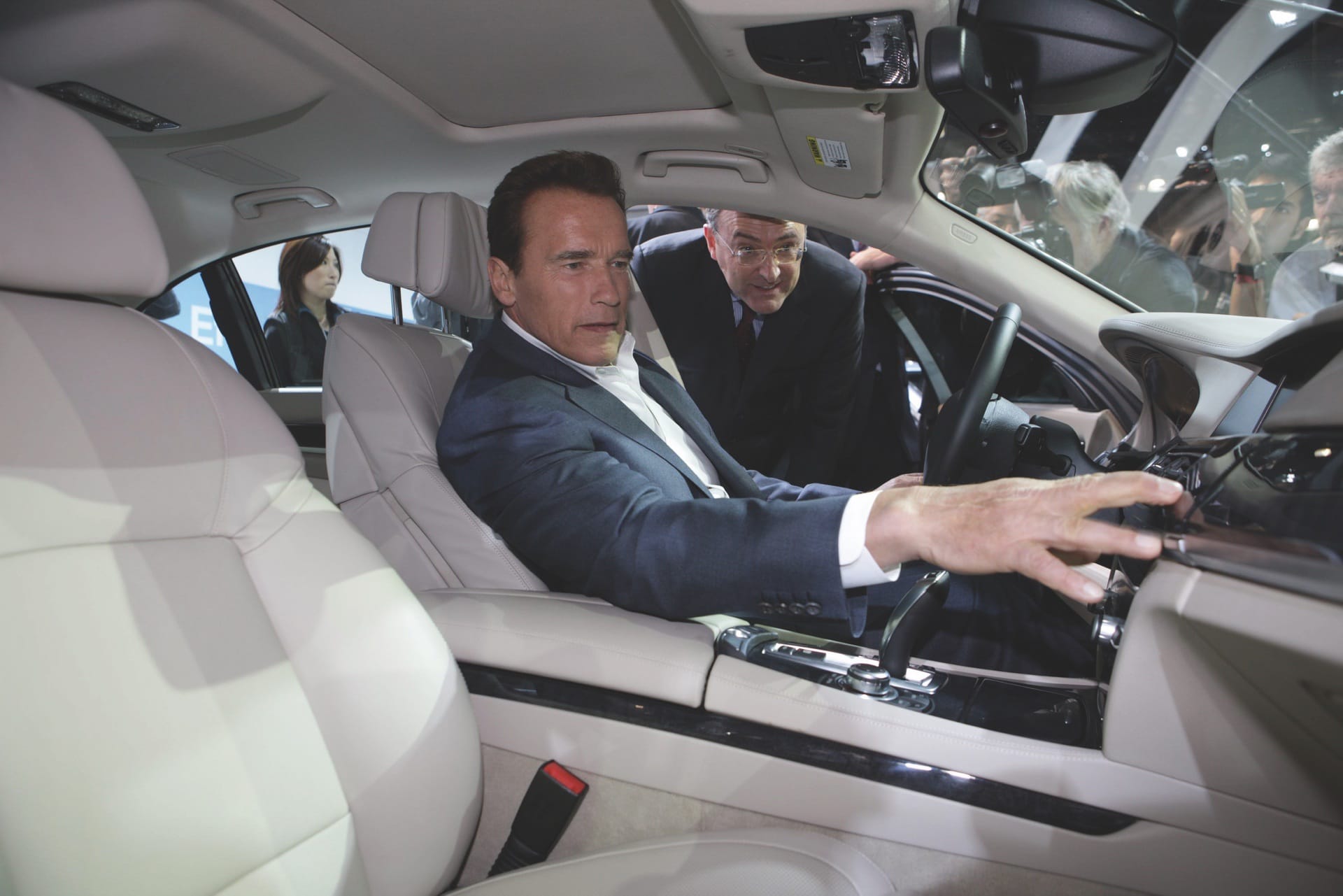 And now for something completely different… the official plush toy from BMW. Christmas may be more than a month away, but it’s never too early to pick out gifts for your loved ones. Should that person be a fan of the Bavarian brand, Arnold Schwarzenegger has just the right thing. It’s called the Pegasus and costs €49 in EU countries or £44 in the United Kingdom.

For the latest ad, the former governor of California joined forces with fellow bodybuilder Ralf Rudolf Moeller. He played the role of Conan in the namesake live-action-adventure series, and you might know him from the 1989 movie Cyborg. He also starred in The Scorpion King as well as Gladiator and is set to appear in the upcoming Kung Fury 2.

Wearing festive clothing, the two actors joke about making an unboxing video in the style of ASMR (autonomous sensory meridian response) since that seems to be all the rage these days on social media. Our favorite part of the ad is when the Terminator himself repeatedly taps the big box to play the soundtrack from the famous movie franchise.

BMW describes the plush toy as being “a gift from the Gods” since Pegasus is one of the best-known creatures from Greek mythology. Legend has it that the winged stallion sired by Poseidon ascended into heaven after his birth, according to Greco-Roman poets. You might remember the toy from BMW’s Super Bowl 56 spot “Zeus & Hera,” which aside from Arnold Schwarzenegger, also starred Salma Hayek Pinault.

Measuring 36 cm x 25 cm, Pegasus is made entirely from polyester and the stuffing also uses the same material. The product has been certified by the OEKO-TEX, the International Association for Research and Testing in the Field of Textile and Leather Ecology.

The ad ends with the 75-year-old actor reminding us BMW is not known for its toys but rather for its cars. We’d add BMW Motorrad has also helped increase the brand’s exposure with its rich variety of motorcycles and other two-wheeled products.