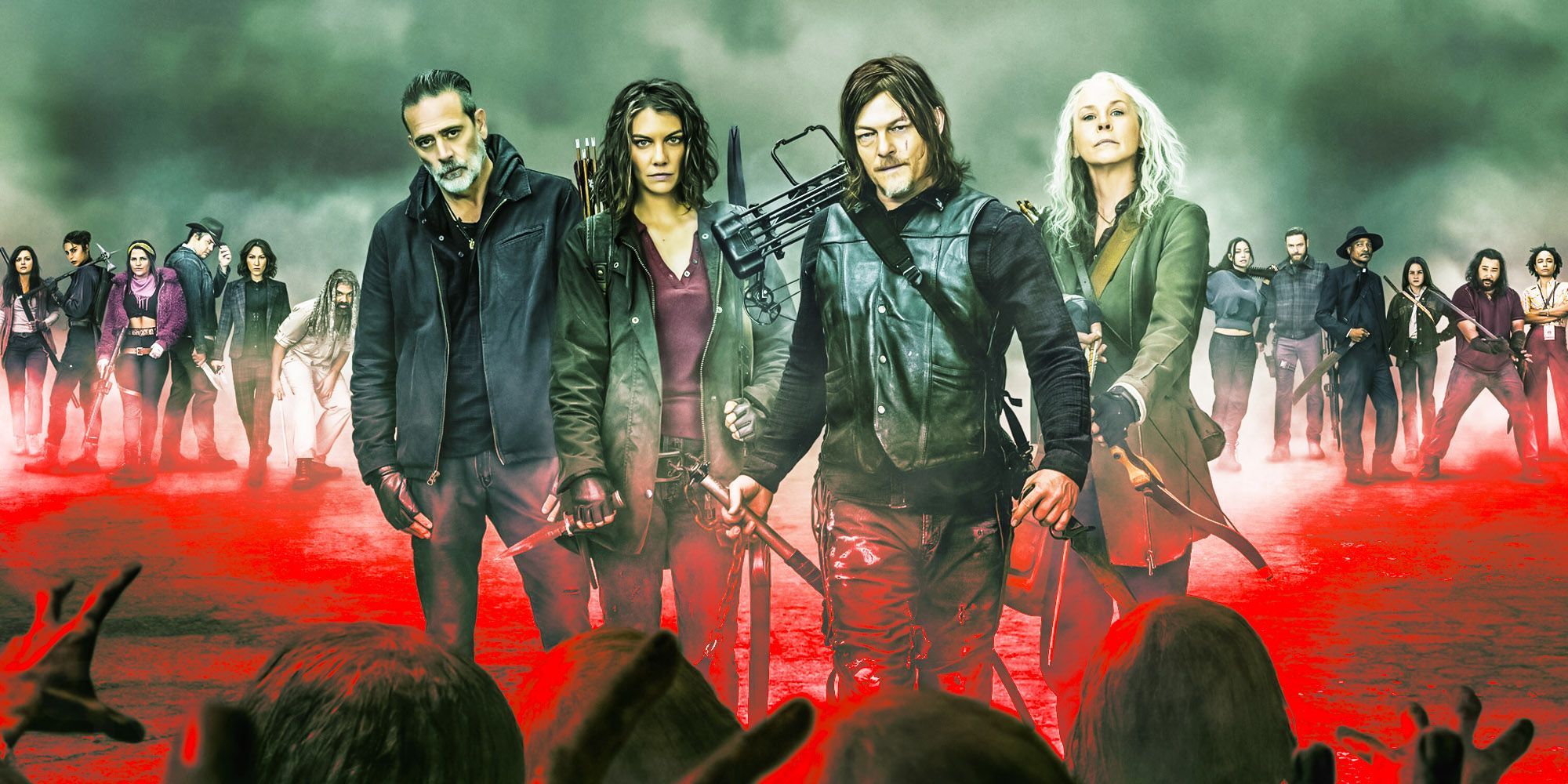 It takes only a single scene for Princess to prove how badly The Walking Dead has underused her in season 11. Introduced at the tail-end of The Walking Dead season 10 while Eugene’s group traveled from Alexandria to the Commonwealth, Paola Lázaro’s Princess injected a huge dose of color into the zombie apocalypse with her exuberant personality and habit of oversharing. Princess enjoyed a starring role both during that journey and while Pamela Milton’s soldiers had her locked up, but as soon as the Commonwealth arc kicked in proper, that pink flamingo jacket (somehow) faded into the background. Princess has played a bit-part role since then, sometimes going missing completely.

In The Walking Dead season 11, episode 19 (“Variant”) Princess proves just how much more she had to offer. Reappearing for the first time since The Walking Dead‘s final block of episodes began, Princess confronts boyfriend and Commonwealth chief trooper Mercer about the decaying state of Pamela Milton’s regime. What might’ve been a simple transition scene actually ends up becoming Princess’ most emotionally revealing and important moment in The Walking Dead yet.

Why Princess’ Walking Dead Season 11, Episode 19 Scene Is So Important

Princess touches upon an abusive childhood at the hands of her family, a lingering mistrust of male figures in her life, and her refusal to accept the Commonwealth’s “it could be worse” mantra. The monologue is difficult to listen to – as such subject matter should be – but delivered with such intensity and connection by Paola Lázaro, it’s impossible not to feel absolutely devastated by Princess’ words. Delivering such an affecting and introspective speech, the true depth of Princess’ character iceberg becomes clear – but so too does how little The Walking Dead has explored it in season 11. There are layers and dimensions to Ms. Juanita Sanchez that The Walking Dead has neglected since season 10’s reality-bending bonus episode, and while “better late than never” certainly applies here, it’s odd that Princess does nothing for a long time, comes back with an almighty chunk of very serious, very meaningful backstory, then almost certainly disappears again.

Princess’ uneven presence is symptomatic of a larger issue within The Walking Dead season 11, which essentially boils down to an abundance of characters and a lack of episodes to accommodate them. Cast members have intimated that The Walking Dead didn’t necessarily expect the main show to end so soon, which perhaps explains why season 11 has so much ground to cover. The already-pretty-large base of protagonists assembled from Alexandria, Hilltop and the Kingdom swelled due to an influx of newbies from Maggie’s community, Negan’s new group, and the Commonwealth, and there’s no shortage of plot points either, with the Reapers, the Commonwealth, Lance’s CRM teases, variant zombies, spinoff setup, and a proper ending all on the to-do list. In hindsight, maybe too much time was spent lingering around the Reapers, when the Commonwealth might’ve benefited more from those minutes.

With narrative space at a premium, the likes of Princess, Magna, Tomi, and Lydia have found themselves with little to do, but they’re the lucky ones. Kevin Carroll’s Virgil (who was brought into the group when Connie returned) and Dan Fogler’s Luke have both utterly vanished, and aren’t even referenced at The Walking Dead season 11’s current point. Princess may not have discovered her full potential, but at least The Walking Dead uncovers some of that iceberg before season 11’s endgame begins.

Next: Eugene Is Definitely Going To Die In The Walking Dead, Right?

Ruben Randall - November 9, 2021 0
Actress
Hulu “traumedy” PEN15 is already in the business of stretching the imagination, thanks in part to its grown creators and stars Maya Erskine and Anna...