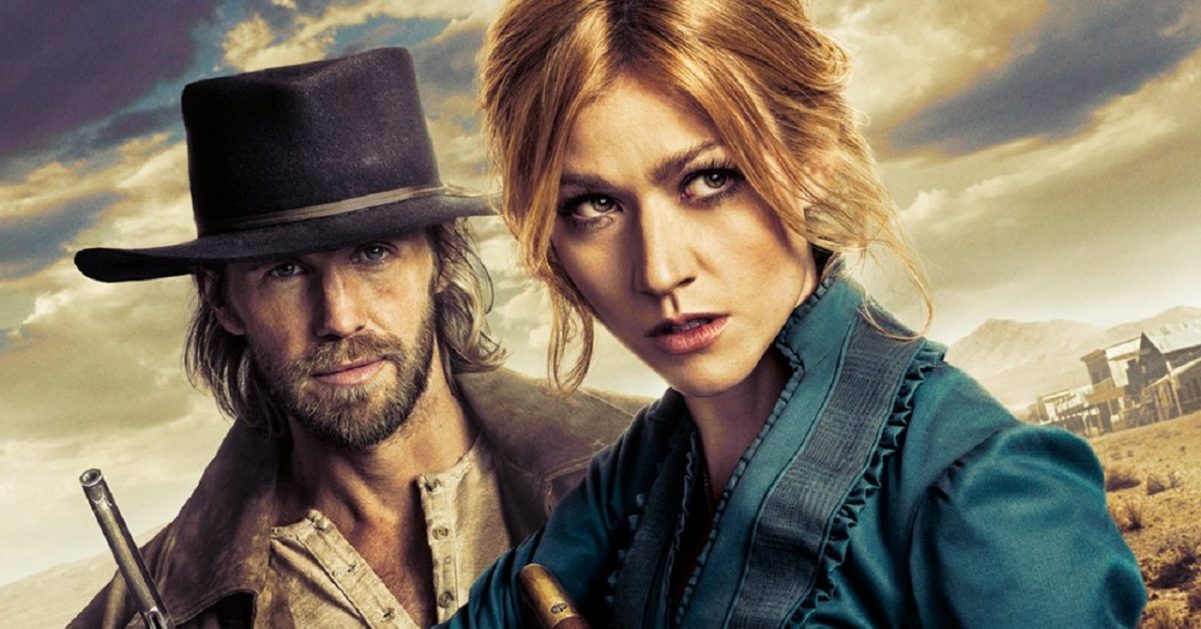 With The CW’s Katherine McNamara & Matt Barr-starring Walker Independence set to hit screens in a little more than a month, we have two new looks to pass along. As you probably know, the sequel series follows Abby Walker (McNamara), an affluent Bostonian whose husband is murdered before her eyes while on their journey out West. On her quest for revenge, Abby crosses paths with Hoyt Rawlins (Barr), a lovable rogue in search of purpose. Abby & Hoyt’s journey takes them to Independence, Texas, where they encounter diverse, eclectic residents running from their own troubled pasts and chasing their dreams, all while becoming agents of change in the small town. To give you a sense of what the pair will be up against, the network released a new key art poster showing Abby & Hoyt not willing to back down from a fight. Following that, we have another official trailer that’s so new, it’s directly from McNamara’s social media account.

For the newest look at the prequel series, check out the newest trailer below (courtesy of McNamara):

And here’s a look at the season trailer & overview for The CW’s Walker: Independence, airing Thursdays starting on October 6th:

Ruben Randall - November 13, 2022 0
TV/Movies
With the upcoming release of Pokemon Scarlet & Violet, we now have well over 1,000 different Pokemon to go out and catch. While pretty...