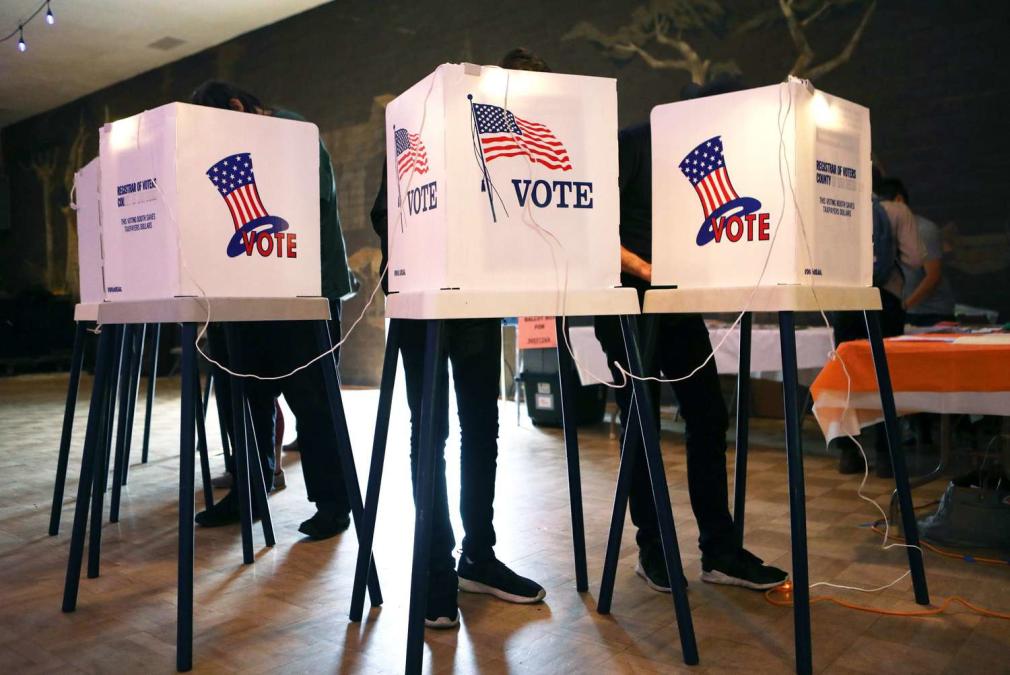 As lawmakers around the country pass complicated measures that make it harder to cast a vote, one voting rights expert tells PEOPLE they will do more harm than good in ensuring fair elections.

Bob Brandon is the president and CEO of the Fair Elections Center, a national nonpartisan voting rights and election reform organization. As Brandon explains, the goal of the group is ensure that the right to vote is guaranteed for everyone, with a particular emphasis on communities that have been historically marginalized.

“The country’s had a history of having a narrowly defined set of voters, going way back to … when only landowners could vote,” Brandon tells PEOPLE in a recent interview. “It took a long time for women to get the right to vote. It took a long time for African Americans to get guaranteed the right to vote. And then young people not till the 1970s, Native Americans around that time in this past century.”

While some have argued that those who don’t vote are simply apathetic, Brandon disagrees.

“For some people, maybe they’re working two jobs and they literally can’t take off three or four hours to go stay in the line to vote, and their state might not have an easy option for absentee ballots for example. Or if they do, they’re very confusing.”

Brandon adds that, through his work with younger voters, he knows firsthand that most Americans care deeply about the issues affecting them and their peers — but they often worry that their single vote doesn’t matter.

“They care a lot about changing things for the better and many of them decide to get involved themselves,” he says. “They’re involved in volunteering their community, they’re out protesting. And the question is whether they feel that voting also can give voice to the concerns they have.”

Add to that the recent rash of GOP-backed measures that limit the ways in which people can vote, and advocates like Brandon worry that many will be even further restricted from participating in democracy.

RELATED: Stacey Abrams Says Voting Is the Best Way to Treat the Ills of Society: It ‘Isn’t Magic, It’s Medicine’

Brandon points to photo ID laws, which “hadn’t existed before 2006 in this country” and require that voters have government-issued identification in order to cast their vote.

According to the ACLU, which estimates that 11% of U.S. citizens do not have government-issued photo identification, such laws are now on the books in seven states.

In some places, simply having a government-issued ID isn’t enough to cast a vote.

“Texas just passed a law that you have to have an exact match between the ID you used when you registered, which could have been years and years ago, and the ID you put on your registration form that day,” he says. “In this past set of primaries in Texas when this law went into effect, there were tens of thousands of people that wound up not being able to register because that registration didn’t match and they didn’t find out about it in time to re-register or to update their registration.”

Many Republican lawmakers are also restricting the timing of elections, limiting the early voting window or making it more difficult to send in an absentee ballot.

The Brennan Center for Justice cites data showing that at least five states currently have laws either restricting early voting days or reducing the hours and locations of polling places. As a result, many people simply can’t vote, due to work or family obligations.

While the lawmakers who have advocated for these stringent voter laws argue that they are doing so merely to prevent fraud, critics have cried foul — arguing that the laws overwhelmingly impact minority voters and that there aren’t many examples of voter fraud in the first place.

“We shouldn’t be in a situation where people have to jump through a lot of hoops [to vote],” Brandon says. “There’s no reason for these changes. There are just really no examples of voter fraud that could possibly turn an election. It just doesn’t happen.”

Democrats have made recent legislative attempts to shore up voting rights, though the Republican Senate minority last year unanimously voted against advancing the For the People Act, which aims to make it easier for people to vote and register to vote.

The GOP said the legislation would have intruded on local authority over elections.

Never miss a story — sign up for PEOPLE’s free daily newsletter to stay up-to-date on the best of what PEOPLE has to offer.

Authority over elections is a concern of voting rights advocates — but not in the same way the GOP cites.

Brandon notes that, in the wake of the 2020 elections and the false claims by former President Donald Trump that is was stolen, many elections workers have faced threats — making even the act of overseeing elections much more complicated.

“The people that do the voting, that run local elections, these are all public servants. Many of them volunteer their time to help the election officials in the locality run elections,” he says. “And now we’re seeing attacks on them, literally threatening them because of this false narrative about the big lie that somehow the election was stolen in 2020.”

Brandon says that those threats have done two things: “One, it’s had a lot of people leave the profession, which is really unfortunate. And it’s meant that people are going to have to work harder to make sure that we continue to have elections that are full and free and high turnout.”

So, what’s the solution? Vote, for one thing. And encourage others to do the same.

“You may hear people being discouraged or saying, ‘My vote doesn’t matter.’ Encourage them to vote, invite them to go to the polls with you,” he says.

“We have seen that the more there’s an effort to make it harder to vote, the more people want to stand up and say, ‘No one’s going to tell me that I don’t have the right to vote in this country, and so I’m going to do what I have to do to go to the polls or get that ballot into the mail.'”

Maryland Gov. Larry Hogan says he wants to go back to...