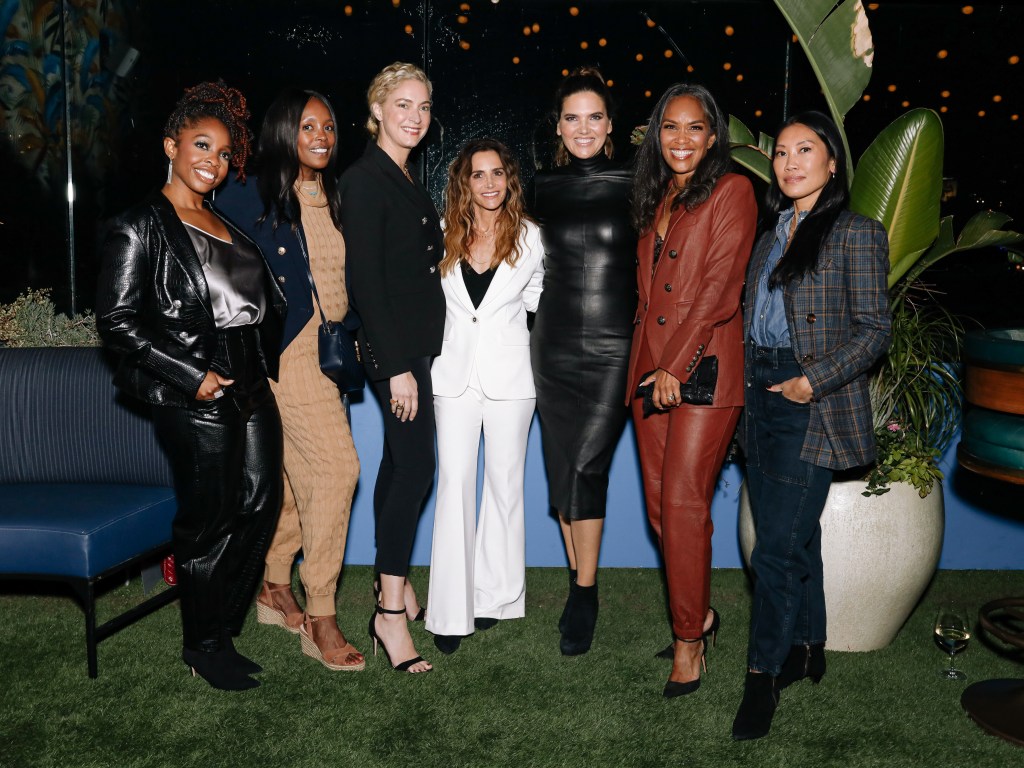 The evening culminated with a panel discussion between screenwriter and TV producer Mara Brock Akil; doctor of human sexuality and host of “Sex With Emily” podcast, Emily Morse; journalist and author Melissa Magsaysay, and Thirteen Lune and Nyakio Beauty founder, Nyakio Grieco. The conversation was moderated by the founder of Brain Trust, Kendra Bracken-Ferguson.

Veronica Beard founders Veronica Miele Beard and Veronica Swanson Beard encouraged attendees to each bring a guest who inspires them in an effort to grow their community of visionary women. Among those who attended were Kelly Rutherford, Aly & AJ, Richa Moorjani, Tahereh Mafi, Nazanin Boniadi, Julia Jones and Jessica Van Der Steen.

Veronica Beard has held similar events in New York and Dallas, wrapping up in Los Angeles.

Beard’s “Make It Happen” campaign spotlights women across varied industries, including beauty, health and wellness, entertainment, food, activism and shows what a day in their life looks like. The campaign, which began in September, has appeared on Beard’s social channels, in email communication and on its blog, VB Edit.

Veronica Swanson Beard, cofounder and codesigner, told WWD when it launched, “#MakeItHappen is about celebrating the women who inspire us, the doers and makers, movers and shakers. The women who get up and get it done, live life to the fullest and crave wonder and grace. Who chase after their dreams, give back and make a difference. And who do it all again the next day.”