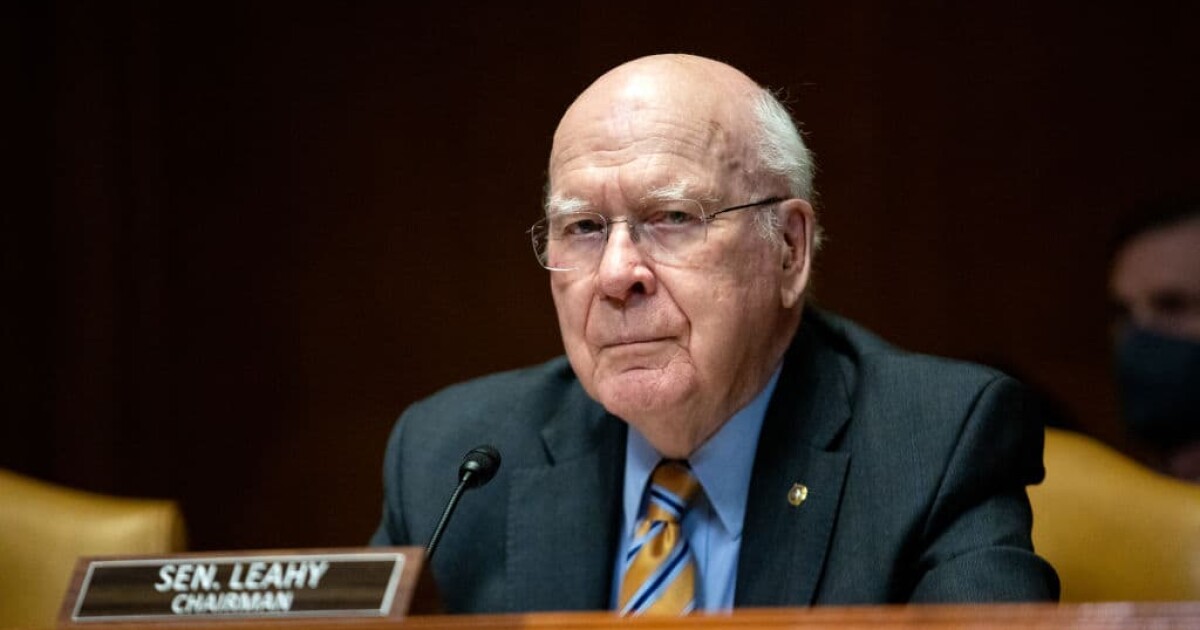 Vermont’s Patrick Leahy has served in the U.S. Senate for half a century.

“I never expected to see the arc of history that I’ve seen. Starting out as the junior-most member of the Senate, immediately post-Watergate, Republicans and Democrats trying to come together to put the country back together,” Leahy says.

“Going from there to today, and seeing a often dysfunctional, polarized Senate.”

Now, this senior-most member of the Senate is wrapping up his last term in office and getting ready to retire.

“There are some pieces of legislation I wish I had pushed harder for, but I don’t regret the opportunity to be there working with very good people, both Republicans and Democrats,” he says. “And I don’t regret my decision to retire. It’s time to go home.”

Today, On Point: Senator Patrick Leahy and the history he has lived through.

You began in the Senate, post-Watergate. And you’re preparing to retire as the Capitol and the nation still reels from the insurrection of last year. How different are things now than when you started?

Sen. Patrick Leahy: “Oh, the arc is so significant. In fact, that’s one of the reasons I started writing the book. I’ve taken notes almost every day from the time I first came there as an awe-struck 34 year old. And when, as I was wrapping up the writing of the book, January 6th hit us. And the insurrection at the Capitol. I never saw anything like that. I never thought anything like that would be possible. And it just shook me to the core. It shook a whole lot of people to the core, and I don’t think I’ll ever forget that time. But I also think about what it means to people who actually supported that insurrection. What does that mean to the direction our country is going?”

Sen. Patrick Leahy: “In some ways, I wrote the book for 34-year-olds who might be coming in. So they could see the arc of history that we had during that time. And, you know, I was an awestruck young man. I’d been a prosecutor for eight years. I came from a state, the only state in the union that never elected a Democrat to the U.S. Senate. And certainly never elected anybody under 50, since the popular election of senators. And I do recall one of the very senior senators saying to me, How old are you, boy? And I said, Well, I’m 34. He said, Anybody ever tell you you’re too young to be in the United States Senate? I said, yeah, my opponent, for one. He actually liked that and thought, Well, okay, I could probably pass the test.

“But I also walked in there and saw the people who had made history. Remember, this was shortly after Richard Nixon resigned. I saw two of the pillars of the Republican Party. Hugh Scott, the Republican leader. Barry Goldwater, Mr. Conservative. They had the unenviable task of going down to the White House and telling President Nixon he had to leave or he was going to be impeached. They took no pleasure in that.

“And I got to know both of them quite well, and talked to them about it. They said it was one of the most difficult things they did. They’re both are Republicans. They strongly supported having a Republican as president, but they knew the country came first. And they had to set aside their politics and set aside their own personal feelings, and they had to tell a president who had broken the law, It’s time to go.”

On whether the Senate and Congress can recover from Jan. 6th

Sen. Patrick Leahy: “If it does not release its hold, then the whole country suffers. Whether Republican or a Democrat, the country suffers, if we have this happen. I’ll tell you a short story. While we were in the room, the secure room, somebody pointed out that as the Senate, we were all there, we could have voted to have the Senate meet there. I stood up, said, Look, I’m the dean of the Senate. I’m totally opposed to that. I don’t want me here in a hidden room. Let’s wait till it’s safe to go back into the Senate chamber, and meet where the American public can see us doing our job. I was surprised to have almost a standing ovation from everybody, Republican and Democrat, to say they agreed. Let’s go back and show who we are.

“And a couple of the senators who originally were going to oppose the certification of the ballots said they weren’t going to oppose anymore. It was time for us to come together. So for that short period, while we are still, you know, walking over broken glass and saying, What’s going on? There was a coming together. Unfortunately, it hasn’t lasted long enough. I applaud Mike Pence for not leaving the Capitol even though they told him he should. He stayed there because he felt his duties as vice president and president of the U.S. Senate required him to stay there, even though he knew this wouldn’t be ending of certifying that he and Donald Trump had lost the reelection.”

On his close friendship with Barry Goldwater

Sen. Patrick Leahy: “My first reelection, I had the second closest election in America, and I was giving a speech somewhere in Vermont. And somebody stands up and says, Leahy, didn’t the closeness of that election teach you nothing? And I said, Well, I figured it must be have something to do with my political philosophy, but I couldn’t figure out what the lesson was. I called the senator who had the closest election in the country, and I said, Barry Goldwater, what’s the lesson? That got printed in the press out in Arizona. He called me up, just laughing his head off. He said, to think of the two of us being the two closest elections in the country. We’re million miles apart … in our philosophy. He said, I tell you what, I’m moving my office to a nicer office. You ought to move into mine. Change your luck.

“And I said, Well, I don’t have the seniority. He said, Look, we Republicans are taking over the control of the Senate. You can move next week. And I have. And I’ve been in Senator Goldwater’s office ever since, for over 40 years. But the point of it is he and I used to sit and talk. Sometimes it would be Barry Goldwater, Hubert Humphrey, I mean talk about two people. Each ran for president, poles apart philosophically, teasing the heck out of each other. And then agreeing on something that they could do together, to bring both conservatives and liberals together. And moderates.

“And I learned a lot from that. And I tried all my legislation to bring in both Republicans and Democrats in across the political spectrum. And I’ve been pretty successful. I passed the bill that started organic farming, which is now a $60 billion or so industry in the country. Certainly to pass the Leahy War Victims Fund. I called it the War Veterans Fund. And it was a Republican, Mitch McConnell, who moved to have it named the Patrick Leahy War Victims Fund. And that’s to help the victims of war, usually civilians, all over the world. And it saved and rehabilitated so many lives.”

Intro from The Road Taken by Sen. Patrick Leahy. Reprinted with permission. All Rights Reserved.

This article was originally published on WBUR.org.