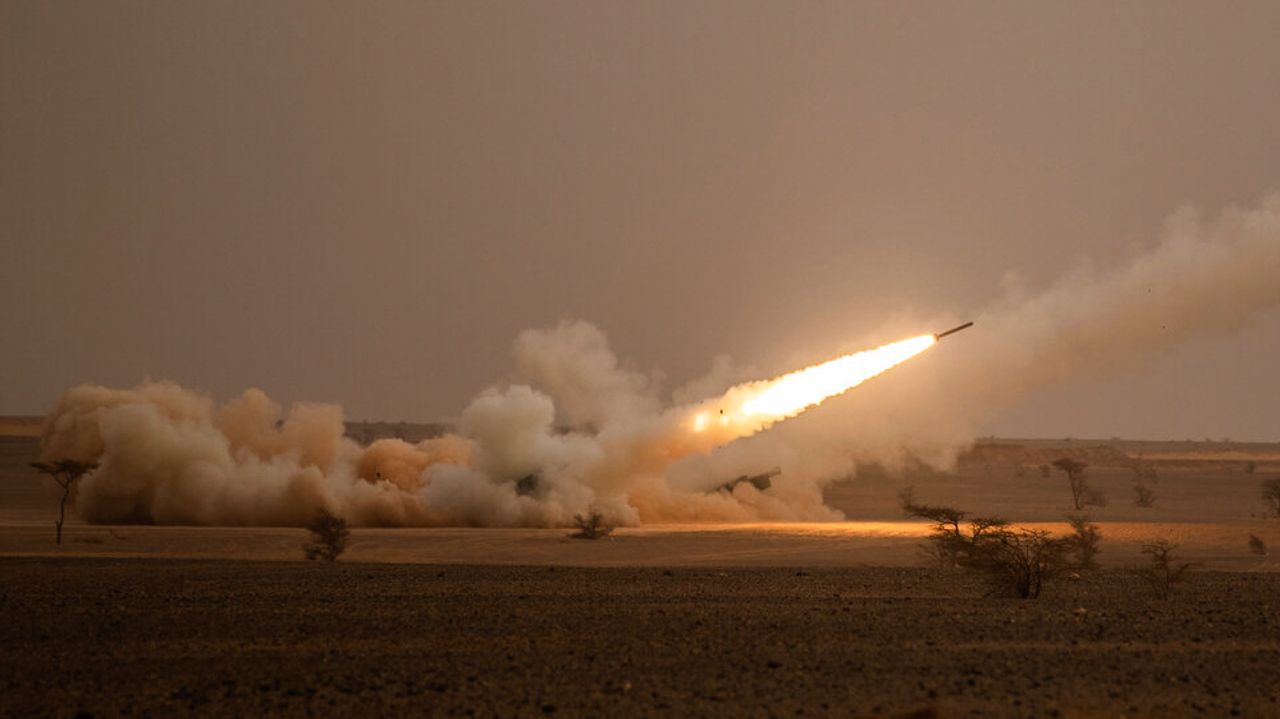 A staggering recklessness has overtaken the American ruling class. It is treating the prospect of nuclear war, which would mean the deaths of millions and the potential annihilation of life on the planet, as a real possibility that must not be allowed to deter its geopolitical objectives in waging war against Russia over Ukraine.

In an interview with CBS’s “60 Minutes” aired Sunday, US President Joe Biden was asked by interviewer Scott Pelley, “As Ukraine succeeds on the battlefield, Vladimir Putin is becoming embarrassed and pushed into a corner. And I wonder, Mr. President, what would you say to him if he is considering using chemical or tactical nuclear weapons?”

To this, the president replied, “Don’t. Don’t. Don’t. You will change the face of war unlike anything since World War II.” The reference to World War II is telling. Though Biden did not mention it, it was the United States that decided at the end of that war to drop two atomic bombs on Japan, killing more than a quarter million people. The US remains the only country that has ever used nuclear weapons in war.

Skipping over this historical fact, Biden went on to make clear that the prospect of nuclear war would not alter the war aims of the United States. “Winning the war in Ukraine is to get Russia out of Ukraine completely,” he said. “They’re defeating Russia. Russia’s turning out not to be as competent and capable as many people thought they were gonna be.”

By getting “Russia out of Ukraine completely,” Biden is referencing the Ukrainian goal of militarily retaking Crimea, which Russia considers part of its territory and which, according to Russian doctrine, could be defended with nuclear weapons.

In fact, the US goals go much further. In the wake of the collapse of Russian forces in northern Ukraine, a mood of euphoria and triumphalism has taken hold in the US political establishment. The American ruling class is determined to press the offensive.

This was expressed in a front-page article by New York Times national security reporter David Sanger, who serves as a semi-official conduit for statements by the US military and intelligence apparatus.

Under the headline, “Ukraine Wants the U.S. to Send More Powerful Weapons. Biden Is Not So Sure,” Sanger and his three coauthors write:

American officials believe they have, so far, succeeded at “boiling the frog” — increasing their military, intelligence and economic assistance to Ukraine step by step, without provoking Moscow into large-scale retaliation with any major single move.

They say that Mr. Putin almost certainly would have pushed back hard if Washington had, at the outset of the war, provided Ukraine with the kind of support it is getting now, such as intelligence that has allowed Ukraine to kill Russian generals and target arms depots, tanks and Russian air defenses with precision-guided rocket attacks.

The Times article is significant in a number of respects. First, it is another acknowledgement that the US has been directing this war from the very beginning, indeed before the beginning. It provoked the Russian invasion of Ukraine in February by systematically arming Ukraine and encouraging its plans, officially adopted last year, to retake Crimea by military means.

At every point in the nearly seven-month conflict, the US has opposed any attempt at a negotiated settlement, while funneling ever more advanced weaponry into the conflict. The transformation of the Ukrainian army into a wholly owned subsidiary of the Pentagon has reached such a point that US military strategists are beginning to worry that it is depleting the capacities of the American military itself.

This is what Sanger means by “boiling the frog.” American imperialism has taken advantage of the fact that Ukraine is not formally part of NATO to wage its war against Russia without, as of yet, leading to a direct conflict between Russia and NATO itself.

However, the claim that the US is not at war with Russia is a legal fiction. The Ukrainian military has been turned into the equivalent of a mercenary force for US imperialism that is armed, trained and directed into battle by US generals. As far as American imperialism is concerned, it is willing to fight to the last Ukrainian, with upward of 1,000 dying every day in the bloody conflict. They are being used as cannon fodder.

Second, however, Sanger makes clear that the debacle of the Russian military in Kharkiv is being seized on to escalate even further. The “more powerful weapons” referred to in the headline are ATACMS missiles, which can strike over 100 miles into Russian territory. Russian officials have stated that the provision of these weapons would be a “red line,” making the US a party to the conflict.

The article declares that Biden is “resisting” demands in the military, intelligence apparatus and Congress to officially provide the ATACMS. This, in the language of US politics, means the decision has already been made, with the Times serving as a mechanism for conditioning public opinion for the inevitable overcoming of “resistance.”

The American ruling class appears to believe that its ever more belligerent escalation of the conflict, combined with brutal economic sanctions, will compel a section of the Russian oligarchy to conclude that its interests will be better served by cooperating with US efforts to dominate Russia’s resources.

But the crisis can also lead to the strengthening of ultranationalist elements of the Russian political establishment, who are demanding that Russia respond forcefully to the US offensive, either by introducing conscription, launching missile attacks on NATO weapons hubs outside Ukraine or even using nuclear weapons.

The latter possibility is made all the more likely by the statements coming out of US ruling circles that the ultimate aim of the war over Ukraine is the dismantling of Russia itself.

Last week, former US Army Europe Commander Ben Hodges declared in an article in the Telegraph that the US is “witnessing the beginning of the end—not only of [Putin’s] regime, but of the Russian Federation itself.” This, in fact, has been the ultimate goal of American imperialism: to break up Russia and open its vast natural resources to the direct exploitation and looting of American corporations.

The reckless actions of the US can lead to desperate responses on the part of the Russian oligarchy. The consequences can be catastrophic, extending far beyond the countless thousands of Ukrainians and Russians who have already perished in the conflict. After all, Russia is not a “frog” being boiled. It has the second-largest nuclear weapons stockpile in the world.

During the Cold War, the doctrine of “Mutually Assured Destruction” meant that the United States was deterred from waging war against the Soviet Union by the prospect of a retaliatory nuclear strike that would culminate in the annihilation of both sides, and indeed all of humanity. In the days of the Cold War, the open advocates of nuclear war were confined to the extreme right of the Republican Party—figures such as Barry Goldwater and Curtis LeMay.

But now, the belief that the United States should not be “deterred” from its geopolitical ambitions by the threat of a civilization-ending nuclear war has become the refrain of both the Democrats and Republicans. But if US officials are not “deterred” by the threat of nuclear annihilation, what makes them so sure Putin will be?

Policy is being made without any consideration of the consequences. The ruling class is playing Russian Roulette with the lives of hundreds of millions of people, not only in Ukraine and Russia, but in Europe and the United States itself.

See also  DR MICHAEL MOSLEY: Why a bus pass isn't the only perk of getting older!

This staggering level of recklessness is driven, on the one hand, by geopolitical imperatives, and, on the other hand, by an escalating political, economic and social crisis within the US and the European powers in NATO.

The urgent necessity is for the development of a powerful anti-war movement, based in the working class.

The fact that there is not a faction of the US political establishment, even a single member of Congress or Senator, opposing the escalating conflict testifies to the unanimity that exists within the ruling class for war, whatever their factional divisions.

A movement of the working class against war must reject all the lies of the imperialist powers, above all the United States, which have instigated the war in pursuit of geopolitical ambitions and world domination. At the same time, no support can be given to the reactionary response of the Russian oligarchy, which combines desperate efforts to reach an accommodation with imperialism and militarist threats.

There exists a powerful social force that is capable of opposing imperialist war: the international working class. The war is being accompanied by a sweeping attack on the living standards of workers, whose wages have plummeted by 3 percent in real terms over the past year.

The crisis created by the collapse in living standards has led to a global surge of the class struggle, which is powerfully demonstrated in the movement among rail workers in the US, as well as the eruption of strikes throughout Europe, Latin America, the Middle East, and Africa.

As they enter into struggle, workers all over the world must raise the demand for an end to the war. To the ruling class’s policy of world war, workers must counterpose the strategy of class war and the struggle for the socialist transformation of society.