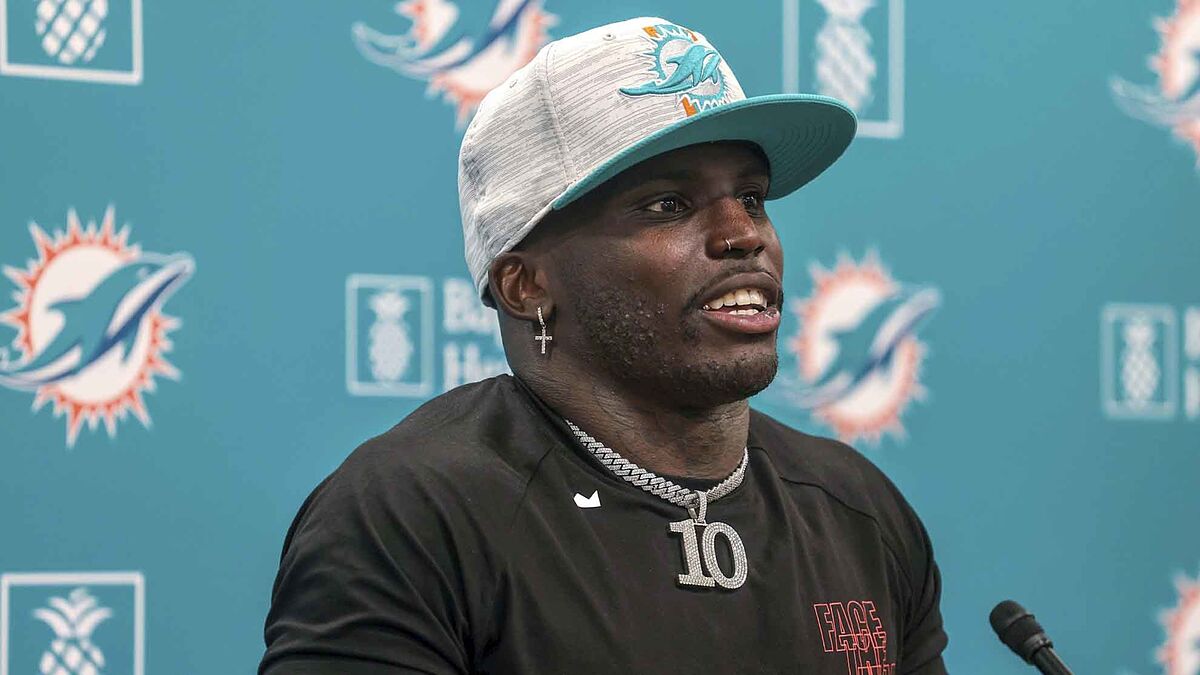 In an unexpected move in the transfer market, the Miami Dolphins acquired Tyreek Hill in a trade with the Kansas City Chiefs, which meant that the wide receiver became the highest paid player at his position.

However, it was reported that there was a possibility that he could have played for the New York Jets, but the best offer came from Florida.

When the media questioned Hill about the option that his uniform could have been Gang Green instead of Aqua and Orange, he smartly pointed out that he had always dreamed of playing for the Dolphins.

“I knew I was going to pick Miami no matter what. Like I said, I’m here all the time. This is my home,” he said.

The truth is that the negotiation conducted by his agent, Drew Rosenhaus, turned out to be a masterful move.

“There was a time when we were talking to [the Jets]; it was almost a done deal. So the Dolphins came in at the right time to pull this off, and I give them a lot of credit because there’s a lot riding on this type of contract,” the representative noted.

In this regard, Drew Rosenhaus appreciated the willingness of Dolphins officials to close a deal that will benefit both parties.

“You’re putting together a huge contract and to essentially commit $75 million guaranteed, you have to give a lot of credit to Chris Grier, Brandon Shore and, of course, Stephen Ross.”

To seal the Hill trade, the Florida team gave up five draft picks, including its first-round pick this year, but his productivity backs up the deal.

In his six seasons in the NFL, he has been invited to the Pro Bowl in all of them and on three occasions he has been part of the All-Pro first team.

As a wide receiver he has 6,630 yards and 56 touchdowns after catching 479 passes in 91 NFL games. On the ground he has accumulated 719 yards and six touchdowns.

Ruben Randall - November 11, 2022 0
TV/Movies
A lot of reporters and public intellectuals were writing their obituaries for Twitter this weekend. First, we saw the revolt of the Blue Checkmarks....