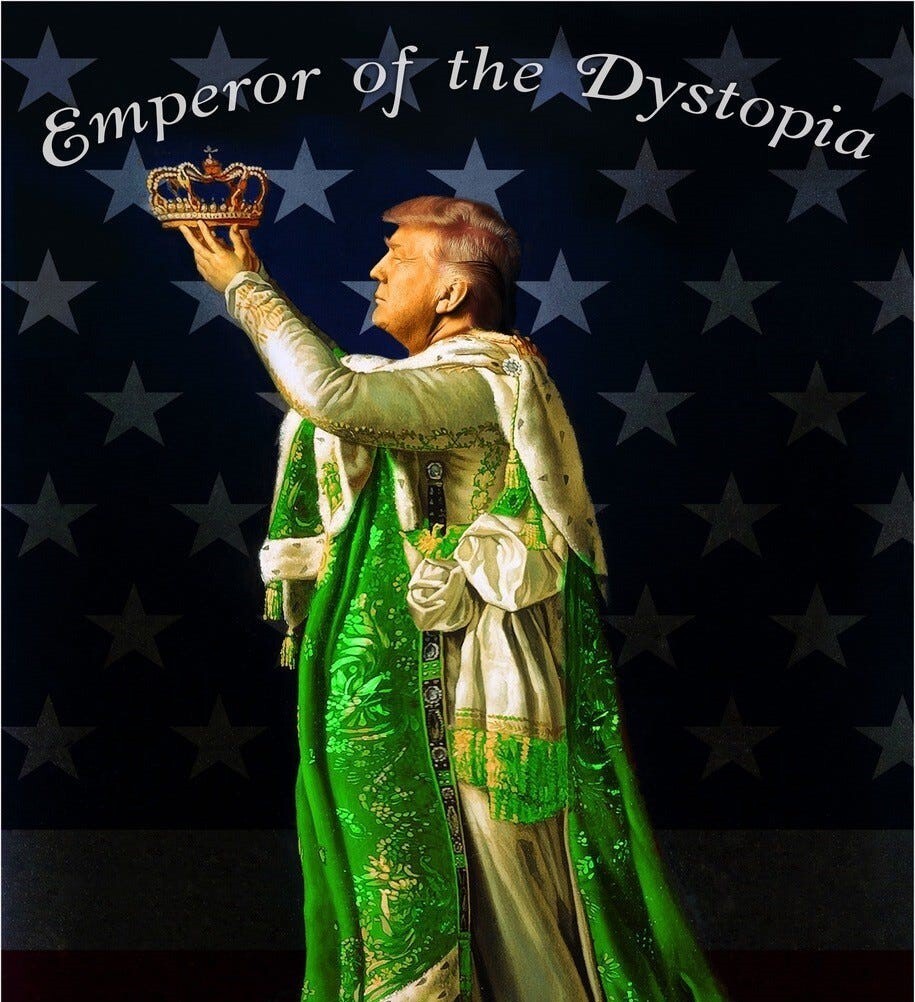 If you are not already transfixed by the daytime soap known as ”every other January 6 Committee Hearing,”  it’s time.  Each new hearing brings a new revelation and advances the understanding of what really happened in America over the past few years.  The theme has been unrelenting—Trump’s political debut began with a ride down an escalator and finally ended up in the basement.  Almost lost in these proceedings is the debauched circle of hirelings, hangers-on, sycophants– losers who populated the dark alleyways of “Trumpworld.”  Yes, I hate that term, too, but it is so appropriately descriptive. In this world where lies are rechristened alternative truths and ambition knows no bounds, the callous and depraved hold court.  It is a world in conflict with the real world the rest of us live in. This was indeed Trump’s world and the hearings have dragged its denizens out into the open.  Those who have found shreds of their former souls have testified —some voluntarily, others after contesting the committee’s legal subpoenas.  The latter required the cover of law to preserve reputations as MAGA-friendly remnants of a cause they were forced to betray.  They fear for futures that no longer exist for them in either world. They are the survivors—and the dead-enders.

It was hard to listen as they told their tales. Their testimony incriminated their own moral blindness as it uncovered the criminality that they so willingly participated in.  Bill Barr’s tortured retelling of one of the few legal interactions with his crime boss during which he told him that the election was lost. The scene stands in stark relief to his willful subversion of the Mueller Report.  Barr is no hero and his testimony hardly helps in exonerating his own complicity in maintaining and furthering an illegitimate defense of the president’s criminality. Barr’s unscrupulous tenure as Trump’s AG facilitated even greater crime and corruption from an emboldened president.

Even more disturbing was listening to Pat Cipollone as he attempted to absolve himself of the illegalities he may have aborted or others he may have covered up. He was Trump’s legal “fixer”, his wartime consigliere.  Cipollone wasted his legal prowess preventing bad decisions from becoming worse, and preventing the president from even more vile transgressions. How do we praise Russell Bowers professing his ire and indignation at being pressured to perform illegal acts– to turn his state election to Trump— but then offering the paradoxical absurdity that, if nominated he would vote again for Trump.

I spent my whole adult life in that building,” Ryan told The Atlantic’s Leibovich. “And I saw my friends, a lot of cops, some of my old security detail – I’m still friends with a bunch of those guys. It really disturbed me, foundationally.”

— Thank You For Your Servitude, by Mark Leibovich

Paul Ryan was an early dropout from Trumpworld, he retired after only 4 years as Speaker.  He left ostensibly to spend more time with his family.  Upon his leaving, Trump labeled him a “pathetic loser.”  Ryan was lucky, he was an early casualty of the mayhem that would follow.  When he was In a position to fight and push back on Trump’s abuses of power, he chose to surrender. He was a survivor, but no hero.

Those who remained and chose to testify to the Committee are the best of a sad lot of fellow survivors, residents of Trumpworld whose testimony for the most part sounded like a hostage debriefing. And yet they are conspicuous in their choice to do the right thing, as it were, despite their motives when compared to all the others who have decided to do nothing. My mind goes back well beyond the more recent presidential enablers and sycophants like Mike Lindell, Sidney Powell, Roger Stone, and Rudy —to the so-called Republican Party-installed “guardrails” —that entered the White House with reputations as statesmen.  For every “Mad Dog” Mattis and John Kelly, the early cabinet offices were disgraced with the likes of Wilbur Ross, Betsy DeVos, Rick Perry, Jeff Sessions, and other lackluster appointments. Add Mike Pence to this list of toadies. who showed up when it was far too late to save the nation from Trump’s destructive insurrection, but just in time to make sure he wouldn’t be blamed for it.

But the Republican Party deserves special mention for its disgraceful acquiescence to the anti-democratic and unlawful acts of its president.  As they basked in his power, they hid beneath their own irresponsible behaviors and that of their members. Mitch McConnell, Lindsey Graham, et. al., have abided the Marjorie Taylor Greens, Jim Jordans, the Josh Hawleys, and Kevin McCarthys whose near-daily embarrassments have shielded the leaders from more scrutiny. The news cycle attracted to crazy at the cost of rank evil often buried the lede.  Ultimate insider, Mark Meadows, was being groomed by Trump as a precursor to a new generation of Trumpworld leadership, cowardly, self-serving, and traitorous.  Finally, poet laureate of the lot, disgraced and disbarred former mayor of New York, Rudy Giuliani, whose physical appearance after the election loss rival the worst of Batman’s most outrageous villains.  No golden-tongued orator, Trump’s legal alter ego traded in such non-legalese jibberish only rivaled by his language-challenged BFF and fellow conspirator:

“Listen, how much of this shit do we need to listen to, right”

Trump at Mar-a-Lago private fundraiser on his decision to kill Qasem Soleimani, January 17, 2020,

A WHITER SHADE OF PALE

These folks don’t get it.  Their behavior and the policies they are forcing on us are a fundamental reshaping of America.  Trump, in this scenario, is more symptom than cause—his acolytes more pawns than clever mavens. Their political “movement”  has become a not-so-subtle cover for a corrosive nativism agenda promoted by white supremacists:

Adherents of white nationalist groups believe that white identity should be the organizing principle of the countries that make up Western civilization. White nationalists advocate for policies to reverse changing demographics and the loss of an absolute, white majority. Ending non-white immigration, both legal and illegal, is an urgent priority – frequently elevated over other racist projects, such as ending multiculturalism and miscegenation – for white nationalists seeking to preserve white, racial hegemony.

White nationalists seek to return to an America that predates the implementation of the Civil Rights Act of 1964 and the Immigration and Nationality Act of 1965. Both landmark pieces of legislation are cited as the harbingers of white dispossession and the so-called “white genocide” or “great replacement” – the idea that whites in the United States are being systematically replaced and destroyed.

This effort requires leadership that is politically parasitic—one that would accommodate the unraveling of a system of values and ethical governance in exchange for the realpolitik of power.  The Republican Party has made that bargain and “Trumpworld” has become synonymous with their worldview—a world in which white men are deemed to possess superior DNA.  It is a world that tolerates diversity but only to the extent that all others—women, persons of color, the LGBTQ community, etc, accede to their own inferiority.

“Trumpworld” has little in common with modernity, it is reimagining capitalism that is an admixture of feudalism and fascism.  This new reality would have us redistribute human rights like lords and captains of industry allocated property and wealth among their serfs. Their largesse is in the form of a gift that is granted and is earned through abject servitude to their will.

AN APOCALYPSE OF ONE

Current Republicans wish to create that world in our time and with our compliance.  They offer for our allegiance the dual “protections” of conservatism, stability, and order, each of which is a lie.  In their world stability is achieved through subjugation, order is a product of raw power.  They have shown over the past half-century that the America that has been evolving in fits and starts toward a more diverse and tolerant nation is not one they are comfortable living in. The rest of us must make it clear with our votes and voices that their alternative world is one we will not abide, one we refuse to live in.  Sinclair Lewis once famously predicted that “When fascism comes to America, it will be wrapped in the flag and carrying a cross.”  It is here.  The warning signs were all around us to see and hear as the forces of intolerance marshaled power under the cover of radical conservatism:

“Before mass leaders seize the power to fit reality to their lies, their propaganda is marked by its extreme contempt for facts as such, for in their opinion fact depends entirely on the power of man who can fabricate it.”

— Hannah Arendt, The Origins of Totalitarianism

The door to this cowardly new world was breached not by a rabid adherent, by one of the true believers and formulators of the movement.  Rather, the way was paved by an autocratic nihilist, one who believed in nothing but personal satisfaction, but who allowed others free rein to act on his behalf.  Trump, not particularly religious, appealed to their gods.  A man, not particularly bright or clever, appealed to our naivete:

“Rule #1: Believe the autocrat. He means what he says. Whenever you find yourself thinking, or hear others claiming, that he is exaggerating, that is our innate tendency to reach for a rationalization. This will happen often: Humans seem to have evolved to practice denial when confronted publicly with the unacceptable.”
—Masha Gessen (New York Times Review of Books, Nov 26, 2016)

To the extent that Trump could form a philosophy, his would likely be apocalyptic.  One would hope that it would be a personally iconic and unique finale.  In an eponymous world of misfits and losers, a land that staves off the future, citizen Trump is the definitive dead-ender.

Atlanta Cast and Character Guide (And What They’re Doing Next)

Ruben Randall - September 15, 2022 0
TV/Movies
After six years and four seasons, the FX comedy-drama Atlanta will touch down for the final time this year. The series led by Donald...