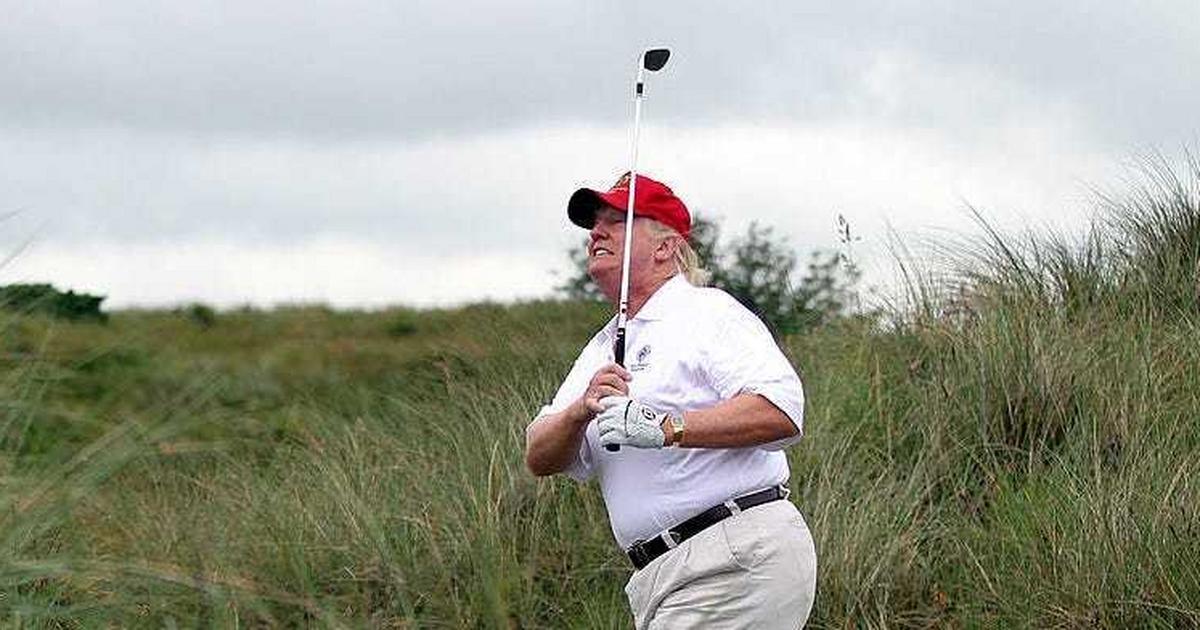 Donald Trump nudged Sen. Lindsey Graham to speak up on his behalf about how great his golf game is, according to a new book.

The exchange between Trump and the Republican senator from South Carolina happened when Graham called Trump while two reporters were in the middle of interviewing the former president.

“Most importantly, would you tell them one thing: Can Trump play golf?” Trump told Graham, according to the forthcoming book “This Will Not Pass: Trump, Biden, and the Battle for America’s Future.”

A four-term senator, Graham has mostly been a close ally of Trump. The one notable exception was after the Capitol riot when Graham said on the Senate floor “count me out.” As the book recounts, Graham slowly returned to Trump’s orbit after the former president was impeached a second time and left office in January 2021.

Trump was talking to “This Will Not Pass” authors Jonathan Marin and Alex Burns when Graham called. Trump then put Graham on speakerphone.

“Tell them about the Trump endorsements,” Trump instructed the senator, according to the book. Graham responded, “‘President Trump’s endorsement is the most consequential endorsement of any politician I’ve seen in my 20-something years.”

Graham’s comments about Trump came less than a month after the insurrection.

As for Trump, the former president loves to talk about his golf game. He recently sent out a statement describing a hole-in-one while claiming in the same statement that he’s “a very modest individual.”

Sportswriter Rick Reilly wrote an entire book about how Trump’s approach to golf explains everything you need to know about him.

“He’ll cheat you on the course and then buy you lunch,” Reilly wrote.

While some professional golfers have said Trump is quite good. Golf legend Jack Nicklaus told Bloomberg in 2019 that Trump was “probably the best” of all the presidents he’s played with.

“Trump plays pretty well. He plays a little bit like I do,” Nicklaus, who still holds the record for most major tournament wins, said at the time. “He doesn’t really ever finish many holes. But he can hit the ball, and he goes out and plays and just enjoys it. But he’s won several club championships. He can play.”

Dave Franco and wife Alison Brie share a sweet kiss as the enjoy the...

In Alaska, the Race to Succeed Don Young Is Raucous and Crowded

About Uttarakhand’s Tungnath, the abode of Lord Shiva