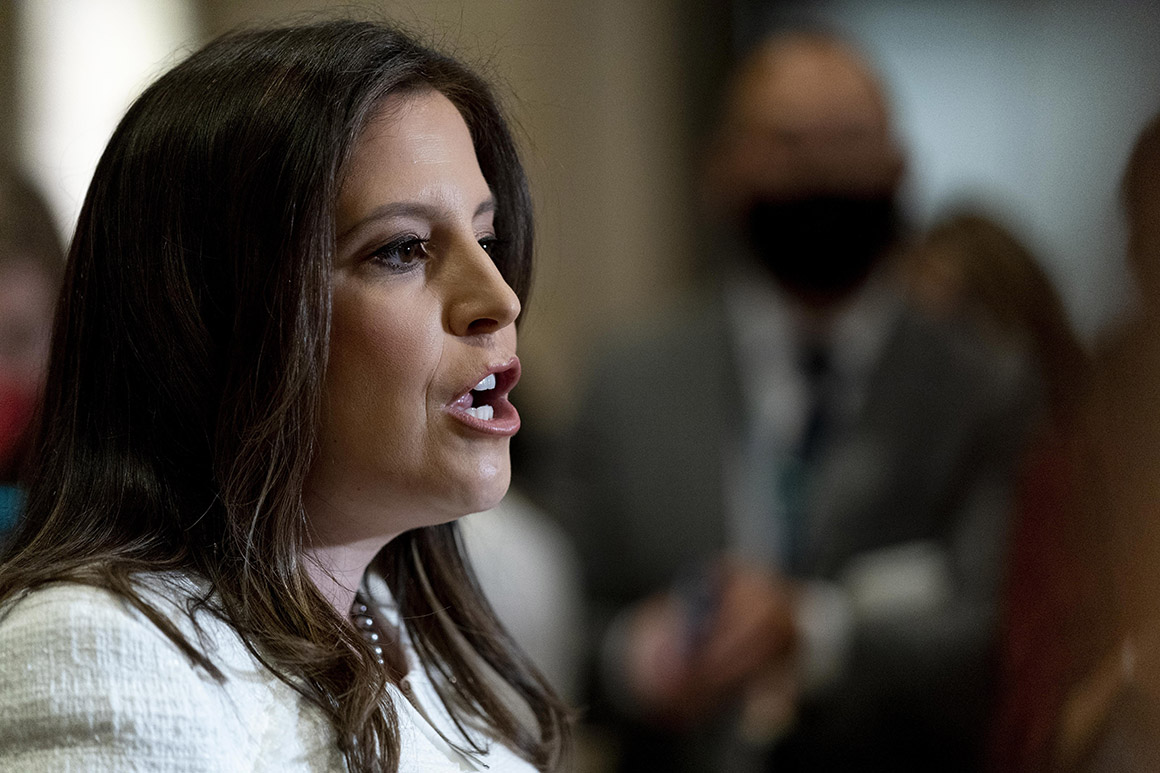 POLITICO was unable to confirm the veracity of the pro-Stefanik whisper campaign against Banks. But whether real or rumor, the pushback from allies of the former president’s eldest son could imperil the New York Republican’s hopes of elevating to a bigger party post. One year after deposing anti-Trump Rep. Liz Cheney (R-Wyo.) from the No. 3 House Republican post, Stefanik is now considered a contender for the whip’s role in a potential GOP majority next year.

A Stefanik spokesperson denied that Trump Jr. allies had relayed any such message, calling it “another desperate attempt to falsely and anonymously smear Congresswoman Stefanik and her team.”

“No one has reached out to our team about this malicious dishonest rumor other than you,” said spokesperson Ali Black. “While others seem to be focused on attacking Congresswoman Stefanik, she is laser focused on giving 100 percent as Conference Chair and representative for NY’s 21st District.”

One Republican familiar with the conversations said the behind-the-scenes furor began when people in Trump Jr.’s circle heard about Stefanik’s team making comments to the press that targeted Banks and Buckley Carlson, who’s worked for the Republican Study Committee chair since 2019. Trump Jr. allies made their displeasure with Stefanik clear through mutual friends, according to this Republican.

A spokesperson for Banks’ office did not respond to a request for comment.

These races get cutthroat, and they’re cutthroat because they’re about the race that is going to happen immediately after the elections, but also about setting yourself or allies up for future races.

While Trump Jr.’s allies may have offered their displeasure with Stefanik, it appears she hasn’t alienated the former president himself. Stefanik is slated to deliver a “special video address” at the former president’s rally for Cheney challenger Harriet Hageman in Casper, Wyo., this weekend and is poised to headline a rally with Trump early next month at Trump National Golf Club in her home state.

Encouraging reporters to run negative stories about political rivals is hardly rare on Capitol Hill, particularly as jostling begins to intensify among House Republicans seeking to climb the leadership ladder under next year’s increasingly likely GOP majority. Stefanik has options for her next role. But exploring them means she will likely invite a slew of possible competitors should she run for posts like the majority whip or conference chair next year. That potentially includes Banks.

But any efforts to raise Buckley Carlson could be the political equivalent of touching the third rail: The son of one of conservative media’s most influential voices has his own friends in powerful circles.

“These races get cutthroat, and they’re cutthroat because they’re about the race that is going to happen immediately after the elections, but also about setting yourself or allies up for future races,” said GOP strategist Doug Heye, who previously worked for former House Majority Leader Eric Cantor (R-Va.). “Going to the press is the quickest way to do it. And part of the irony here with Republicans is so often they’ll say, ‘Well, you can’t believe the Beltway media.’ But this is where these games play out, right?”

Stefanik’s relationship with Donald Trump may remain on solid footing. She continues to present herself as one of his most loyal supporters on Capitol Hill, calling herself “ultra MAGA” in a nod to his backers’ embrace of a label that Democrats have tried to use against them.

Her standing with Tucker Carlson, however, is shakier. The Fox News host has criticized her on-air for her support of Ukraine aid, giving voice to conservative skepticism about her once-moderate persona that she has worked to bury. The elder Carlson criticized the idea of a future speakership bid by Stefanik on his show last month, calling her “a puppet of the Democratic Party.” 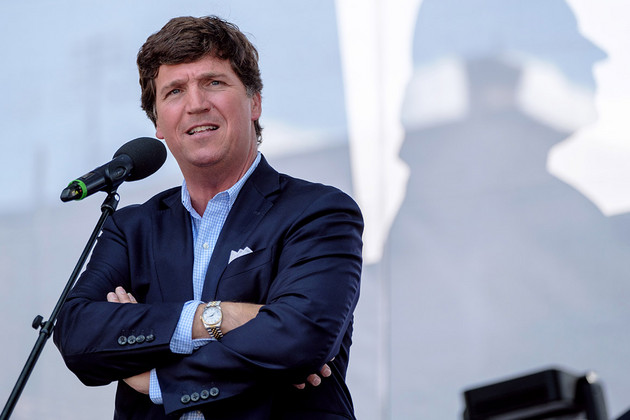 It’s clear that the 37-year old Stefanik plans to rise higher in the GOP, having minted friends in the party from her work electing Republican women through her PAC even before she took Cheney’s place as the highest-ranking woman in congressional party leadership. But where her upward trajectory takes her next is less certain.

For months, senior Republicans saw signs that she was gearing up for a run for the whip role if the House flips next year, as polling projects and historical trends reflect. Still, some House Republicans believe she’s stepping back from a whip race that could pit her against National Republican Congressional Committee Chair Tom Emmer (R-Minn.), Chief Deputy Whip Drew Ferguson (R-Ga.) and Banks, as first reported by the Washington Examiner.

But other Stefanik colleagues suggested nothing has been ruled out. She could also choose to run again for conference chair or seek the top GOP spot on the Education and Labor Committee.

“In case you haven’t noticed, it’s people like Tucker Carlson and Elise Stefanik who have been taking incoming hit pieces from the media and the Left. No one across America knows or cares about Jim Banks — or how he runs his office,” one senior Republican said of the Stefanik speculation, speaking candidly on condition of anonymity. “The more hit pieces on Stefanik that are unloaded anonymously, the weaker the other whip candidates look because it is clear they are fearful of her strength, have never been under any scrutiny themselves, and can’t run for whip on their own merits.”

And CNN reported this week that she’s being considered as a potential Trump running mate if the former president opts to run again in 2024. But other Republicans in his orbit have said that while he’s expressed interest in running with a female candidate, any speculation about 2024 is premature.

Meanwhile, Stefanik is already feeling the sting of a rising national profile in the form of recent negative news coverage — including blowback for a tweet about “pedo grifters” and an immigration ad that Democrats blasted as echoing the racist “replacement theory.”

Alex’s War, a Documentary Study That Misses the Big Picture