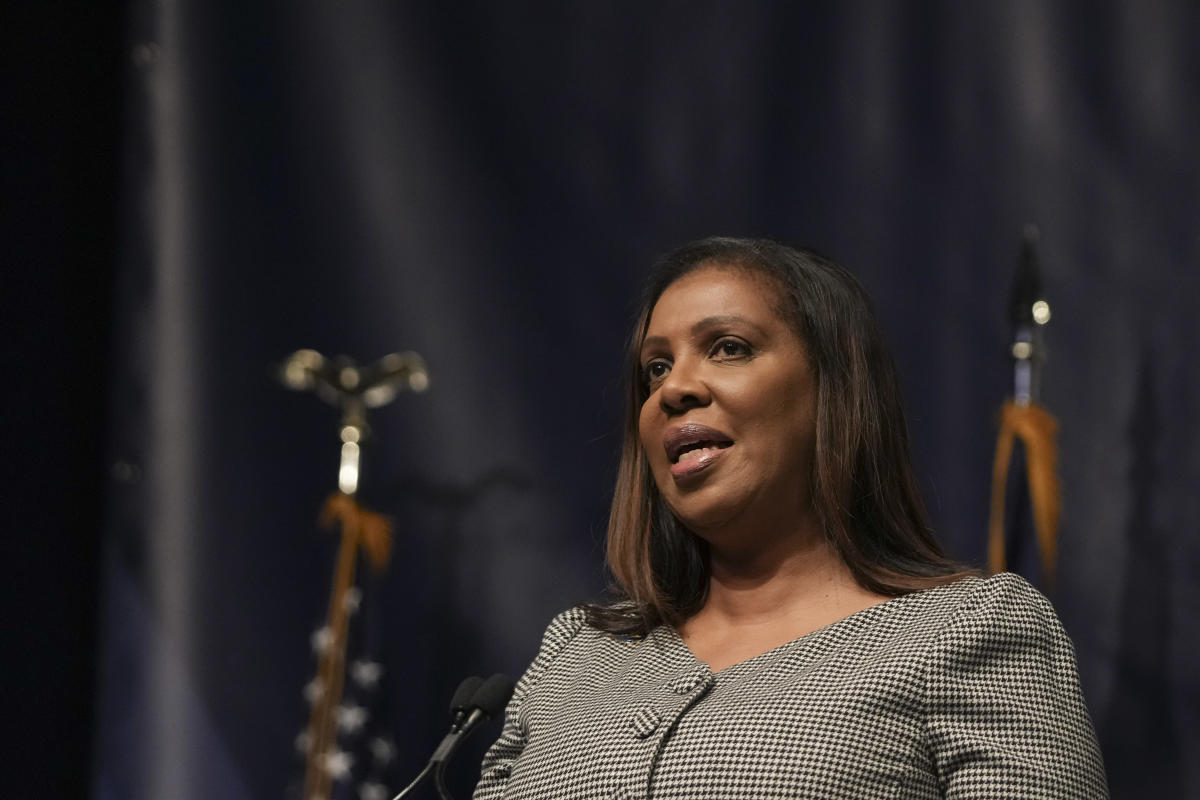 For decades, Donald Trump has boasted with impunity about a subject close to his heart and ego: his net worth.

“I look better if I’m worth $10 billion than if I’m worth $4 billion,” he once said when disputing his ranking on the Forbes billionaires list. In a court case, he acknowledged that when it came to describing the value of his brand, “I’m as accurate as I think I can be.” And when he described his self-aggrandizing style in his book, “The Art of the Deal,” he chose a phrase that has followed him ever since: “truthful hyperbole.”’

But now, Trump will face questions under oath about that pattern of embellishment in an investigation that may shape the future of his family real estate business. The former president and his eldest daughter, Ivanka Trump, are expected to be questioned later this month by the New York state attorney general’s office, which has been conducting a civil investigation into whether he and his company fraudulently inflated the value of his assets. His son, Donald Trump Jr., was interviewed last week, according to people with knowledge of the matter.

Sign up for The Morning newsletter from the New York Times

The attorney general, Letitia James, has argued in court papers that “fraudulent or misleading” business practices reigned at the Trump Organization for years, and she has said her investigators must question the Trumps to determine who was responsible. Trump fought hard to avoid an interview, but a judge ordered him to face questioning, and investigators will seek to elicit answers that might reveal whether he approved any bogus valuations of his hotels, golf clubs and other assets.

Even a single misstep in the deposition could be costly for Trump, who is also the focus of a separate criminal investigation into the same issues. Although that investigation by the Manhattan district attorney’s office lost momentum early this year, prosecutors are planning to review Trump’s answers and any incriminating statements or clumsy comments could breathe new life into it.

Trump has derided James’ inquiry as a politically-motivated “witch hunt” and denied all wrongdoing.

The former president, who is no stranger to being deposed, will present unusual challenges and opportunities for James’ lawyers, according to accounts from people who have questioned him under oath in the past and a review of nearly a dozen depositions. He is quick to spar with his inquisitors and often struggles to restrain himself, once telling a lawyer that her questions were “very stupid.”

The deposition comes at a precarious moment for Trump, who is facing increasing legal scrutiny for his effort to overturn the 2020 election. Federal prosecutors investigating the Jan. 6 attack on the Capitol are asking witnesses about him, a House committee has uncovered new details about his conduct in the wake of the election and a district attorney in Georgia has convened a grand jury to look into possible election interference by Trump and his allies.

The interviews will mark the final stage of James’ three-year civil inquiry, teeing up one of the most consequential decisions of her tenure: whether to sue Trump and his company. James, facing the likelihood that a lawsuit would bring several more years of legal wrangling without victory assured, could first pursue settlement negotiations with the former president’s lawyers to extract a swifter financial payout.

If James does bring a lawsuit, and Trump loses at trial, a judge could impose steeper financial penalties on the former president and even restrict his business operations in New York, all in the midst of a 2024 presidential campaign that he has long hinted he will join.

James, a Democrat running for reelection, has assumed the role of Trump’s chief antagonist in New York. And in recent months, she has adopted an unusually aggressive legal strategy — including persuading a judge, Arthur F. Engoron, to hold the former president in contempt of court — as she battled to obtain his documents and testimony.

The depositions, while a victory for James, might not deliver a smoking gun. Trump could assert that he delegated the valuation of his assets to employees, and that he was not deeply involved, or he could invoke his constitutional right against self-incrimination, declining to answer at least some questions.

But people familiar with Trump’s approach to legal battles expressed doubt that he would keep quiet. Unlike in criminal cases, a jury in civil cases like the one James might bring can draw a negative inference from a defendant’s refusal to answer questions. And if Trump relies on his Fifth Amendment privilege — as his son Eric Trump did hundreds of times in an interview with James’ office two years ago — that could raise questions about what he might be seeking to hide and provide fresh fodder for his political opponents.

Trump himself has ridiculed witnesses for invoking their Fifth Amendment rights, once remarking that “You see the Mob takes the Fifth,” and that, “If you’re innocent, why are you taking the Fifth Amendment?”

James’ inquiry centers on whether Trump’s annual financial statements were a work of fiction — a vehicle for exaggerating the value of his real estate so that he could secure favorable loans and other financial benefits. James, who has said that Trump “got caught” using “funny numbers in his financial documents,” is examining whether Trump and his company used inflated valuations to mislead banks and the IRS.

In challenging James, Trump’s legal team would be likely to argue that he was entitled to some leeway in valuing his real estate, a process that is widely viewed as more art than science. Trump’s financial statements contained disclaimers that the value of his properties had not been audited or authenticated.

Trump’s lawyers might also argue that the banks that received his financial statements were hardly victims; these lenders made millions of dollars from their dealings with Trump, who recently paid off some of his largest loans.

Any lawsuit James might bring could have some holes as well: Trump famously does not use email, so any directions he might have given his employees about drafting the financial statements were probably not in writing.

Trump is no novice when it comes to facing questions under oath, having navigated numerous depositions in private lawsuits throughout his half-century in the public spotlight. When asked in 2012 how many depositions he had participated in, Trump, perhaps hyperbolically, put the number at “over 100.”

Yet the stakes are higher this time, with Trump facing scrutiny not from private lawyers but government investigators, a relatively rare occurrence for the former president. While Trump responded to questions from the special counsel, Robert Mueller, he did so only in writing.

And unlike Mueller, who did not examine Trump’s personal finances, James’ lawyers have spent three years investigating the minutiae of his company’s operations.

If past depositions are any guide, Trump will be likely to strike a combative tone with James’ lawyers while portraying himself as the unwitting victim of a vindictive legal opponent. He might also lob the occasional insult at his interviewers. (In a 2011 deposition, he called a female lawyer “disgusting” after she requested a break to pump breast milk for her daughter and displayed the pump to illustrate her point.)

That apparent lack of discipline could work to James’ advantage, lawyers who have deposed him said. Trump thinks of himself as his own best advocate and might ignore advice from his attorneys to avoid directly answering questions.

“He’s completely fearless in a deposition,” said Jason A. Forge, who represented the plaintiffs in a lawsuit against Trump’s for-profit education venture, Trump University, and questioned him under oath. “He’s way more engaged than a normal witness, and you can tell he enjoys the challenge and revels in the verbal sparring,” said Forge, who predicted that there was “no way” he’ll refuse to answer questions.

In short, he added, Trump was “the dream deponent.” The lawsuit ended in a settlement.

Trump’s willingness to talk arguably hurt him in a 2007 deposition for a lawsuit that also centered on the value of his assets.

In that case, Trump had sued journalist Timothy L. O’Brien for writing a book that cast doubt on the size of his net worth, but in the deposition, O’Brien’s lawyer coaxed out a series of admissions from Trump, who acknowledged: “Even my own feelings affects my value to myself,” and said that his net worth “can vary actually from day to day,” and that he determined it by gauging “my general attitude at the time.” He then added, “And as I say, it varies.”

“Have you ever exaggerated in statements about your properties?” O’Brien’s lawyer asked him.

“I think everyone does,” Trump replied.

The former president will have an added incentive to avoid candidly answering James’ questions: the lingering criminal investigation into the very same conduct. That inquiry faded from view early this year after the district attorney, Alvin L. Bragg, declined to indict Trump.

Bragg, who could utilize Trump’s statements in the civil deposition as evidence against him in a potential criminal case, has already said that he intends to take careful stock of Trump’s answers.

In the depositions, James’ investigators are likely to home in on Trump’s involvement in his annual financial statements. Trump, who is synonymous with the Trump Organization, had authority over all its operations, and through questioning, investigators will try to deduce a connection between his actions and the “misstatements and omissions” that lawyers for James told a judge that they had found in the documents.

Her lawyers have also identified instances in which his two adult children made use of the documents: Ivanka Trump submitted them to Deutsche Bank, the company’s largest lender, and Donald Trump Jr. issued financial statements related to the assets in his father’s trust. Their depositions will be likely to explore their roles at the company and their knowledge of the financial statements.

James’ investigators also are likely to press Trump about his relationship with his longtime accounting firm, Mazars USA, which compiled his annual financial statements. In February, James revealed that Mazars had cut ties with Trump.

A lawyer for James, Kevin Wallace, explained at a court hearing this spring why the investigation had taken so long, telling a judge that although the Trump Organization’s assets are as snarled and impenetrable as “a Russian nesting doll,” the attorney general’s office had managed to obtain “a very complete record.”

Tyson Fury net worth 2022: How much money will Gypsy King earn from Derek...