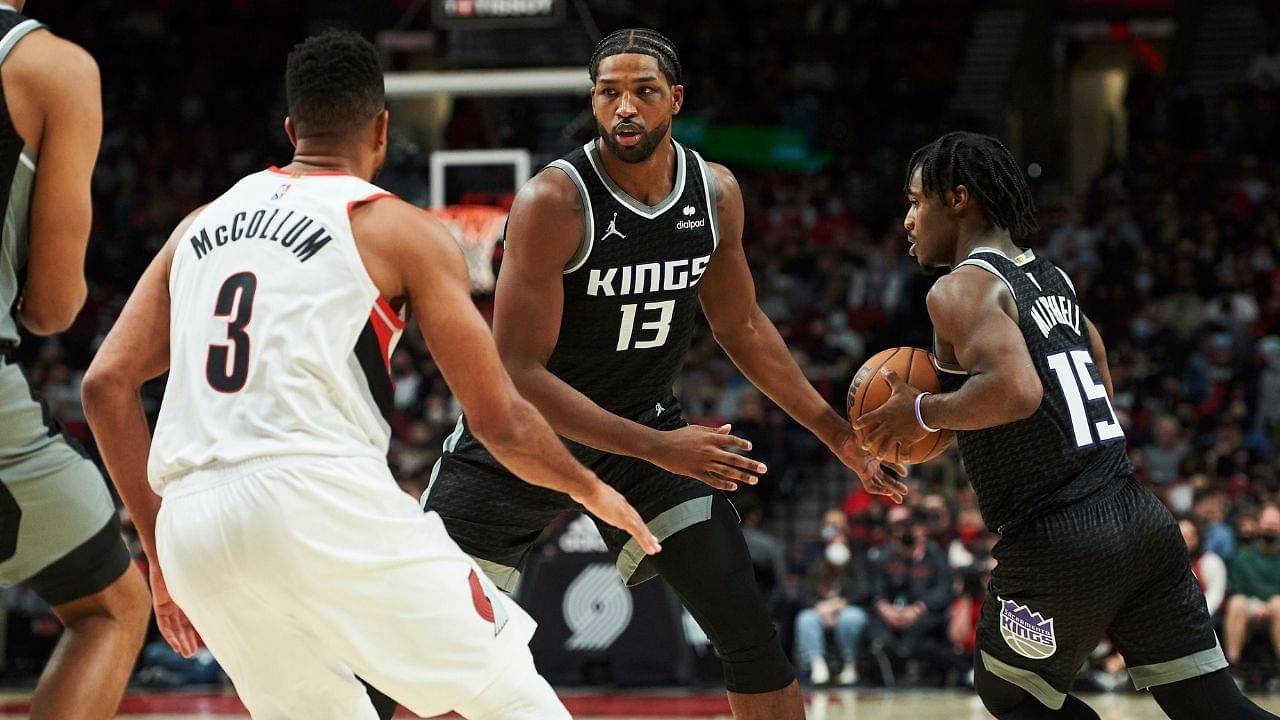 NBA Twitter calls out Tristan Thompson for dressing up as Pop Smoke for Halloween; say that he needs to stop disrespecting him.

Halloween is celebrated in quite the grand fashion by North American athletes as they go all out for their outfits, regardless of whether or not they have a game coming up that same night. Tristan Thompson clearly understood that he could pull off one of the best costumes for Halloween 2021 and did so following a close loss against the Mavericks.

Other players around the league also showed out last night as LeBron James dressed up as Freddie Krueger, Russell Westbrook as Chucky, Robin Lopez and his girlfriend as Batman and the Penguin, amongst many others. It’s clear that there was a considerable amount of effort put into these costumes.

Also read: “Anthony Davis dressed up as something he’s not for Halloween: a center”: NBA reporter pokes fun at the Lakers superstar finally starting at center against Rockets

Tristan Thompson, though he didn’t dress up as a traditional horror movie villain, did go all out by paying homage to a late rapper. Safe to say that Twitter had mixed reactions to Thompson’s outfit.

Tristan Thompson decided to suit for Halloween 2021 as the late New York based rapper, Pop Smoke, and in all honesty, he seemed to have pulled off the look for the most part. Of course, the former Cavalier does not have the voice to emulate Pop to a ‘T’ but visually, he looked bang on.

NBA Twitter however, was not having it. They called out the Kings center for ‘disrespecting’ Pop Smoke and told him to never do it again.

Don’t ever disrespect pop smoke that like ever again

There were a few positive reactions to the outfit who claimed Tristan Thompson did in fact, pull off the outfit but the overwhelming disapproval seemed to tower over the scarce comments that commended his look.