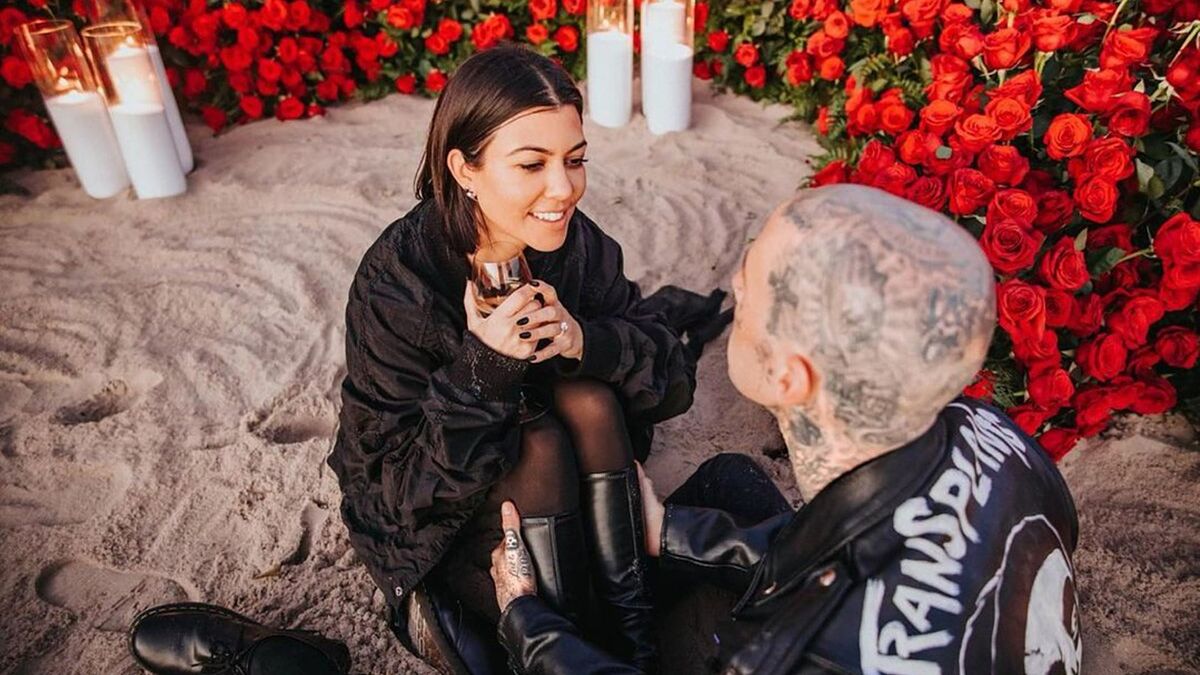 Kourtney Kardashian became teary-eyed as she discussed her children’s absence from her engagement to Travis Barker.

“I wish my kids were here,” the mother of three confessed on the most recent episode of Hulu’s “The Kardashians.” “I believe it would have made them feel more involved and part of the surprise.”

In October, Kardashian and Barker got engaged, with Barker proposing to her at a beachside hotel in Montecito, California.

Many of their close family members were in attendance, including Kourtney’s sisters, Kim, Khlo, Kylie, and Kendall.

However, Kourtney’s three children from her previous relationship with Scott Disick: Mason, 12, Penelope, 9, and Reign, 7, were left out by their mother, Kris Jenner.

“I’m not sure if any of us know exactly how they’re going to react. I think it’s her decision to break it to her kids how she wants,” said Kris Jenner.

Penelope was crying after the 43-year-old shared the news with her children via FaceTime. ‘Do you want to know what my surprise was? We got engaged! Is that upsetting?’ Kourtney told her daughter.

Khloe Kardashian, Kourtney’s sister, then tried to understand the kids’ feelings by comparing it to how she and her sisters felt when Kris Jenner proposed to their stepmother Caitlyn Jenner

See also  Celebrities Had First Cars Just Like Everybody Else

‘Poster Child’ of the Tech Meltdown