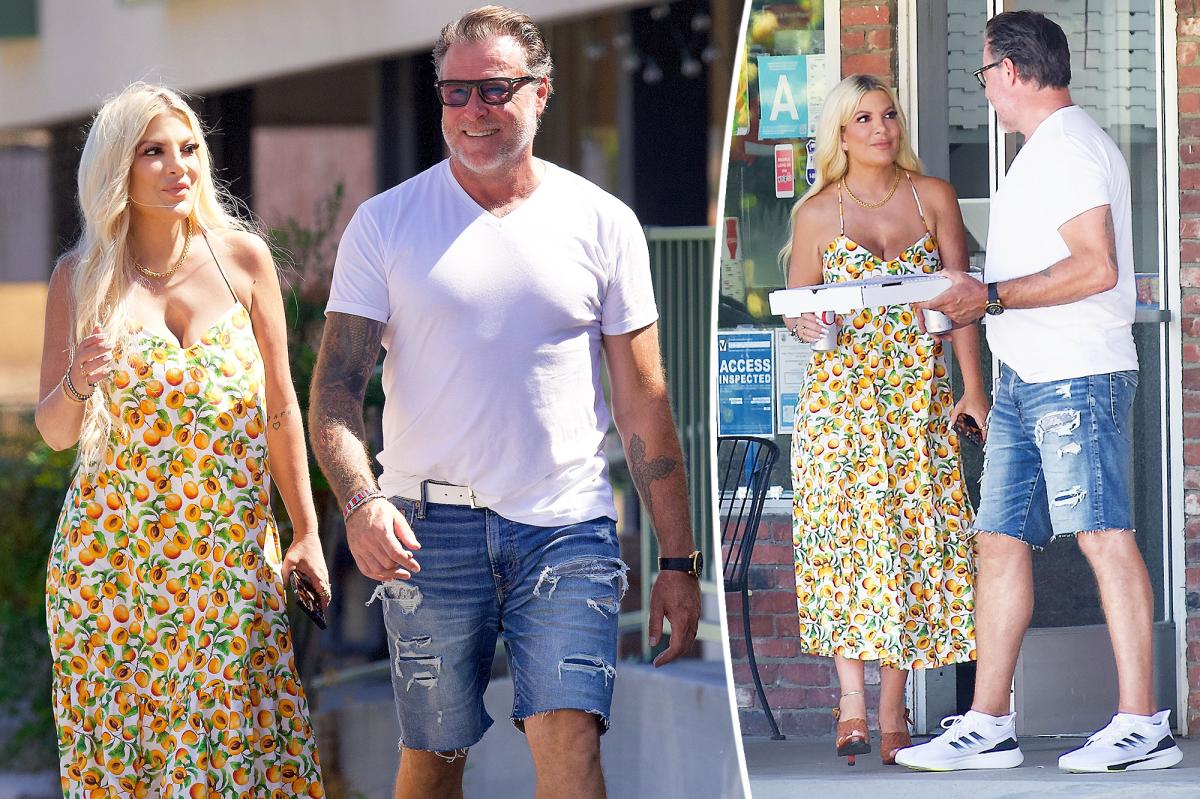 Tori Spelling and Dean McDermott appear to have reignited the spark in their relationship more than a year after fueling divorce rumors.

The married couple was spotted picking up a pie of pizza together in Calabasas, Calif., on Thursday, and their facial expressions seemed to be pure bliss.

In the photos, Spelling, 49, was seen dressed in a pretty summer maxi dress with lemon prints and brown sandals for the casual outing.

Both were noticeably wearing their wedding bands after foregoing their sparklers in previous sightings.

Spelling and McDermott have been married for 16 years. 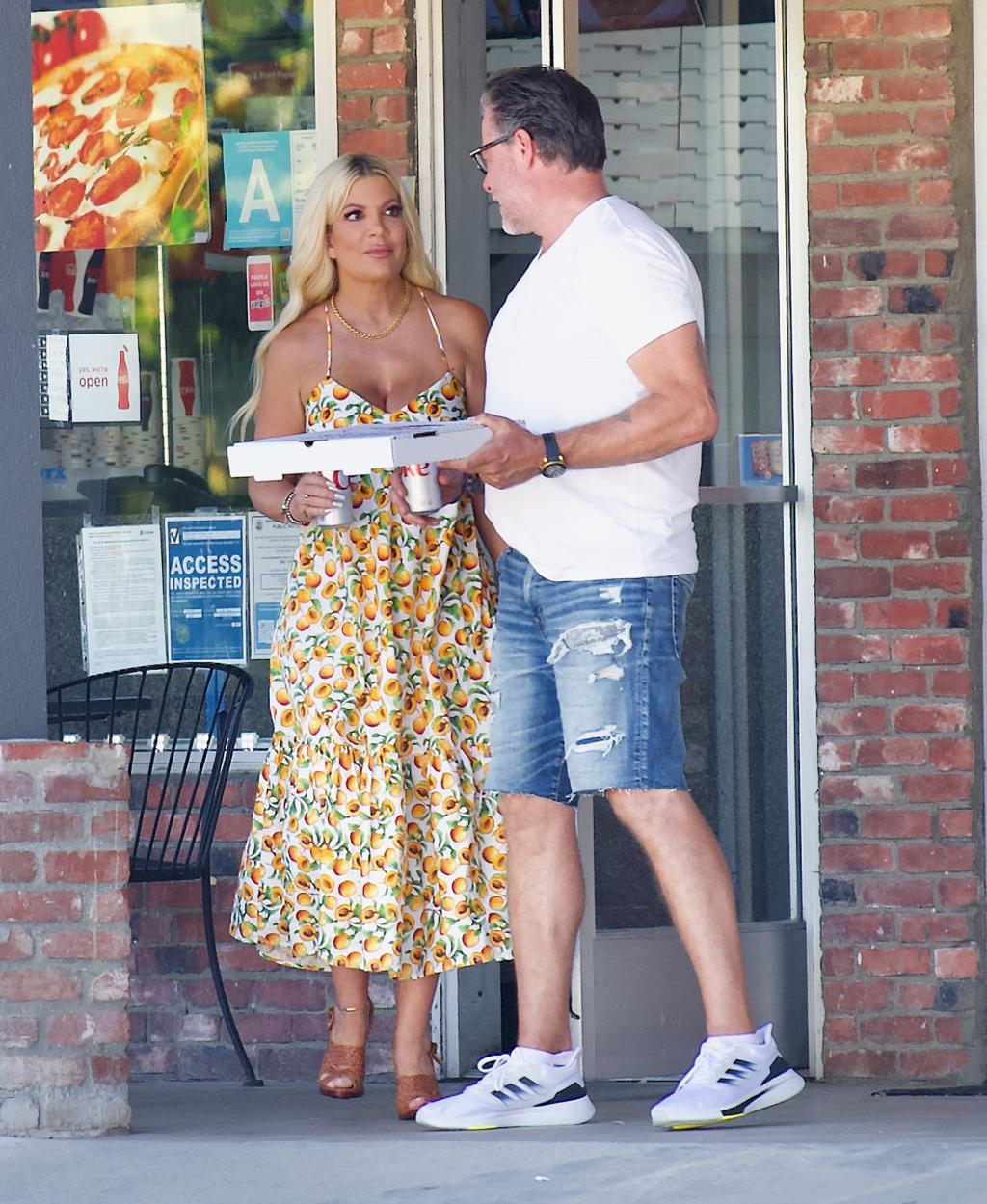 Spelling and McDermott have been married for 16 years.

Lavigne rocked a hoodie that read, “Skateboarding is not a…

As the pair first walked up to the local pizzeria, the “Beverly Hills 90210” alum was seen walking very closely next to her husband, who was photographed flashing a big smile.

They then walked out of the eatery together with a pizza box in hand and, again, were in good spirits.

In March 2021, Spelling first hinted at trouble in her marriage when she revealed that the couple slept in separate bedrooms.

“You know what? Right now, my kids and dogs sleep in my bed,” the “Saved By the Bell” actress said on SiriusXM’s “Jeff Lewis Live” at the time.

One of the most notable instances in which Spelling fueled split rumors was in October 2021 when she was seen shouting outside of a lawyer’s office with a notepad that had the words “custody,” “support” and “assets” written on it.

However, the couple tried to keep a united front for the kids — Liam, 15, Stella, 14, twins Hattie and Finn, 10, and Beau, 5 — on a trip to Disneyland that same month, but then spent the holidays apart.

In March 2022, Spelling and McDermott appeared to be back in each other’s good graces as the Canadian actor publicly praised his wife in honor of International Women’s Day.

“Happy International Women’s Day to these incredibly smart, creative, strong, fierce and funny Women. I’m so blessed to have you in my life. I love you So Much!!” he captioned photos of his daughters and two photos of the star.

Most recently, McDermott was seen flirting with Spelling on a July episode of her reality show, “@Home With Tori.”

However, Thursday’s sighting is the first time the couple has been seen out together since their relationship seemingly took a turn for the better.

Reps for both did not immediately return Page Six’s request for comment.

Ruben Randall - February 4, 2022 0
Money
Over the last several years, MacKenzie Scott, formerly Bezos, has made a name for herself as a philanthropist committed to giving away large gobs...

Nepo babies stepping out of parents shadows: From Gemma Owen to...