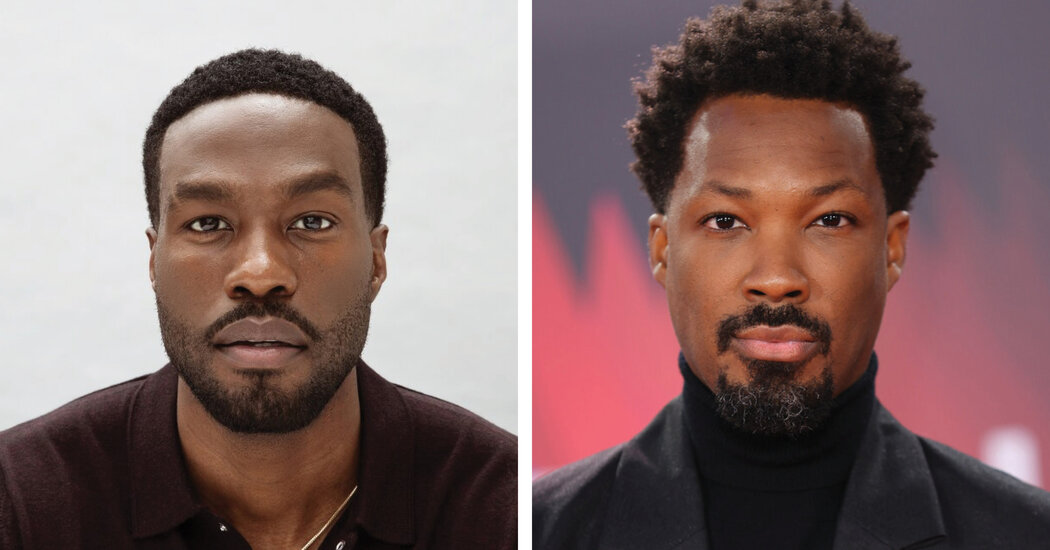 The play, first staged on Broadway in 2002 after an Off Broadway run at the Public Theater, is a portrait of two brothers: One, named Lincoln (Hawkins), is an Abraham Lincoln impersonator and the other, named Booth (Abdul-Mateen), aspires to play three-card monte the way his brother once had.

In 2018, The New York Times declared “Topdog/Underdog” the best American play of the previous 25 years. Explaining that choice, the critic Ben Brantley wrote that the play “plies the fine theatrical art of deception to convey the dangers of role-playing in a society in which race is a performance and prison.”

Abdul-Mateen, 35, is best known for his work in the HBO series “Watchmen,” and he recently was featured in the films “Ambulance,” “The Matrix Resurrections” and “Candyman.” “Topdog/Underdog” will be his Broadway debut.

The original Broadway production starred Jeffrey Wright and Yasiin Bey, who was known at the time as Mos Def.

This 20th anniversary revival, scheduled to run for 16 weeks, is to begin previews Sept. 27 and to open Oct. 20 at the John Golden Theater. It will be directed by Kenny Leon, who in 2014 won a Tony Award for directing a revival of “A Raisin in the Sun.” The producers are David Stone, a lead producer of “Wicked,” as well as LaChanze, Rashad V. Chambers, Marc Platt, Debra Martin Chase and the Shubert Organization.

This season is shaping up to be a big one for Parks. In addition to the Broadway revival of “Topdog/Underdog,” the Public Theater on Tuesday said it would stage productions of two new works she has written: “Plays for the Plague Year,” a series of playlets Parks wrote during the early pandemic, and “The Harder They Come,” a musical adaptation of the 1972 film, with a book by Parks and a score that includes songs by Jimmy Cliff.

Edward Herrmann Was Asked to ‘Keep an Eye On’ Alexis Bledel; Here’s Why

Ruben Randall - September 5, 2022 0
TV/Movies
Brooklyn Nine-Nine was groundbreaking in its run. From being brought back to the dead, to its multiple iconic moments, the sitcom aired weekly...