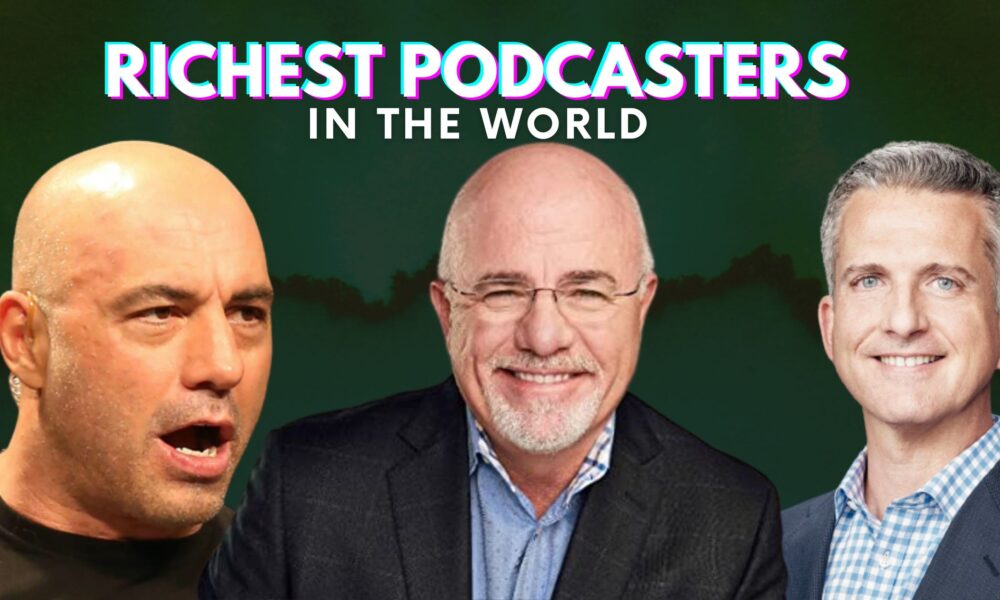 Everyone seems to have a podcast these days. But if you thought that podcasting alone could make you wealthy, reconsider. The Best Media estimates that the cost of advertising during a podcast is $20 to $100 for every 100 listeners.

If each episode has 10,000 downloads, you can earn an additional $500 to $900 from affiliate sales. Therefore, in order to make a lot of money from podcasting, you need a large audience.

People’s ability to listen to podcasts while on the go is one of the reasons they are so popular. During lunch, while commuting, while driving, and while lying in bed. It’s a simple way to learn without having to bring anything substantial, like a book, with you.

Because they are so simple to download on audio streaming apps, podcasts make a useful on-the-go option for professionals and students. Because of this, the number of podcast hosts has been continuously growing in recent years, with 2021 marking its most prosperous year yet.

The sector is still growing, and podcasters are increasing their wealth.  That said, let’s discuss the top 10 richest podcasters in the world.

READ ALSO: Top 10 Richest Musicians in the World and Their Net Worth (2022)

Top 10 Richest Podcasters In The World

The table below contains the names, net worth, ages, and nationalities of the top 10 richest podcasters in the world.

Dave Ramsey is the richest podcaster in the world with a net worth of $200 million. The Dave Ramsey show covers everyday financial topics that affect regular people. Due to this, it is one of the most listened to shows. Each week, it receives more than 13 million listens.

In order to assist his listeners with their financial problems and to provide them with practical advice, Ramsey goes above and beyond the realm of numbers and tries to comprehend their emotional and occasionally spiritual states. Dave Ramsey is the first on our list of the top 10 richest podcasters in the world. Joe Rogan has a net worth of $120 million and his Joe Rogan Experience is the most famous podcast in the world. Even if you don’t listen to podcasts, it’s probable that you’ve come across Joe Rogan online. He is the host of The Joe Rogan Experience Podcast, where he often invites prominent guests to discuss topics such as politics, humor, technology, and more.

Joe has worked as a TV host, UFC analyst, actor, and comedian in the past. He has since conducted interviews with some of the most well-known figures in a variety of fields, including Mike Tyson, Kevin Hart, Elon Musk, Ben Shapiro, Edward Snowden, and others, in his new career.

The Joe Rogan Experience is the most popular podcast in the world, with around 10 million Spotify subscribers. The popularity of the show has a direct correlation with Joe’s income. He has a ton of sponsors that contribute to his enormous yearly income of $30 million. Joe Rogan is the second on our list of the top 10 richest podcasters in the world. A podcast of the same name, The Bill Simmons Podcast, explores the worlds of sports and entertainment. Here, Bill invites other analysts and well-known sports fans to discuss recent occurrences. Some of his most well-liked guests include Sal Iacono and Nathan Fielder.

Bill formerly collaborated with the sports-focused cable network known as ESPN, and his program is now referred to as the new ESPN. He worked for ESPN.com’s The B.S. Report for his first podcasting position before leaving the company.

He left the company and founded his own podcast network following some controversy. Bill Simmons is third on our list of the top 10 richest podcasters in the world. 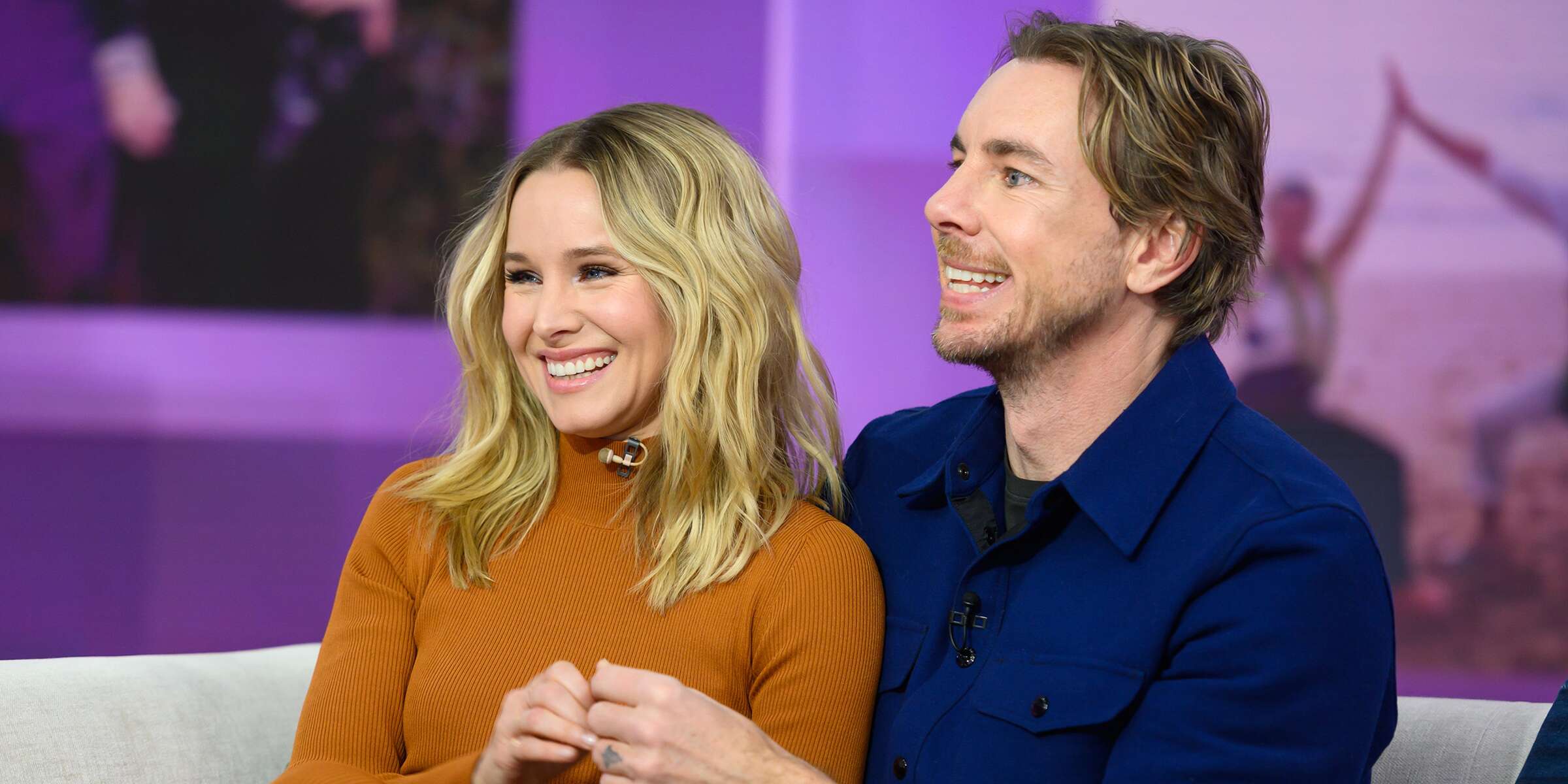 Armchair Expert is a podcast that Dax Shepard hosts where he does real-life interviews with philosophers, journalists, and artists. It differs from other interview-style podcasts in that Dax’s questions often result in heartfelt and vulnerably shared moments.

Shepard may have studied anthropology because of the way he talks. As an actor and director, he has a ton of interpersonal skills. He has ties to a lot of big-screen actors and actresses, including Kristen Bell, his wife, and the first guest on his show.

With 20 million regular listeners, his well-planned discourse and thought-provoking topics have catapulted him to the top of the podcasting world. His scenes with his wife Kristen, Emilia Clarke, and Ashton Kutcher are among of his most affecting ones. Dax makes $9 million a year from this. He is fourth on our list of the top 10 richest podcasters in the world. 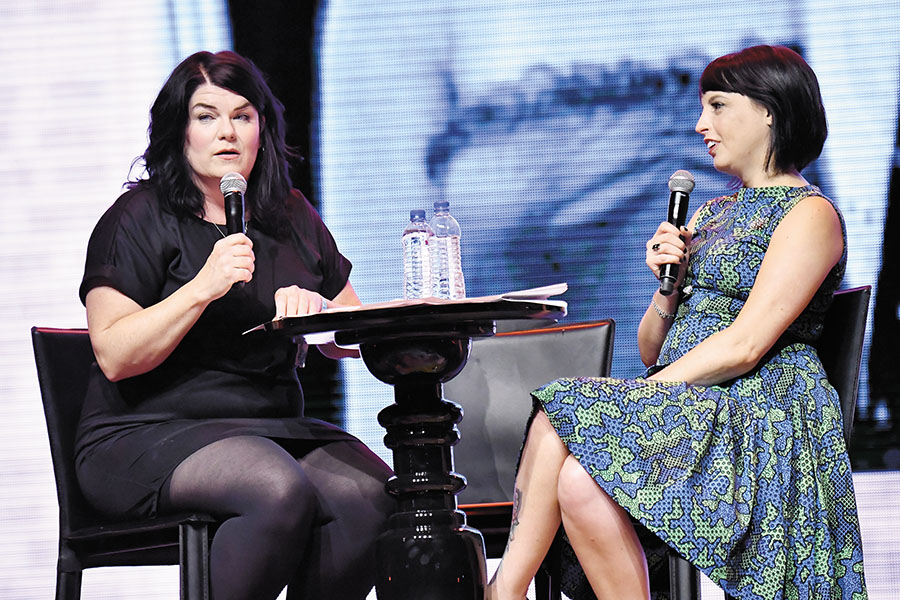 The genre of true crime has established itself in contemporary media. The podcast My Favorite Murder, hosted by Karen Kilgariff and Georgia Hardstark, is the industry leader in this field. A dedicated following of Murderinos viewers supports the detective duo’s efforts to solve crimes.

At a Halloween party in 2015, Kilgariff and Hardstark first connected and bonded over their shared interests. Before the podcast, Kilgariff was best known for her stand-up comedy. Together with her prior business partner Alie Ward, Hardstark hosted a show.

The bi-weekly program hasn’t slowed down at all since it started in 2016. They currently receive over 35 million downloads per month. Additionally, the team has launched a brand-new business called Exactly Right Podcast Network. They receive $15 million a year from all of this. They are fifth on our list of the top 10 richest podcasters in the world. 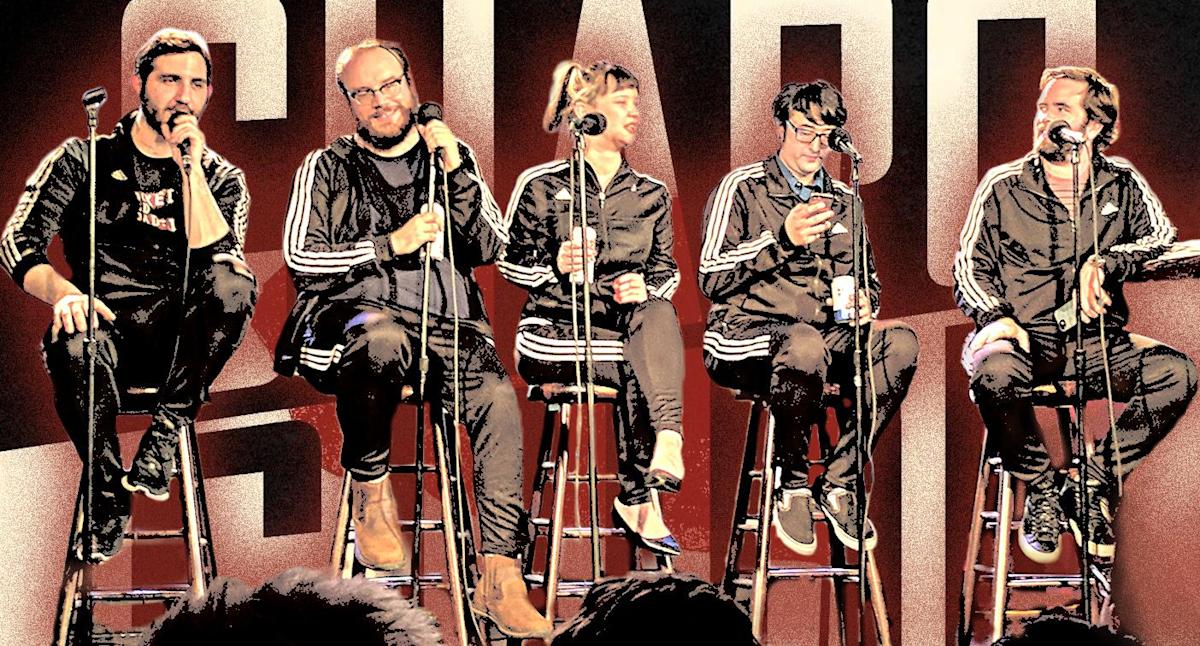 Will Menaker, Felix Biederman, Amber A’Lee Frost, Matt Christman, and Virgil Texas are the other four co-hosts of the Chapo Trap House. The podcast belongs to the dirtbag left, a kind of left-wing political discourse that shuns decorum in favor of being more informal and frequently crude.

They were established by Menaker, Christman, and Biederman. On Twitter, they first connected. Many people find the groups’ content controversial due to the way they communicate. After criticizing the political candidates for the 2020 election, they received bans from Twitch and Reddit.

On top of other channels, the group regularly publishes free episodes on Spotify, SoundCloud, and iTunes. On Patreon, they also have premium content. In February 2020, they surpassed all other users on Patreon in income, bringing in about $160,000 a month. They bring in $2 million a year overall. 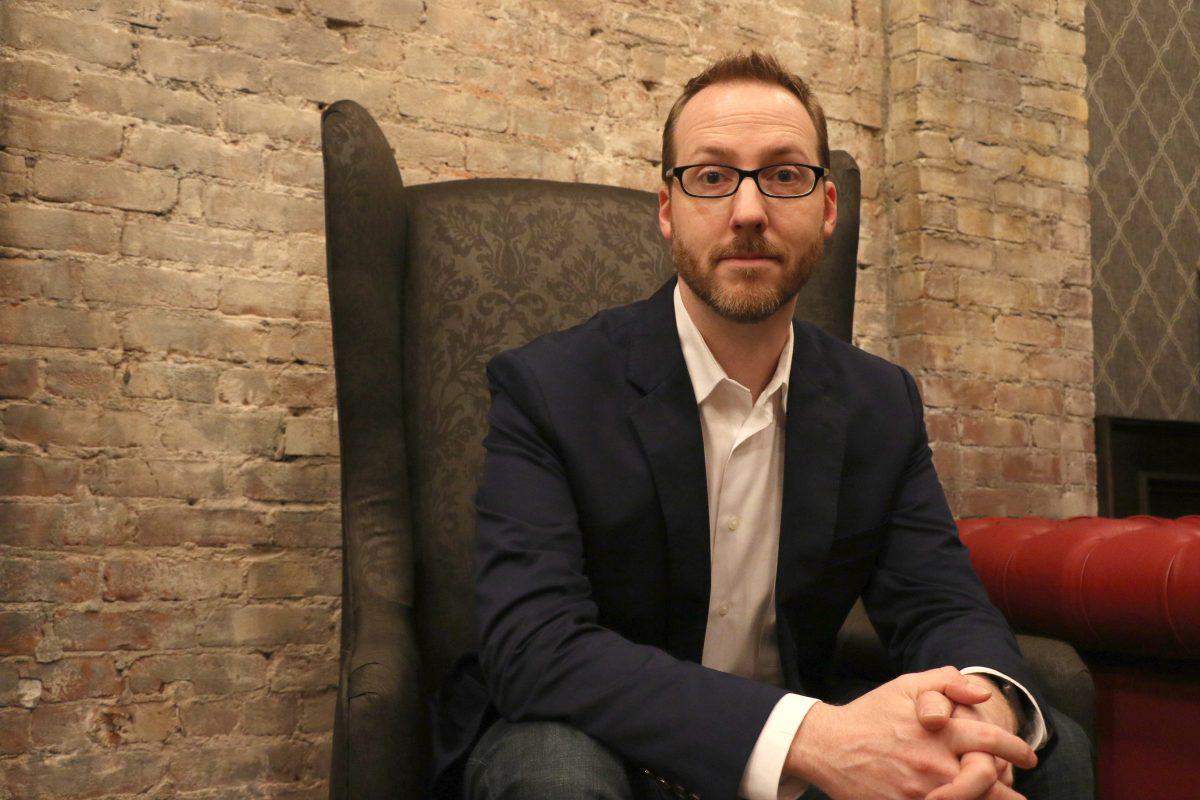 The World of Lore book series is written by Aaron Mahnke, who is also the creator, producer, and host of the popular podcast Lore (Best of iTunes 2015 & 2016). Lore is produced by the team behind The Walking Dead and will air on Amazon.

The foundations of frightening folklore tales are discussed in lore, which is about spooky and terrifying things.

This biweekly podcast is a top-rated horror-themed podcast with over 5 million monthly listeners. Lore generates an estimated $6 Million annually from advertising campaigns and a recent partnership with HowStuffWorks. Aaron Mahnke has an estimated net worth of $15 million and he is seventh on our list of the top 10 richest podcasters in the world. Brendan McDonald, a former coworker of Maron’s at Air America, is the show’s producer. Beginning in January 2011, articles about the program in several media, notably The New York Times, began to garner interest.

Guests on the podcast have included Sean Penn and Barack Obama. The Cat Ranch, as Maron’s garage is lovingly known, is where the majority of episodes were recorded. The programs have been broadcast from hotel rooms when he was traveling.

One of the most popular podcasts, this hilarious one has an audience of over 250,000 downloads per episode. His earnings, which are estimated to be about $30,000 every episode, or about $1.5 million annually, have been considerably boosted by advertising campaigns.

Marc Maron has a net worth of over $4 million as of 2022. And he is eighth on our list of the top 10 richest podcasters in the world. 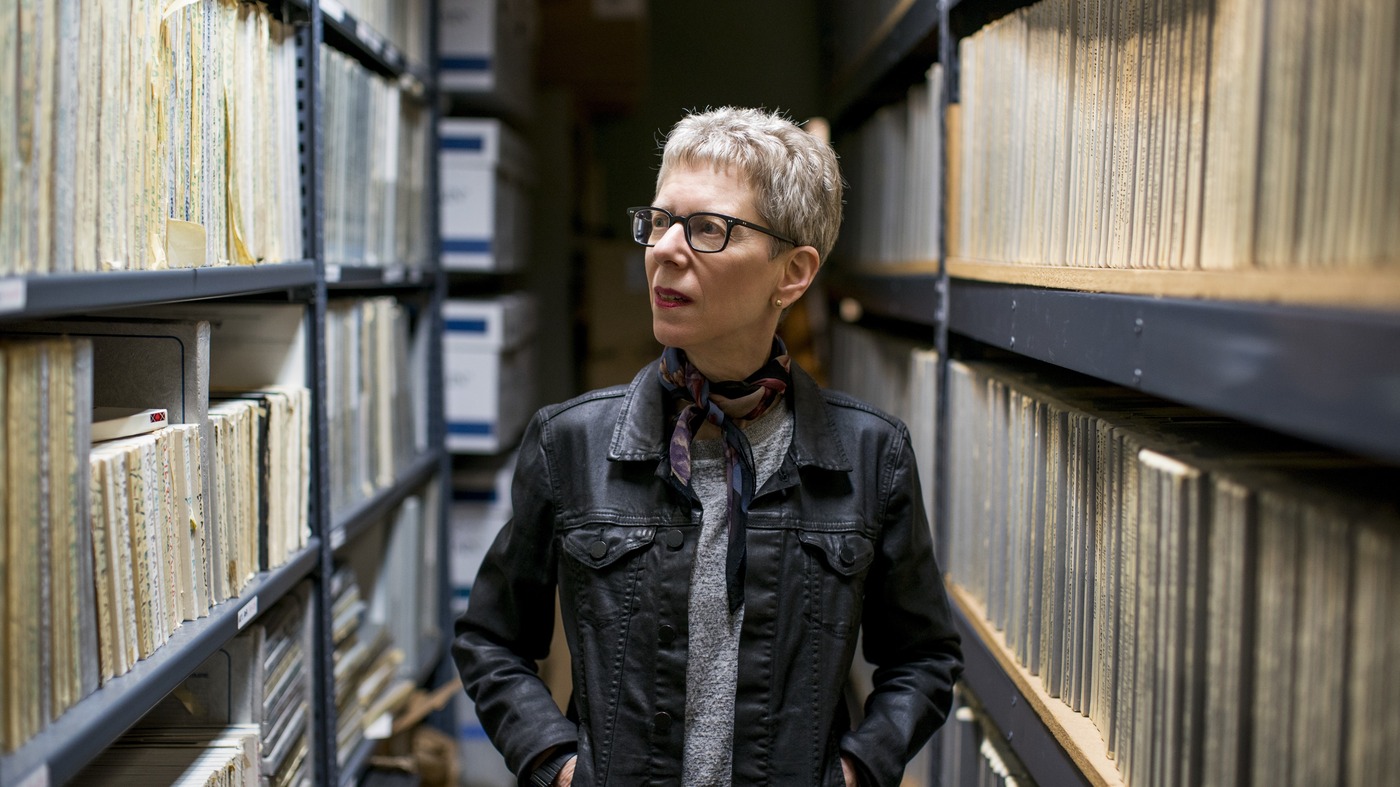 NPR’s Terry Gross’ Fresh Air is a radio interview program that first aired in 1975. It still has a devoted following as of the present. Before they come on the show, Gross thoroughly investigates each of her guests, and she is renowned for her affable, sympathetic manner.

Several of the more memorable episodes have guests including Hillary Clinton, Bill O’Reilly, and Gene Simmons. Fresh Air is one of the more popular podcasts available today with 5.5 million weekly listeners and annual revenue of about $3 million.

As for Terry Gross, she has an estimated net worth of over $3 million. Terry Gross is ninth on our list of the top 10 richest podcasters in the world. Ira Glass is the host and producer of the radio and television program This American Life. He has also been on Morning Edition, All Things Considered, and Talk of the Nation on National Public Radio.

He has received numerous honors for his work as a radio and television host. A weekly hour-long radio show called This American Life is created in association with Chicago Public Media. It is aired on a large number of public radio stations both domestically and abroad and is also accessible as a free weekly podcast.

On November 17, 1995, the first edition of the program, which was then known as Your Radio Playhouse, was broadcast. The podcast primarily focuses on the writings, performances, and journalism of these three genres. Ira Glass has an estimated net worth of $2 million. He is the last on our list of the top 10 richest podcasters in the world.

Top 10 Richest Podcasters In The World

The table below contains the names, net worth, ages, and nationalities of the top 10 richest podcasters in the world.

LeBron James NBA team owner? Even he couldn’t have imagined living out that dream