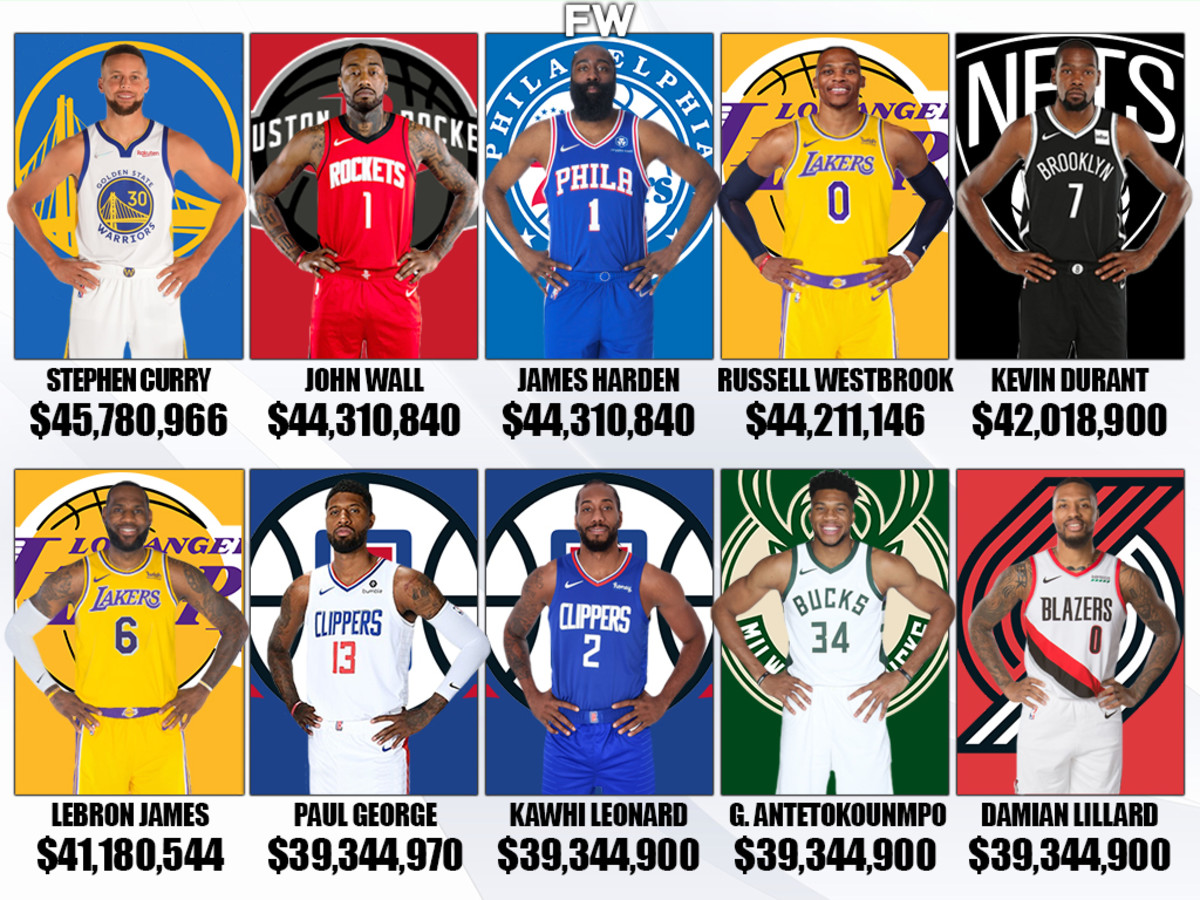 When teams shell out millions of dollars, they are investing in a superstar player that gives superstar production. Not all deals live up to the investment though. In today’s league, the backend of supermax contracts cash strap teams and can put teams in peril of going over the salary cap. On the other side, it keeps superstars players with the team to help the team compete in a limited window.

Everyone has to remember that basketball is more than just a game when it comes to the NBA. It is still a business. There is a market that players monitor because their production is worth more than others. Remember when Reggie Jackson was getting the same amount of money as primetime John Wall? Then, remember when Wall did get paid and didn’t live up to the hype after his injury?

Giving out contracts is a tricky job. If you want to look at the facts, five of the top-10 contracts for this season feature players that have not played half a season. Four players on the list have played less than 30 games, while one player has not played at all. Sometimes, the juice is not worth the squeeze.

These are the top 10 highest-paid players this season. 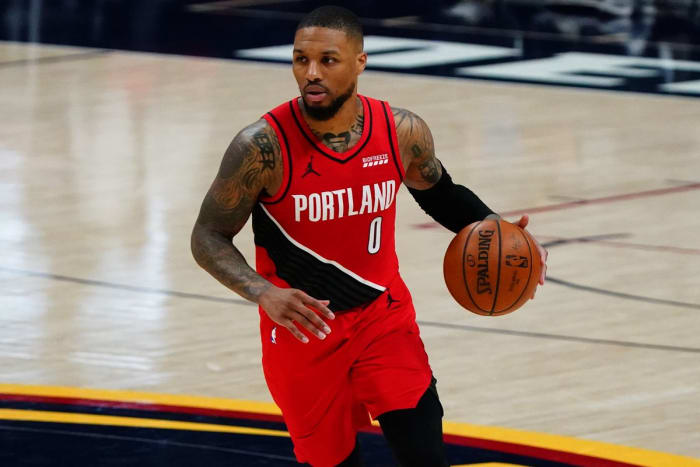 Lillard will begin his four-year extension he signed earlier this year. Lillard will make over $42 million next season and will see an increase of about $3.5 million per season. In 2024-2025, Lillard’s contract will cap out at a base salary of $48.7 million. Lillard, who led the league in clutch points this season, will likely leave as the greatest TrailBlazer ever.

This season, it’s been the worst-case scenario. Lillard has played a career-low 29 games due to injuries and averaged 24.0 points per game. The Trail Blazers traded away CJ McCollum, who was Lillard’s longtime teammate. Lillard remains the face of the franchise for now. 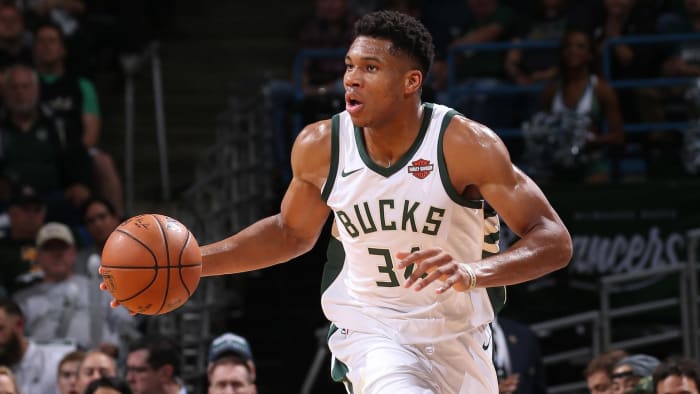 Giannis will begin his supermax five-year extension next season. The two-time MVP and reigning Defensive Player of the Year are ensured to be with the Milwaukee Bucks for a very long time. By the end of his deal, he will be making well past $50 million.

See also  Kylian Mbappe net worth 2021: What is Mbappe's salary per week? 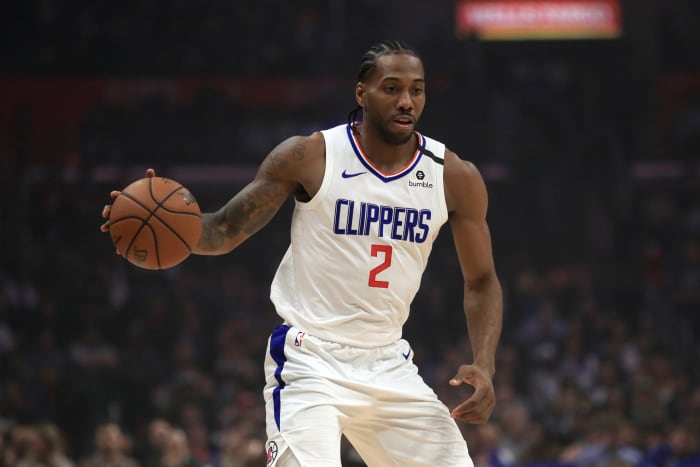 Leonard is set to start making over $40 million next season. He will make $42 million next yea4r and then see an increase of $3.2 million the following season. The 2024-2025 season features a player’s option worth $48.7 million. How the Clippers will look around then remains a mystery.

With that said, the Clippers believe they have a title-winning team. The Clippers made the Conference Finals last season and had the tools to make the NBA Finals had Leonard not tore his ACL in the second round. Leonard has not played this season and will likely not return at all. It may feel like a sunk cost this year, but fans understand the cost is worth it if the team can make their first NBA Finals next season. 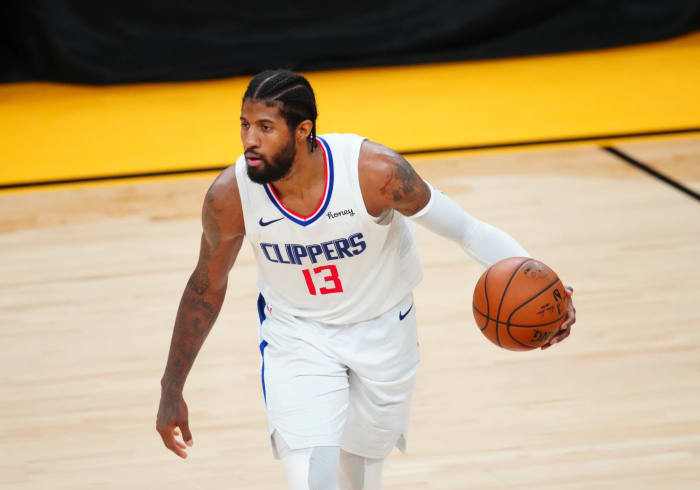 George began the first of a four-year extension he reached with the Los Angeles Clippers. George will increase his yearly salary by $3 million each of the next four seasons with a high cap hit of $48.7 million in 2024-2025 assuming that George will pick up his player’s option. With Leonard and George set for player option options in the 2025 offseason, the Clippers will have some major decisions then.

It’s been a tough year for the Clippers. The two stars on the team haven’t played together this year, while George has played just 26 games. George was averaging 24.7 points, 7.1 rebounds, 5.5 assists, and 2.0 steals when playing. The Clippers were in the playoff race as well. The team remains above .500, but the team could hold George out for the sake of the future. 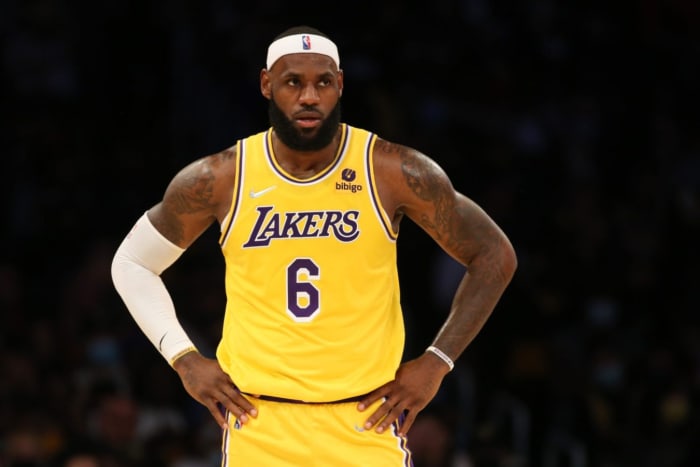 LeBron is guaranteed to remain with the Lakers for next season and the year after. This contract takes him through ages 37 and 38. LeBron has lived up to the contract hype for sure. He is averaging 29.3 points, 8.2 rebounds, 6.3 assists, 1.5 steals, and 1.0 blocks. Had the Lakers owned a better record, we would hear his name in the MVP conversation more often.

There are not very many 37-year olds worth $40 million in professional sports. LeBron has constantly remained as an outlier. The Lakers are not playing well as a team, which gives the team a murky future. With that said, they do still have one of the best players in the league on their team. 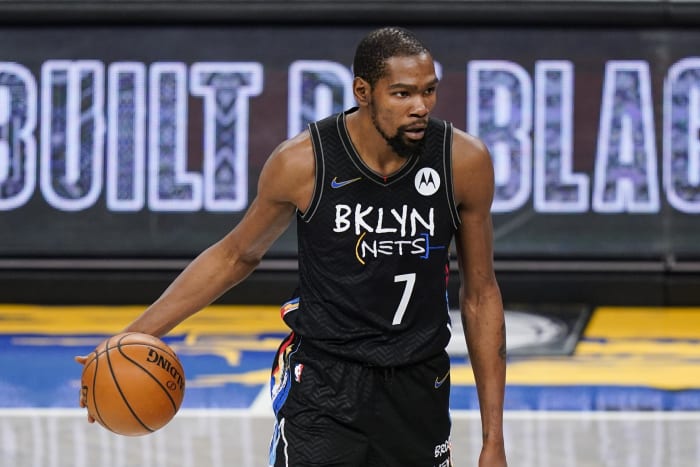 Heading into the season, there were questions about Durant’s future with the team, but he signed a max extension with the team that will pay him over $50 million in the 2024-2025 season. For the foreseeable future, Durant will have Ben Simmons as his teammate, while Kyrie Irving should be with the team too.

The Nets have championship aspirations, but Durant has struggled to stay on the court. This season, Durant has played 39 games. Last year, he played 35 games. When on the floor, Durant is averaging 29.1 points, 7.2 rebounds, and 5.8 assists. He was considered an MVP candidate. He just needs to stay healthy. 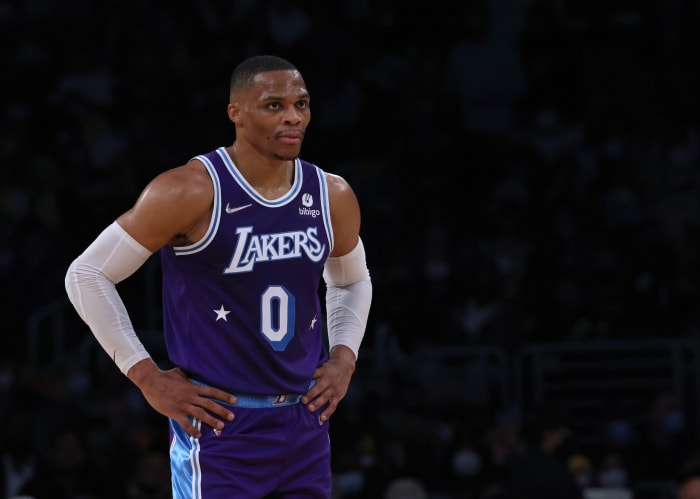 The Lakers sent three quality players from last year’s team and took on the large contract of Westbrook last offseason. It has been a trainwreck of a trade as the Lakers are nearly 10 games below .500. The Lakers thought they were making a major investment in a player, who did average a triple-double last season, to only get a sunk cost that has made the team worse. 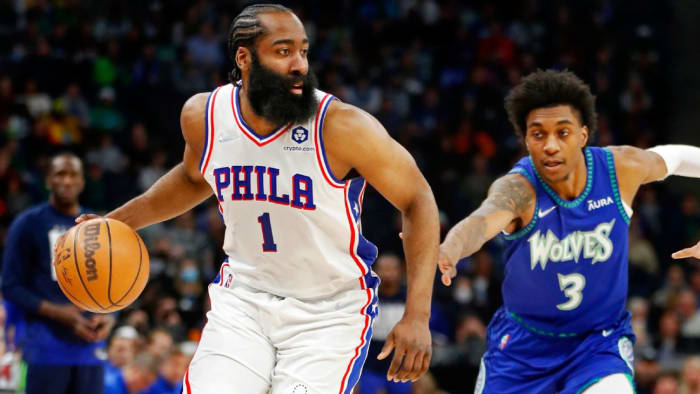 Harden owns a player’s option of about $47 million after this season. That is going to be an interesting offseason, especially since the Nets recently traded Harden to the Philadelphia 76ers. Will Harden pick up his player’s option, or will he test the market and see if GM Daryl Morey, who was Harden’s GM in Houston, will sign him to a large extension?

With Harden on the team right now, the 76ers have one of the best duos in the league with Joel Embiid and him. The team is rising through the Eastern Conference and could make a push for the top seed. Once the playoffs come, Harden will try to make it back to the NBA Finals for the first time in 10 years, while Embiid is searching for his first appearance. 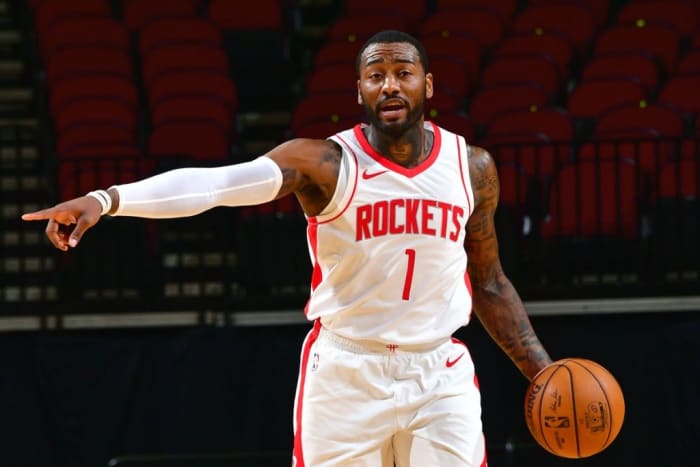 What a time to be John Wall, right? Wall owns the second-largest contract in the league and hasn’t touched the floor one time for the Rockets. Last year, Wall averaged 20.6 points and 6.9 assists in 48 games. Wall hasn’t played at least 70 games in a season since 2016. His contract, which was awarded to him after that season, will go down as one of the worst contracts given to a player all-time.

Wall also owns a player’s option of $47.3 million for the 2022-2023 season. The Rockets are currently rebuilding and wanted Kevin Porter Jr. and Jalen Green to grow this season. The team will probably weather the storm next year if Wall picks up his option. If Wall wants to play, he will need to decline it. Then again, that’s a lot of money to turn down. It’s going to come down to what Wall truly wants next season: money or playing time. 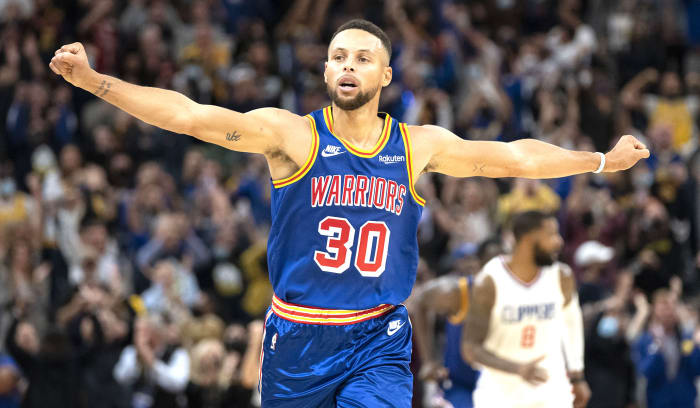 Some players get high salaries and it’s not worth it. The highest-paid player in the league is backing it up that he deserves it. Last year, Curry won the scoring title with 32.0 points per game. This year, he is averaging 25.6 points, but has Klay Thompson back, an All-Star in Andrew Wiggins, one of the best defenders in Draymond Green, and a surrounding cast that has the Warriors playing like one of the best teams in the league. Curry doesn’t have to play like last year because he has helped this season.

Curry is set to one day make $55 million in 2024-2025. The Warriors could very well own two more championships by then. The Phoenix Suns and Memphis Grizzlies are battling the Warriors for the top three spots in the conference. Make no mistake, the Warriors would not be even in this position if Curry was off the floor.

The Top 25 Players Under 25: Luka Doncic And Ja Morant Are The Best Young Stars Right Now

All-Time Heat Team vs. All-Time Thunder Team: Who Would Win A 7-Game Series?

Ruben Randall - February 7, 2022 0
Actor
Plus, they talk about the refreshing nature of the script and what TV series they’d like to guest star on. ...