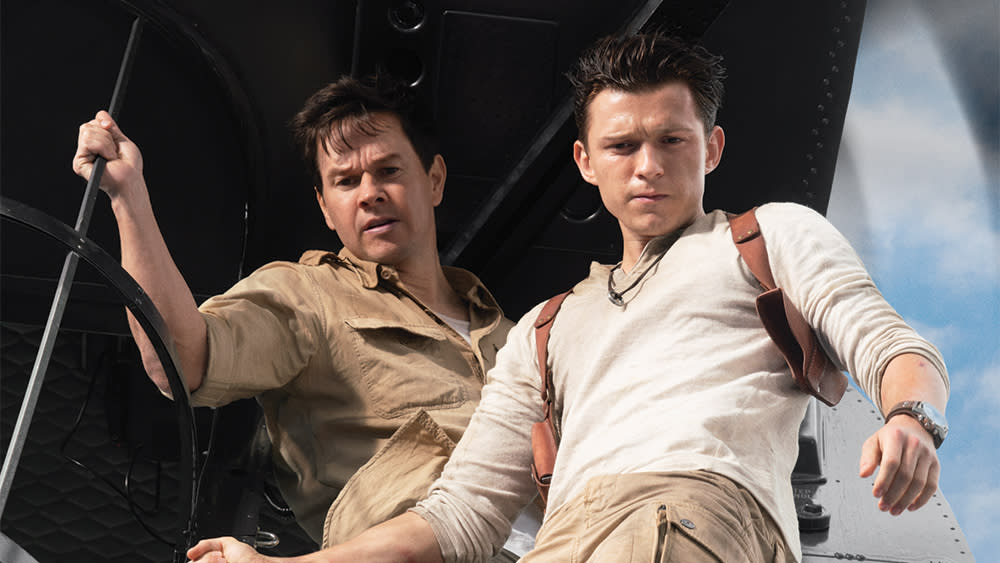 I try to go into every movie with open eyes and an open mind, but I confess that this Buddhist goal can be seriously tested by the prospect of sitting through a video-game movie. Sorry, but I’ve been burned too often — by “Super Mario Bros.” (the first one out of the gate, back in 1993), by “Street Fighter” and “Mortal Kombat” and their sequels, by the 637 “Resident Evil” films, by the operatic death-plunge bombast of “Assassins’ Creed,” which looked like it was adapted from the 100 greatest prog-rock album covers. Are there good video-game movies? I enjoyed the 2018 reboot of “Tomb Raider.” The audiences for these films, who tend to be steeped in the games, would say that any number of them are good. But for those like me, who are looking at the movies as movies rather than live-action adjuncts, there can be a sludgy sameness to them: the kinetic fight-club visuals, the skeletal scripts, the “world-building” that starts to look like a series of digital-production-design show reels.

But “Uncharted,” based on the Naughty Dog game whose first installment dropped on PlayStation in 2007, is at least trying for something. It’s built around an appealing pair of actors: Tom Holland, who I think registers more vividly as he grows less boyish (he’s in a more rough-and-tumble mode here), and Mark Wahlberg, who knows how to play a hard-ass who is also a trickster. (It’s no insult to Wahlberg to say that his intelligence is his secret weapon.) Holland is Nate Drake, the valiant but naïve adventurer hero, and Wahlberg is Victor Sullivan, who becomes Nate’s mentor by recruiting him to go on a mission to find the legendary stash of gold, which is essentially pirate booty, that was discovered 500 years ago during the around-the-world expedition of Ferdinand Magellan. Can you say “Raiders of the Lost National Treasure of the Fast & Furious Caribbean”?

“Uncharted” opens on one of those leap-ahead-to-the-middle-of-the-story moments, so that the film can entice us with its most astonishing sequence: an unintentional airplane escape, with Nate, having fallen out of the plane, shimmying across a roped chain of bulky oversize packing cubes, each equipped with a parachute — a sequence that may sound standard, but the technology for this kind of thing has advanced, so that it’s done in a seemingly all-in-one-shot breathless way, until you could swear that Tom Holland is actually thousands of feet up in the air, hanging on with one finger. It’s the kind of sequence that makes the video-game-movie skeptic in me sit back and say, “Okay, cool, I’ll go with this.”

Back on the ground, before all that happened, Nate is a New York bartender who’s also a pickpocket and a loner, because he grew up in the St. Francis Boys Orphanage with his older brother, Sam (Rudy Pankow), who got kicked out, leaving the 10-year-old Nate to fend for himself. When Wahlberg’s Sully shows up out of the blue, it’s not really a coincidence — all the connections in the movie trace back to Nate’s vanished sibling — but these two are still thrown together as if they’d been assigned to the same cop car. “Uncharted” is a buddy movie that takes place in the air, on the water, and in tombs with mechanical puzzle entrances tucked away in the catacombs of Barcelona.

In a fun early sequence, Nate and Sully infiltrate an auction so they can steal its prize antique: a dripped-gold ruby-studded key that looks like an ornate cross. There are two of the keys out there, and for them to work you need both. The pair’s rival in all this is Santiago Moncada, whose ancestors funded the Magellan mission; he’s played by Antonio Banderas, who glowers in one-dimensional villain mode. “Uncharted” is essentially an action thriller about two lethally competing scavenger-hunt teams.

Directed by Ruben Fleischer, who made the “Zombieland” films, the movie is less obviously video-game-ish than most entries in the genre. Yet after the initial fireworks, you begin to see the design of the thing. “Uncharted” must have looked like a natural movie to make, because the game it’s based on is so “cinematic.” But what that means, in practice, is that the game crossbreeds legendary movie tropes in an abstract way, and when they’re adapted back to the big screen the abstraction is still there.

In a scene that takes place in a bedroom between Nate and Chloe (Sophia Ali), who has the other golden cross, I was struck by how the movie makes a point of showing off the very buff Holland, but what would have been a romance a decade ago is now…not a romance. (Maybe it’s set to become one?) I’m not saying the film needed a cliché love story to snuggle up against its other clichés, but at least it would have been an additional element. The vibe of “Uncharted” is breathless and a bit neutral. I chuckled at the Scottish hooligan (Steven Waddington) with a brogue so thick that Nate has to ask him to repeat his threats just so he can understand them, and I enjoyed the playful way Wahlberg suggests that his character might be a scoundrel. The climax, in which Magellan’s ancient ships are hoisted into the Philippines by bottomless helicopters, is both absurd and spectacular — a nice combo. But if you sit through the credits, you get not one but two separate preview sequences, the second one hidden like an Easter Egg. I don’t know if I’d call that presumptuous, but I’d definitely call it optimism.

Ruben Randall - October 23, 2021 0
TV/Movies
It's been a week full of TikTok trend revivals and evolutions, but first we need to talk about that Timothée Chalamet video. The Timothée...