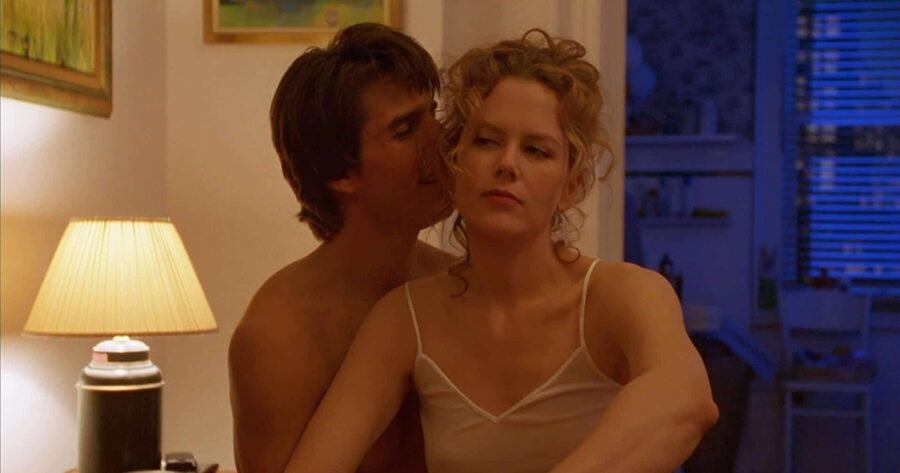 LOS ANGELES — Titan of cinema Tom Cruise made headlines this week when he revealed a years-old behind-the-scenes fact about one of his films: that he did all his own sex for Stanley Kubrick’s ‘Eyes Wide Shut’

“That fucking? That sucking? It was all CRUISE, baby!” Cruise told reporters unprompted. “How do I do it? Simple: speed, endurance, strategy, energy, speed. Eyes Wide Shut. What a picture. Stanley would tell me ‘Tom, we can use a double.’ ‘Tom, usually we cut around and you don’t actually have sex.’ ‘Tom, why are you wearing a large prosthetic penis?’ The man could direct, but Tom Cruise doesn’t bow down to a challenge. If the script says ‘Tom fucks’ then Tommy fucks, I’ll tell you that much. I’m an auteur. Hey, where are you going? COME BACK HERE!”

Nicole Kidman, Cruise’s co-star in the film, also revealed her side of this fascinating film fact.

“Yes, Tom did his own sex, but I didn’t,” Kidman said. “I wasn’t even there. Kubrick pulled me aside and told me Tom was insisting to film the sex scene for real, so I went home for the day and they modeled a fake me for him to go to town on. I admire people who can do their own stunts, but sex with Tom Cruise just seemed a little too dangerous to be worth it. I left that scene up to the professionals.”

At press time, Cruise added that he hoped his practice and willingness to perform the dangerous stunt could one day, hopefully, lead to him having sex in real life.

2021 results for French films in international theaters and festivals

How Her Net Worth Compares To Justin Bieber

Ruben Randall - January 5, 2023 0
Money
Barbara Walters, the revolutionary broadcaster and longtime ABC News anchor and correspondent, died on Friday. She was 93."She lived her life with no regrets....