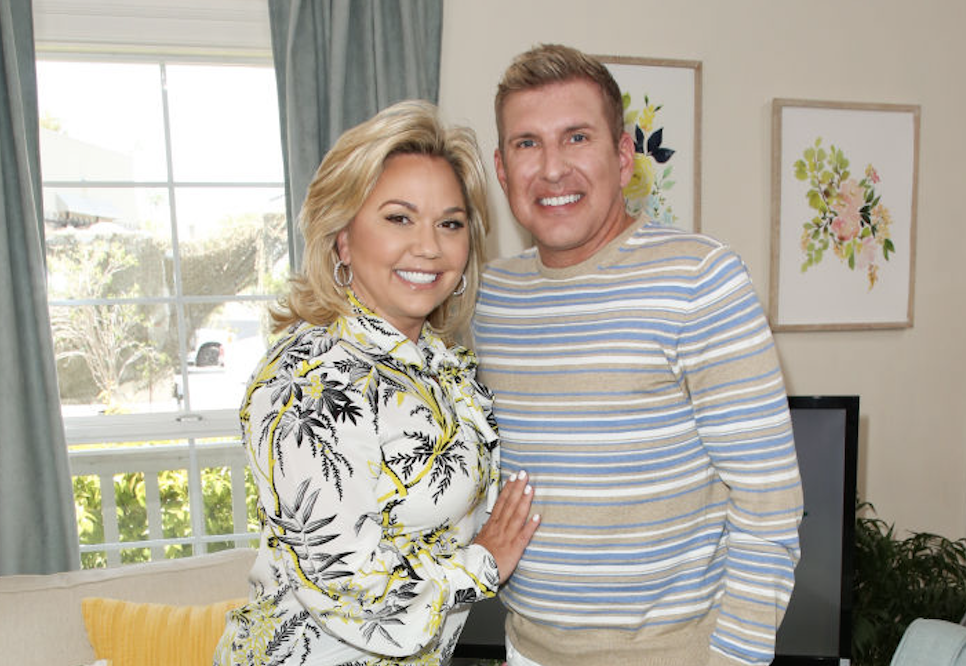 Reality TV stars Todd and Julie Chrisley are explaining how they’re feeling, after having been sentenced to a combined 19 years in prison for bank fraud and tax evasion, earlier this month.

On Wednesday’s episode of their Chrisley Confessions podcast, Todd Chrisley said that he found his current situation had brought him closer to God.

“There have been times where I’ve been not as close and not living in my faith the way that I should have been, not praying like I should have been praying. And the more distant I felt from Christ, it seemed like the more that my life was falling apart,” he told his wife of 26 years. “But now, in this storm that we’re in, I feel like I’m closer to God than I’ve ever been. But I find myself screaming out, because, you know, in the Bible, it says to scream out to God, to cry out to God. And, you know, with what we’re going through right now, you’ve heard me do that. You’ve heard me say, ‘God, please, I’m crying out to you. I don’t know what else to do. I’m asking for the truth to be revealed. I’m asking for you to shed light where there is darkness. I’m asking for our enemies to be exposed.'”

The Chrisleys have maintained their innocence, claiming they didn’t know that an employee had been defrauding the government on their behalf. Nevertheless, a court found them guilty of having inflated their net worth, in order to fraudulently obtain loans from banks, and of skipping out on their taxes, while hiding assets from the IRS, for years. Todd was sentenced to 12 years in prison, while his wife, who also was convicted of wire fraud and obstruction of justice, was given a sentence of seven years. Both were ordered to serve 16 months of probation afterward.

The Chrisley Knows Best co-stars then agreed that they needed to learn to comply with the biblical teaching of inviting your enemy to your table.

Todd said he isn’t there yet.

“I just think that God has a lot more work to do in me to get me to that point,” he said.

Julie added, “Yes, we’re still a work in progress, for sure.”

She cited a “powerful” teaching she heard this week that people should live every day as if it’s their last. For her, the focused is on trying to “live above my circumstances” and “see the light at the end of the tunnel.”

On Tuesday, Julie was a guest on another podcast, her daughter Savannah’s Unlocked, where the women discussed how the Chrisleys’ legal issues are affecting 10-year-old Chloe, the couple’s granddaughter whom they have raised. Savannah and Julie noted that, lately, Chloe pretends to be listening to headphones when she’s really just listening to their conversations. They said she’s working with therapists.

Savannah is taking care of both Chloe and her 16-year-old brother Grayson, following the sentencing.

It remains unclear whether the family’s reality shows will continue.

Trump is running for president again – but these legal battles might stand in...

Ruben Randall - October 23, 2021 0
Money
Hip hop rumors Lil Durk, who was accused of cheating on his longtime girlfriend India Royale last year, found himself in the soup again on...