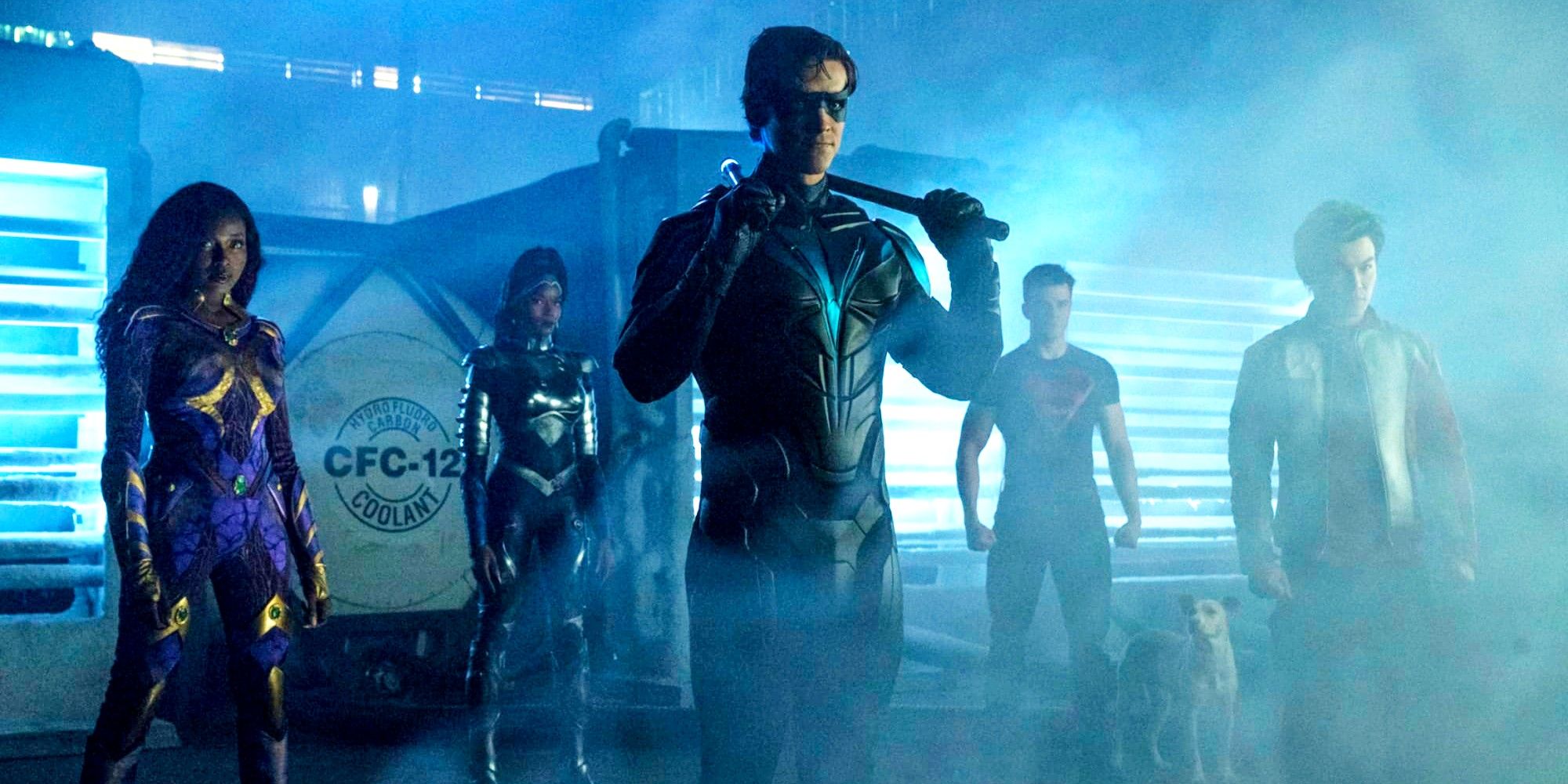 New set photos from the production of Titans season 4 confirm that the HBO Max drama will be introducing a major DC Comics location in the series. One of HBO Max’s popular DC TV shows is getting ready to come back, with Titans season 4 reportedly releasing this fall on the streaming service. Based on the Teen Titans mythology, Titans follows Dick Grayson having abandoned the Robin mantle by becoming Nightwing while also leading his group of heroes.

Following the end of Titans season 3, the group is leaving Gotham City behind after having defeated Scarecrow once and for all. Since late February, Titans season 4 has been busy with principal photography in Toronto, Canada. Unlike previous seasons, Titans season 4 will have 12 episodes rather than the usual 13. Despite the many changes happening with HBO Max due to the Warner Bros. Discovery merger, the DC drama is still going forward as they are currently wrapping up filming, confirming Titans is still safe.

As filming is currently taking place for Titans season 4, episode 12, which will be its season finale, new set photos have revealed an iconic DC Comics location is making its debut on the show. Thanks to Twitter user @AnitaWindisman, images were shared online from the Titans set, which reveals a scene being filmed is based in the city of Blüdhaven. To DC Comics readers, Blüdhaven is known as the town that Nightwing moves to after leaving Gotham City, making it his city to protect. The set photos reveal that the setting is at Blüdhaven University, although none of the cast members were spotted. Check out the photos below.

This will be the first time that Blüdhaven will be used in a DC live-action property. Previously, Blüdhaven has only been referenced in Arrowverse shows like Arrow, The Flash, and Batwoman, without actually featuring the city itself. The Batman movie also name-dropped Nightwing’s city as a major Easter Egg when Catwoman stated she would possibly head there after the battle against The Riddler was over. With the Titans season 4 set images confirming Blüdhaven’s introduction, it seems more than fitting, given that Nightwing is one of the leads on the show.

The bigger question now, however, is what brings the Titans over to Blüdhaven in the first place. One possibility is that the Titans season 4 finale ends with the group re-locating to the famous DC city as a new home of operation. Although, it wouldn’t be shocking if their visit is temporary rather than permanent, perhaps as maybe the destination where the final battle against Joseph Morgan’s Brother Blood will take place. In general, Titans seem to enjoy having the heroes travel through this take on the DC Universe. Until Titans season 4 premieres on HBO Max, it remains to be seen what role Blüdhaven will serve in the series.

Olivia Cooke admits she feels ‘naive’ after reading House of the...

Saddling Up with Amanda Seales on ‘Yara Shahidi’s Day Off’ on...