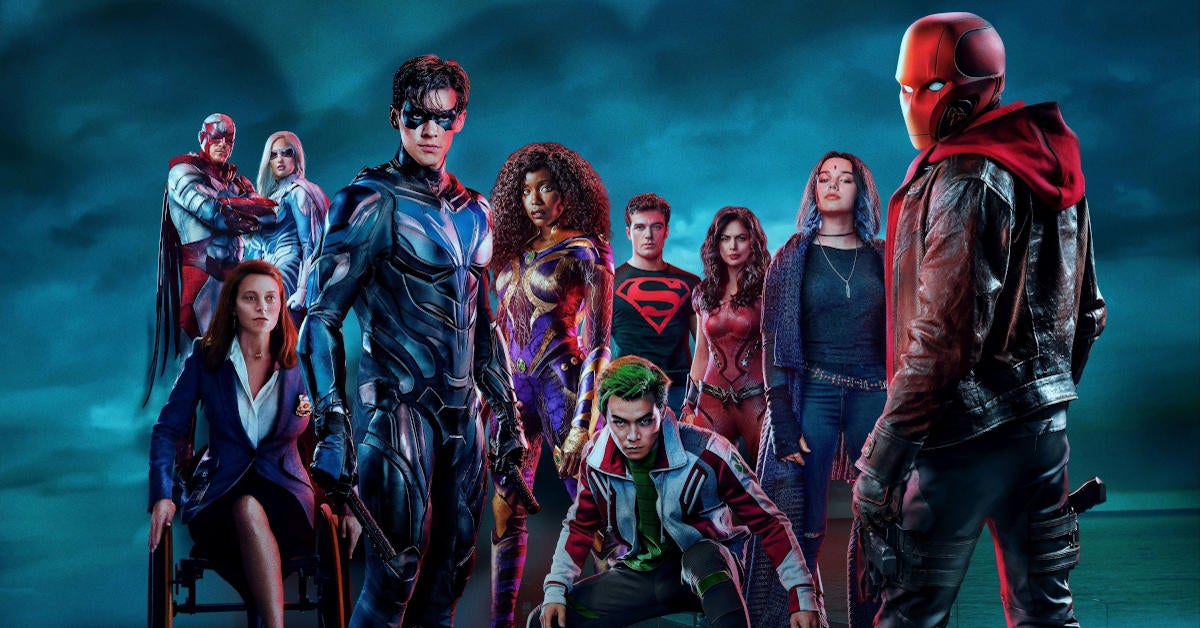 Titans season 4 is shaping up to be very good. Everything that’s been released from behind-the-scenes of the series and the reveal of some interesting new rumors is making fans of the series very excited. Now some new stills from the fourth season of Titans reveal a bunch of new things including a sneak peek at Beast Boy’s new costume.

Titans director Nicholas Copus dropped some new images from the series fourth season on Instagram. The posts are pretty cropped and don’t give much to look at. But the images feature Dick Grayson and Kori staring at each other lovingly, Superboy and Raven brooding, Brenton Thwaites suited up as Nightwing, Raven and Tim Drake looking amused at what seems to be Beast Boy’s new look and a sneak peek at said new look. You can check out a few of the images below and you can click on Copus’ Instagram page to see the rest.

The fourth season of Titans will feature some brand new villains for our heroes to take on. Joseph Morgan was cast as the infamous Brother Blood, Franka Potente as Mother Mayhem, and Lisa Ambalavanar will recur as Jinx. Morgan recently teased his take on the character and it seems like it’ll be very different than previous takes on Brother Blood. The actor revealed in a recent video that he’s already started shooting as well as some cool tid-bits about his new role.

“So I have started shooting, we’re currently shooting episodes 1 and 2 simultaneously. What’s been hugely enjoyable for me – in fact, this is the reason I wanted to do this part in the first place – is that as you know, I’m playing a character called Brother Blood,” Morgan revealed. “But that’s not where he starts off, he starts his journey as Sebastian Sangue and it’s really an origin story of a villain that we’re playing out here. What’s been incredibly rewarding for me – and will continue to be, I think – is exploring how he gets from being Sebastian to becoming Brother Blood.”

Here’s HBO Max’s description of Titans. “Titans follows young heroes from across the DC Universe as they come of age and find where they belong. In season three, circumstances draw our heroes to Gotham City, where they reunite with old friends and face new threats.” The series stars Brenton Thwaites, Anna Diop, Teagan Croft, Ryan Potter, Joshua Orpin, Conor Leslie, Jay Lycurgo, Iain Glenn, Damaris Lewis, and Joseph Morgan. The fourth season of Titans is set to have a lower episode count of eight episodes instead of thirteen.

What are your thoughts on Titans? Are you excited for the series to return for its fourth season? Let us know your thoughts either in the comments section or by hitting our writer @NateBrail up on Twitter!

My solo run is inspired by Warren Zevon and David Van...

Ruben Randall - March 5, 2022 0
Money
Singers in bands get a hard time. We are regarded as aloof, detached, a tad precious and sometimes even a little self-obsessed. I mean...