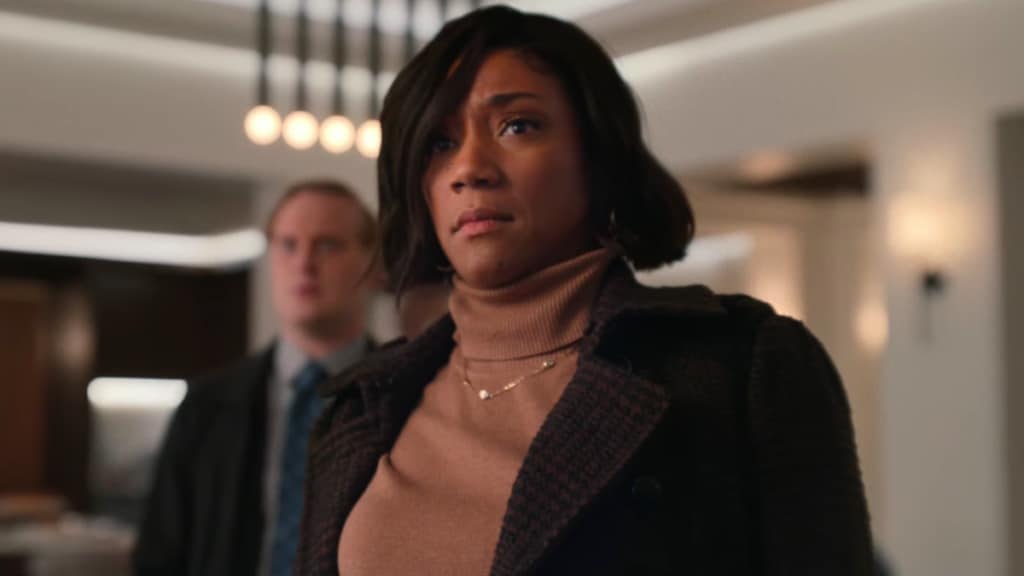 Poor Dave Franco falls to his death during a high school reunion afterparty and Tiffany Haddish is responsible for figuring out who’s to blame in the teaser for Apple TV+’s upcoming murder-mystery comedy “The Afterparty.”

In the video, released Thursday, the cast of the Chris Miller and Phil Lord series is celebrating their glory days as the Class of 2006. But when the party moves to a seaside house, Franco goes plummeting down a cliff. We don’t know who is to blame, but everyone is pointing fingers as Haddish’s investigator shows up to solve this mess.

Watch “The Afterparty” teaser above.

Here’s the official description for the eight-episode show, which will debut in January 2022: “The Afterparty” centers on a murder mystery at a high school reunion. Each of the eight episodes features a retelling of the same night told through a different character’s perspective, each with its own unique visual style and film genre to match the teller’s personality.

Miller created the series and serves as director and showrunner. Miller executive produces alongside Lord through the pair’s production banner, Lord Miller, with Anthony King (“Search Party,” “Dead to Me”) also executive producing. Lord Miller’s SVP of Television Aubrey Lee is a producer on “The Afterparty,” which was produced for Apple by TriStar TV and Sony Pictures Television, where Lord and Miller have an expansive five-year overall television deal.

“This is one of the most surprising, original and fun projects we’ve ever made,” Lord and Miller said in a joint statement Thursday. “Our goal was to tell a comedic whodunnit story in a new and exciting way. By giving each episode its own unique style of storytelling, we were able to make what feels like eight distinctly different but interconnected films that highlight how everyone’s personal perspective and biases shape how they see the world.”

Emma Watson Once Said Hanging out With Daniel Radcliffe and Rupert Grint ‘Would Be...