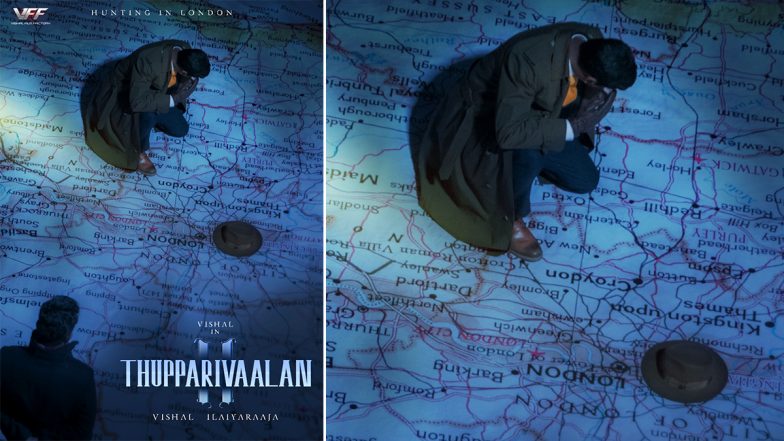 Vishal is all set to direct, produce and star in the upcoming film Thupparivaalan 2. This movie, which is a sequel to the 2017 film Thupparivaalan, marks his directorial debut. Mysskin, who had helmed the earlier one, was supposed to direct the upcoming project as well. However, due to ‘creative differences and financial issues’, Vishal decided to step in as the director of the film as well. The actor has shared that the team would be going on for recce in London in the beginning of 2022 and the shooting of the film would commence from April. The actor has shared a poster in which he can be seen dressed in a detective’s avatar and trying to spot a location on the map. The tagline reads, ‘Hunting in London’. The music of the upcoming film will be composed by Ilaiyaraaja.

Geared up for the Mega HUNT!!!

All set for the recce of #Thupparivaalan2 this #Jan2022 in #London.

(SocialLY brings you all the latest breaking news, viral trends and information from social media world, including Twitter, Instagram and Youtube. The above post is embeded directly from the user’s social media account and LatestLY Staff may not have modified or edited the content body. The views and facts appearing in the social media post do not reflect the opinions of LatestLY, also LatestLY does not assume any responsibility or liability for the same.)

Ironheart Actor Reveals How Much Of The Mark-1 Was A Practical...

Todd Field’s “TÁR” Is a Disturbing and Astonishing Epic