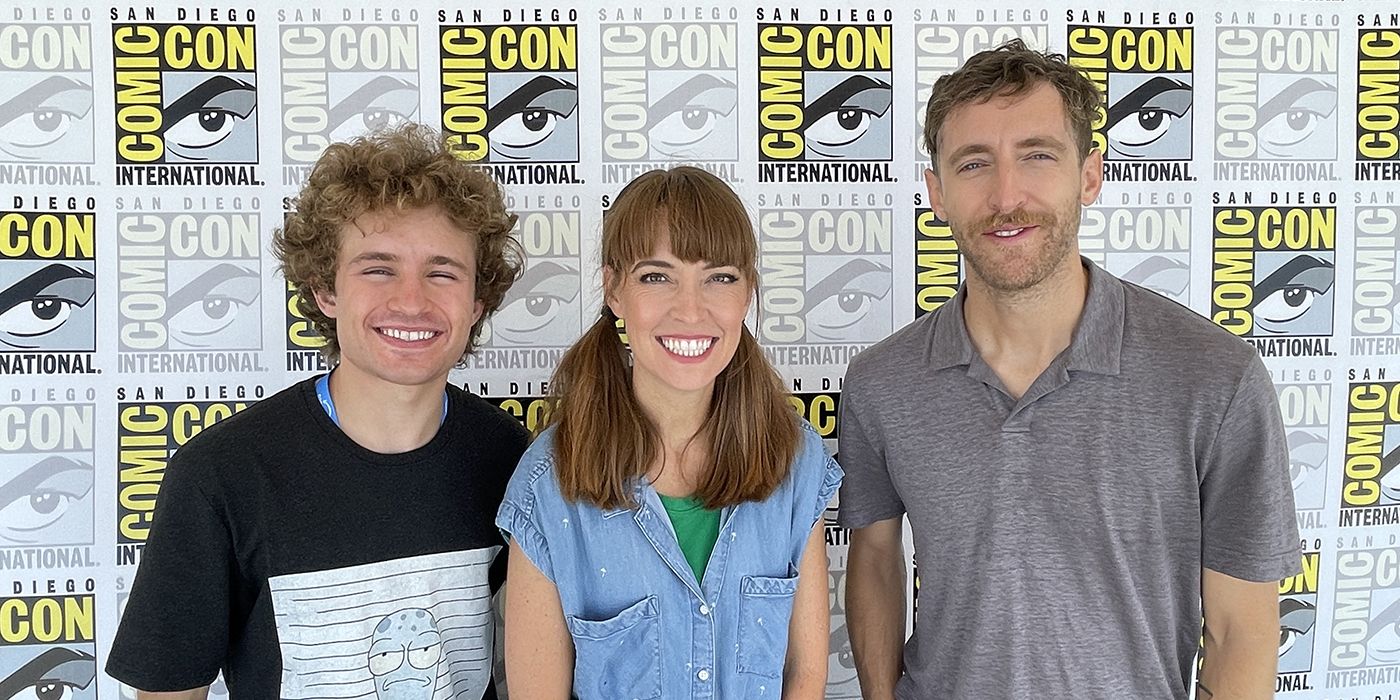 One of the many shows to have a panel at this year’s San Diego Comic Con was Hulu’s hit animated series Solar Opposites. If you’ve never seen the very funny series, it was created by Justin Roiland and Mike McMahan and it centers around a team of four aliens who escape their exploding home world only to crash land on Earth. The group is made up of Korvo (Roiland) and Terry (Thomas Middleditch), and their two young “replicants” Jesse (Mary Mack) and Yumyulack (Sean Giambrone). They also have an infant alien referred to as “The Pupa” whose purpose is to consume them and terraform the Earth. As we learn about their story, a parallel storyline unfolds about a society residing in “The Wall,” who turn out to be a group of humans being collected by Yumyulack and trapped in a terrarium.

Trust me, Solar Opposites is fantastic and absolutely worth watching.

Before taking the SDCC stage, Thomas Middleditch, Sean Giambrone, and Mary Mack came by the Collider studio to talk about the series. During the fun interview, the three demonstrated many times why they were cast, what’s coming up in Season 4, what it’s like for them reading new scripts for the first time, their reaction when they first heard about The Wall storyline, why they don’t record together, how they describe the series to friends and family, and what they collect.

Check out what they had to say in the player above, and below is exactly what we talked about.

See also  Other Voices l In presidential elections, the past can be prelude | Columnists