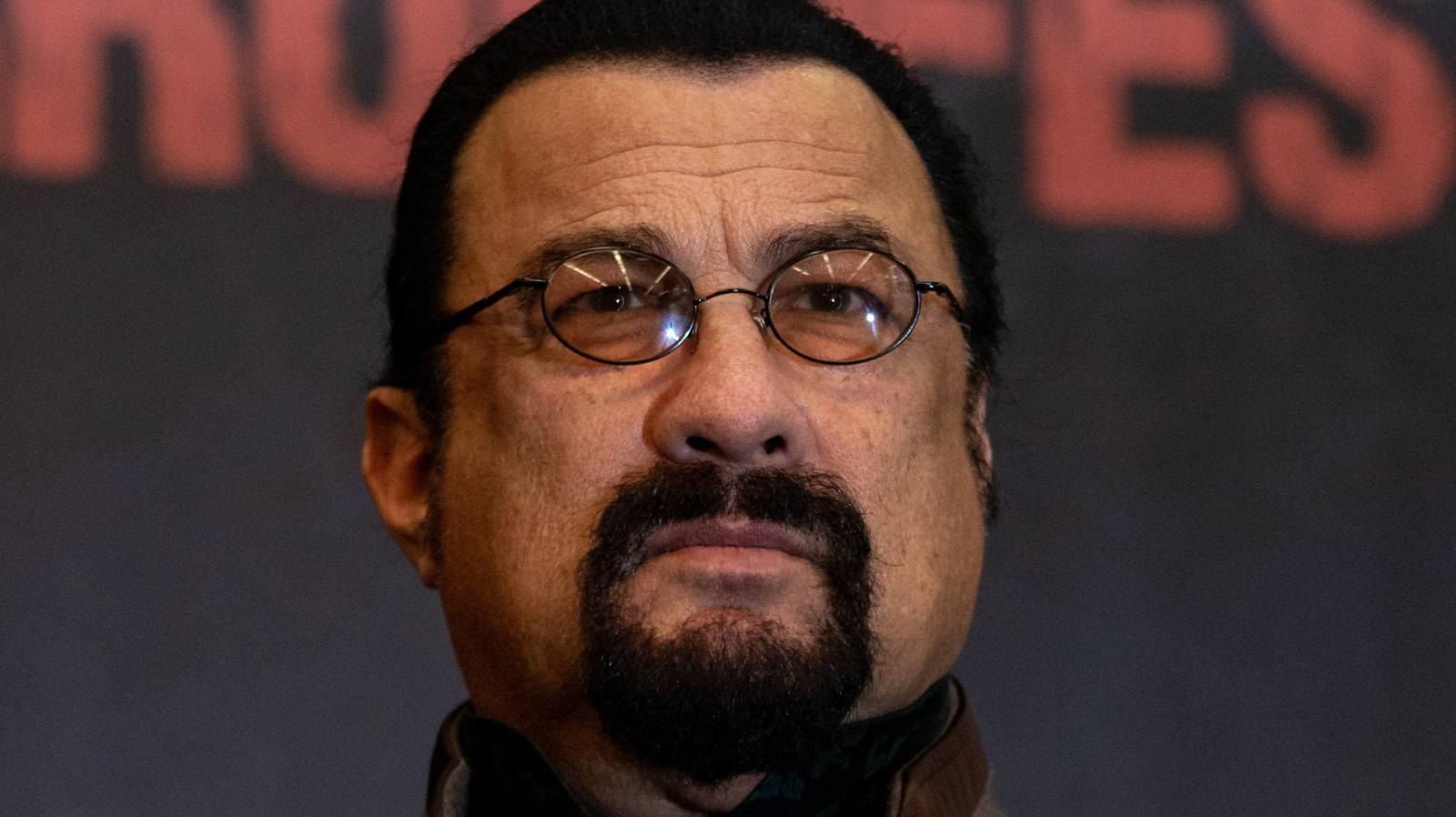 Released in 2010, “Machete” began life as a fake trailer for Quentin Tarantino and Robert Rodriguez’s “Grindhouse” double feature (“Death Proof,” “Planet Terror”). However, the fan response to that trailer was so positive that Rodriguez decided to turn it into a full-length feature film, starring Danny Trejo as the titular vigilante.

“Machete” follows Trejo’s character as wages war on a corrupt Texas senator (played by Robert De Niro) and his former partner, Rogelio Torrez (Steven Seagal), who has found a new calling as a vicious drug lord. Seagal’s performance was never going to win him any Oscars, obviously, but he hams it up spectacularly as a sleazy bad guy who incurs the wrath of the protagonist and boasts a samurai aesthetic. Believe it or not, critics were impressed by Seagal’s turn, too. According to Vulture, his performance is enjoyable as he was more than willing to poke fun at himself, writing “Seagal was not only funny, he was actually kind of self-deprecating. For once, he seemed to be in on the joke.”

That said, this didn’t lead to more such roles for Seagal, and the actioner didn’t mark a Seagalaissance in the grand scheme of things. “Machete” stands out as a diamond in the rough, and quite possibly the actor’s last good movie.

Float Festival 2022: Where to buy last-minute tickets to see Chance The Rapper, Deadmau5...

Ruben Randall - October 28, 2021 0
Money
CAPTAIN America actor Chris Evans is within the top 12 richest Marvel stars. Here’s everything you need to know about the American actor. 2Chris Evans is...