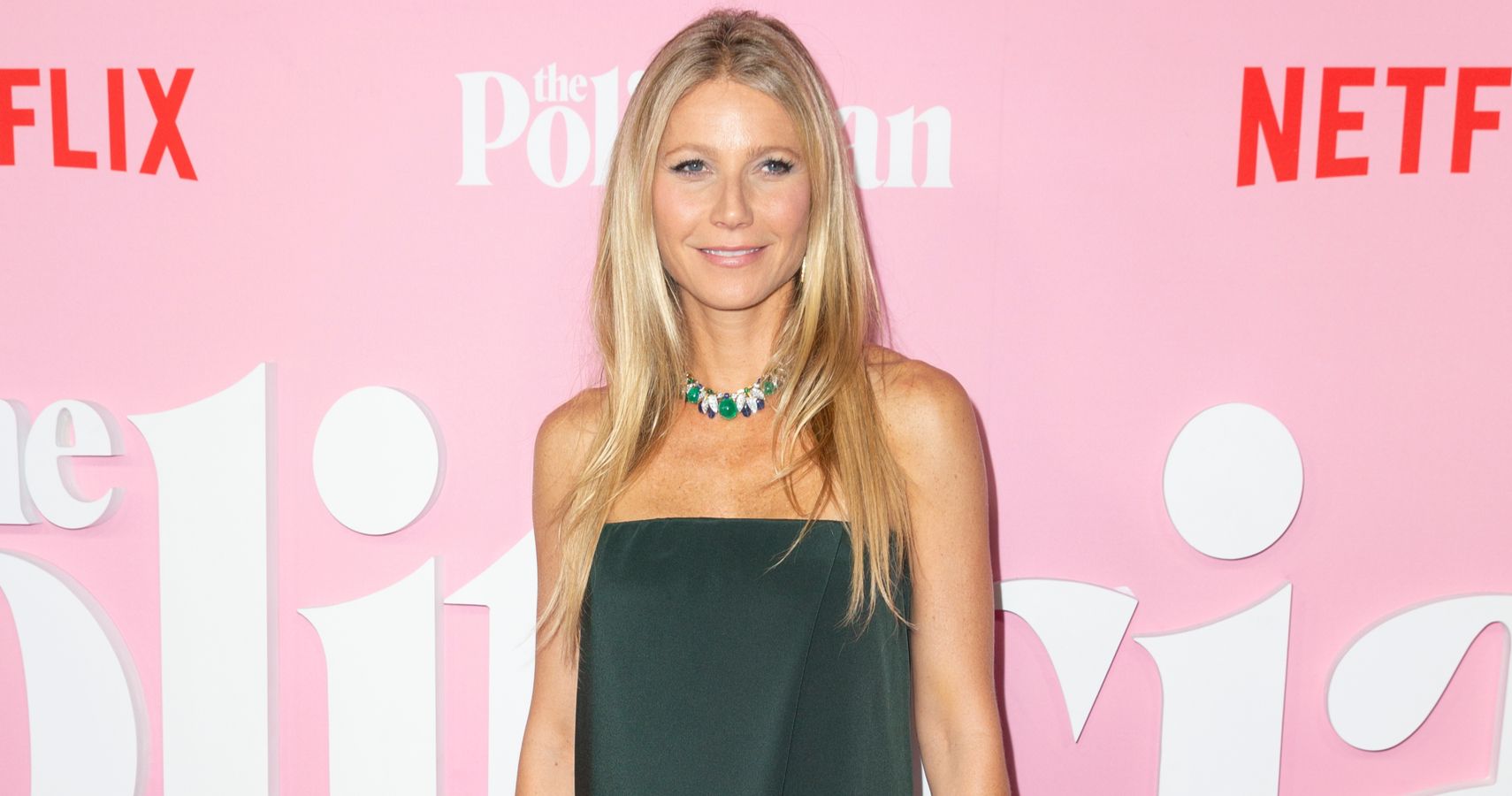 Don’t we all just love a good success story, especially when the celebrity in question is smoking hot and has a bit more than just a pretty face to offer? Now, the entertainment industry is large and comprises singers, actors, and actresses who have gone on to become successful in either the entertainment industry or acting, with some of them being talented enough to enjoy the spoils of both sides! Celebrities like Gwyneth Paltrow, multiple platinum single star Hailee Steinfeld, Kristen Bell, and Jamie Foxx who has released multiple studio albums while maintaining a thriving acting careers. So, with the focus being on women today, here are 10 actresses who crossed over from acting to the music business with a great net worth to prove their success.

First, we have ‘Jenny from the Block’ Jennifer Lopez, whose star has shone brightly in both the music and the Hollywood film industry, collaborating with some of the top artists in both worlds. Contrary to popular belief, the Bronx beauty didn’t find immediate success in the music industry. She first ventured into the music business in 1999 with On the 6, but she had already been touring the world as a professional dancer from 1989 and even appeared in Yo! MTV Raps in 1990 alongside MC Hammer as a dancer. She also appeared as a dancer in music videos for Doug E. Fresh, Richard Rogers, and Samantha Fox before landing a professional dancing job on the sketch comedy television series, In Living Color. She even starred in movies like Anaconda (1997) beside Owen Wilson, Ice, Cube, and Jon Voight and Out of Sight (1998) before releasing an album. Her second studio album, J.Lo, came in 2001, and in 2002, J to the L-O! The Remixes featured artists like Ja Rule, Sean “P. Diddy” Combs, Nas, and Fat Joe. Today, the multi-talented Latina has a net worth of $400 million.

Name the sexiest celebrity superhero that has starred alongside Robert Downey Jr. in recent years. If you guessed Scarlett Johansson, then you’re on the money! The 37-year-old from New York City has been regarded by Time Magazine as one of the 100 most influential people in the world in 2021. Beginning her professional acting career in 1994, she has been featured in movies beside Lisa Krueger, Bill Murray, Colin Firth, Cillian Murphy, Hugh Jackman, Christian Bale, Morgan Freeman, and Samuel L. Jackson. But her talent hasn’t been limited to the big screen. In 2006, she sang the song “Summertime” on a collection of songs recorded by Hollywood stars called Unexpected Dreams – Songs from the Stars. In 2008, she released her debut album entitled Anywhere I Lay My Head, which features David Bowie and Tom Waits. The following year in 2009, she released a collaborative album with Pete Yorn called Break Up, which peaked at No. 41 in the U.S. To date, Scarlett Johansson has a net worth of $165 million.

This Disney Channel child star should’ve been at the top of the list since she is the epitome of an actress who went from a thriving acting career with her country music artist father, Billy Ray Cyrus, on the Hannah Montana show to the constant release of chart-topping music albums and hit singles. The teen idol starred beside her father on the television series from 2006 to 2011 and, as a result of the combination of her acting and singing abilities, she has been listed as the first product within the Walt Disney Company to have simultaneous deals in television, film, and music. In 2007, she released Hannah Montana 2: Meet Miley Cyrus, which topped the Billboard 200 chart and sold over 3 million copies. Her second studio album, Breakout, was released in 2008 and also topped the Billboard 200. Her following albums include Can’t Be Tamed (2010), Bangerz (2013), Miley Cyrus and Her Dead Petz (2015), Younger Now (2017), She is Coming (2019), and other recent projects featuring The Cranberries. Her net worth has grown to $160 million.

With a similar beginning to Miley Cyrus, Selena Gomez began her pursuit of a career in entertainment at an extremely young age, when she met and auditioned for roles with Demi Lovato for Barney and Friends, in which they both appeared in 2002. In 2007, Gomez landed a recurring role as a pop star called Mikayla in Disney’s Hannah Montana series where, again, she starred right next to Miley Cyrus. Between 2007 and 2012, she also appeared in another Disney series called Wizards of Waverly Place with the lead role of Alex Russo. She went on to land the lead role in Another Cinderella Story in 2008, which was a sequel to the 2004 A Cinderella Story starring Hilary Duff. Shortly after, she formed the pop-rock band titled Selena Gomez and the Scene and released their first studio album which peaked at No. 9 on the Billboard 200. Selena went on to release a second studio album titled A Year Without Rain in 2010 which peaked at No. 4 on the charts. Her net worth has been recorded at $85 million.

Known as another Disney Channel teen star, Hilary Duff began her career acting career long before the Lizzie McGuire show. She began by acting in minor roles in Hallmark Entertainment western series before landing her first major role in Casper Meets Wendy in 1998. She then appeared in a television film called The Soul Collector in 1999, for which she received a Young Artist Award for Best Performance as a Supporting Actress. She stole hearts and views with her role in the 2001 Disney Channel television series, Lizzie McGuire, which estimated 2.3 million views per episode. Like Miley Cyrus and Selena Gomez, she began recording music, including the soundtrack for her show, Lizzie McGuire. By 2002, she released her Christmas-themed debut album titled Santa Claus Lane, selling over 500,000 copies. In 2003, she released her second studio album titled Metamorphosis, which peaked at No. 1 on the Billboard 200. Her third album, self-titled Hilary Duff, hit No. 2 on the Billboard 200 and sold over 1 million records. Her other albums include Most Wanted (2005) and Dignity (2007). As an actress, she has worked with Steve Martin, Frankie Muniz, Heather Locklear, and Chad Michael Murray, grossing a net worth of $25 million.

Vanessa Hudgens is recognized for her openly gothic style which she has only seemed to embrace as she has matured. Born in 1988, she has been performing in musical theater since 1998 and has done productions on The Wizard of Oz, The Music Man, and Cinderella. Her first major acting role came at 15 years old on the CBS sitcom, Standing Still. Her theatrical debut came in the 2003 drama film, Thirteen, starring Nikki Reed and Holly Hunter. One of her biggest movie roles was in Disney Channel’s High School Musical where she starred beside Zac Efron and Ashley Tisdale. She recorded a duet for the movie with Zac Efron titled Breaking Free, which peaked at No. 4 on the Billboard 100. Following that, she released her first studio album, V, in 2006. In 2008, she dropped her second album, Identified which made it to No. 23 on the Billboard 200. She continued her acting career and now sits at a net worth of $18 million.

Possibly one of the most experienced actresses on this list, Juliette Lewis was born in 1973 and has been featured alongside a number of A-list actors such as Sydney Pollack, Liam Neeson, Robert De Niro, Brad Pitt, Taye Diggs, George Clooney, and Quinten Tarantino. The Los Angeles native has also worked on projects such as Starky and Hutch with Vince Vaughn, Owen Wilson, and Ben Stiller as well as with Jennifer Lopez in the 2002 drama, Enough. However, her passions ran much deeper than Hollywood and in 2003, she formed her own rock band called Juliette and the Licks and released an EP in 2004 titled Like A Bolt of Lightning. In 2005, the band released their debut studio album, You’re Speaking My Language and in 2006, released their second album, Four on the Floor. By 2009. she released her first solo album, Terra Incognita, to mixed criticisms. The singer/actress now has a net worth of $10 million.

As one of the youngest celebrities on the list, Taylor Momsen was born in July 1993 in St. Louis Missouri. In addition to being the youngest actress on the list, she is the youngest to begin modeling and acting, starting at the age of 2 and 3 respectively. Momsen stated that her parents signed her to Ford Models from the tender age of 2 and by age 3, she was doing commercials. Her breakout role came in 2000 with the role of Cindy Lou Who in Dr. Suess’ How The Grinch Stole Christmas, only being 6 years old. In 2002, she starred in Hansel and Gretel opposite Dakota Fanning. The same year, she starred in Spy Kids 2: The Island of Lost Dreams. Her first song recording was Where Are You Christmas? for the soundtrack to How The Grinch Stole Christmas. In 2009, her band The Pretty Reckless signed to Interscope Records, and shortly after she released her debut album Light Me Up, which debuted at number 6 in the UK. Some of the songs from this album were also featured in movies like The Vampire Diaries and Gossip Girls. Her net worth now sits at $4 million.

Many fans may have been wondering where Lindsay Lohan went after her performance in films like Freaky Friday and Mean Girls. She was also signed to Ford Model by the age of three by her parents and also modeled for Calvin Klein Kids as well as did commercials for Pizza Hut and Jell-O. Her breakout role came in 1998 in Disney’s family comedy, The Parent Trap, where she starred beside Dennis Quaid and Natasha Richardson. She recorded the song Ultimate for the 2003 fantasy, Freaky Friday, in which she starred beside Jamie Lee Curtis. After being signed to a five-year production deal in 2002 with Emilio and Gloria Estefan, Lohan released her debut album in 2004 titled Speak, which peaked at No. 4 on the Billboard 200 and sold over 1 million units. Her second album, A Little More Personal (Raw) was released in 2005 and was certified Gold. Today, her net worth is $1.5 million.


Next
The 8 Richest Italian Fashion Designers, As Of 2022

Who is Abby Champion? Patrick Schwarzenegger Shares a Heartfelt Post for his Girlfriend