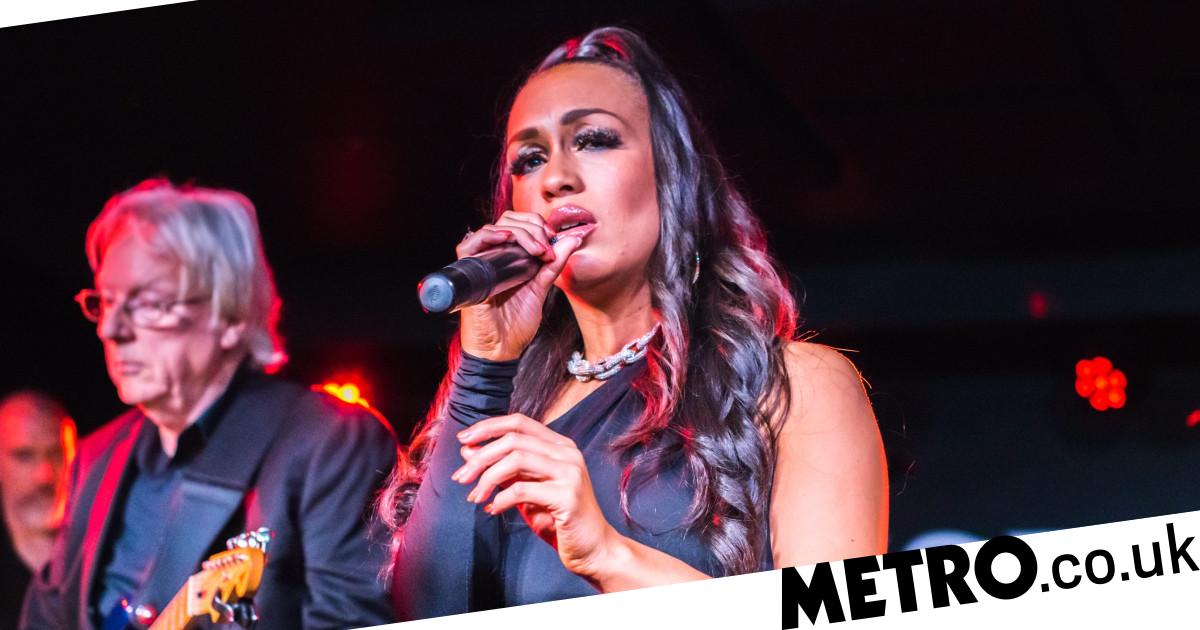 Rebecca Ferguson will soon be meeting with Culture Secretary, Oliver Dowden to discuss a parliamentary inquiry into abuse within the music industry (Picture: Robin Little/Redferns)

This time last year, if you’d mentioned Jedward to me I would’ve thought three things: Irish, twins, hairspray. But ask me today and I think social, justice and warriors.

In light of the news that fellow X Factor contestant Rebecca Ferguson will soon be meeting with Culture Secretary, Oliver Dowden to discuss a parliamentary inquiry into abuse within the music industry, Jedward have shown her their support by speaking out against the exploitation of contestants in the UK.

As well as calling out bad practice in the industry as a whole, the twins also claimed to have witnessed the exploitation of artists who found fame on X Factor, in a string of messages that culminated in them tweeting: ‘The biggest regret in life was not telling the judges on X Factor to f**k off’.

After 15 years on air, The X Factor brought close to 200 finalists to our screens, many of whom went on to secure record deals and make huge contributions to the UK music industry, with the likes of One Direction and Little Mix finding international stardom.

While it’s presumed that those who make it big are the lucky ones, questions are now being raised about the psychological, financial and emotional impact of pursuing a career in an as-yet unregulated industry.

I used to love X Factor. It was part of my Saturday night ritual with the family; lasagne, a slightly burnt garlic bread, and a TV show we would switch on to switch off to.

Talent shows are all about the underdog; plucking raw talent from obscurity and thrusting them into the limelight. The supermarket worker with a voice like Celine Dion, the Merseyside plasterer with the charm of Dion DiMucci; but as much as we loved to watch our talented heroes climb their way to the top, it was the bad auditionees that had us glued to our sets.

I recall teenagers and (now ex-best friends) Abbey and Lisa attempt the Shayne Ward classic, ‘That’s My Goal’, only to be booed by the thousands-strong audience before they’d even butchered the first note. Clearly overwhelmed by the hostility directed at them, the girls turned on each other and Abbey struck Lisa across the face.

While the floor manager can be seen rushing to Simon Cowell to inform him that the pair were separated backstage, presumably in a display of duty of care, the editors still managed to time the elbowing perfectly the crescendo to P!nk’s song, ‘So What’, with the lyrics ’I wanna start a fight’.

This was peak 2010 entertainment.

But when I look back at those days with 2021 vision, I feel dirty. Producers had clearly egged the girls on into thinking that they had a talent worthy of the live auditions. Their friends and families had been gathered to watch backstage as their daughters were fed to the wolves. It was a gladiatorial sport, viewed from the comfort of our sofas. 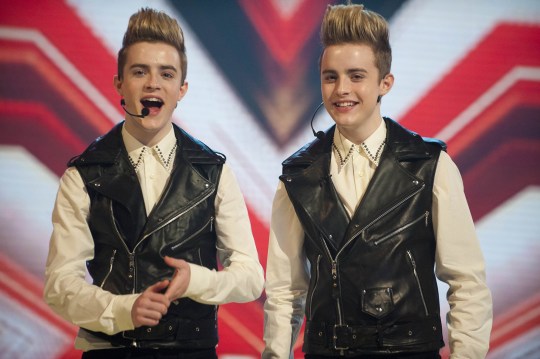 Jedward claimed to have witnessed the exploitation of artists who found fame on X Factor (Picture: Ken McKay/Talkback Thames/REX)

I’d hope this wouldn’t be aired on present-day TV. The cancellation and subsequent inquest into The Jeremy Kyle Show, a programme that thrust vulnerable people with working class accents into the spotlight and turned them into villains or heroes (depending on the whim of the producer) was a huge turning point in the cultural shift of what audiences are willing to sit by and watch.

Vulnerability is a key component in shows that depend on ‘real people’ for entertainment, as it’s essential to the hero narrative. The rags to riches story is a tale as old as time, but what about the people who remain vulnerable once the perceived ‘riches’ have been acquired?

I’m not saying that vulnerability is an inherent quality in those who take part in talent shows or enter into the music industry, but after reading Rebecca Ferguson’s claims, I get the sense that it is a characteristic that is enforced upon them by their superiors in order to gain control.

See also  SnakePit Round Table: Whither the rotation?

The promise of fame and fortune is a powerful thing, as is the guarantee of prime-time exposure, but any form of exposure leaves a person vulnerable.

Talent show contestants often quit their jobs in order to take part in the show, where they are treated as if it’s a privilege to be there, bullied by a judging panel of millionaires, then cast out into the media circus once their time is up.

For too long, the power has been with the people who hold the purse strings instead of the talent

But it’s not just the talented former shelf-stackers who are at risk of exploitation. Arguably one of music’s biggest names, Taylor Swift, has spoken out about how she too was the victim of ‘incessant, manipulative bullying’ orchestrated by manager Scooter Braun.

Rebecca Ferguson is calling for an investigation into the processes involved with recruiting artists, the treatment of existing artists and the conduct of those who hold all the power. She spoke of the time she collapsed three times in a day while working and the people around her neglected to call for an ambulance.

Despite achieving deserved fame and success, Ferguson was told that her career could be negatively impacted by speaking out against abuse within the industry. Nevertheless, she persisted.

In recent years, there have been various stands against abuse of power in the entertainment industries. #MeToo sparked a global conversation about sexual harassment and assault not only in Hollywood, but in all workplaces.

Last year, women in the stand-up comedy circuit compiled a secret list of male comics who had been abusive towards them and in the past few weeks actress Helen Raw has pulled together testimonies of women working in the theatre industry who claim to have been victim to misogynistic abuse at the hands of directors, producers and casting agents.

There has been a palpable shift in the power dynamic, and that’s thanks to people like Rebecca Ferguson and the countless men and women who have gone before her, for having the courage to put their head above the parapet and speak out against all forms of abuse.

I hope that she is successful in her quest to improve regulation in the music industry. For too long, the power has been with the people who hold the purse strings instead of the talent in whom the public invest both financially and emotionally.

Back in 2009, I fell into the trap The X Factor producers set for me and I viewed Jedward as the villains of the story. Now, they’ve proven themselves as the trusty sidekicks to Rebecca Ferguson, the heroine taking ownership of her narrative.

MORE: X Factor stars who have spoken out against SyCo as Jedward hit out at ‘bad facelift’ Simon Cowell

MORE: Jedward helping a friend conceive twins through IVF: ‘Two is always better than one’

MORE: The X Factor has had its gap year – but can it ever return?

Ruben Randall - December 5, 2021 0
Actress
X FACTOR star Rebecca Ferguson has lifted the lid on the support she has received since revealing her abuse hell at the hands of...