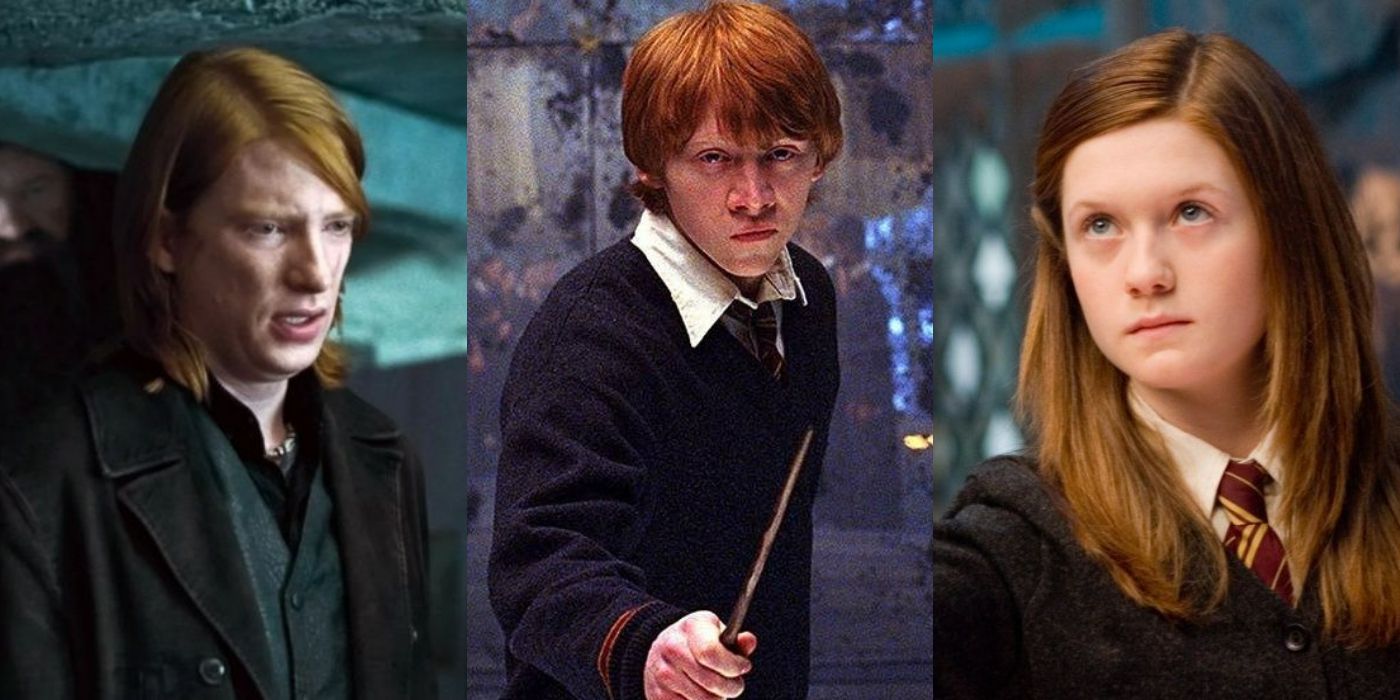 With news that Playstation will exclusively feature the Haunted Hogsmeade quest in Hogwarts Legacy, Potterheads are days closer to the anticipated game’s release in February 2023. Although the game takes place a century before Harry’s own attendance at Hogwarts, it will include the famous, powerful Weasley family, who has a long history in the Wizarding World.

Harry Potter could not have made it through a single school year, had it not been for the love, friendship, and humor provided by the Weasley siblings. These red-headed brothers and sister formed an integral part of Harry Potter, and not just as the boy wizard’s support system — they were incredibly skilled wizards as well. Each one of them was proficient at various types of magic and held power like few others in the Wizarding World.

Not only was Percy the least heroic Weasley sibling, he was also the least powerful. The former Prefect and Head Boy had the potential to be incredibly skilled since he got top scores in the O.W.Ls and N.E.W.Ts, but his blind faith in rules and grab for government clout kept him from developing a niche.

He had bookish knowledge and a thirst for political power, which he traded in for wizarding power. He was good at magic across the board but never spectacular. Even when he managed to get a foot into the Ministry, he was never remembered for being good at his work. In fact, he messed up with Barty Crouch pretty terribly when he followed his orders by owl post.

It was never Ron Weasley’s aim to be very skilled at magic, and that was probably because he never had a natural inclination towards it. Likable and fun, this Weasley showed his difficulty in performing spells and charms from the very beginning — be it “Wingardium Leviosa” or his silly “Sunshine, Daisies” spell on Scabbers. With a broken wand, he was even more magically handicapped, which didn’t improve with a new wand either.

What Ron didn’t have in conventional power, he made up for in guts and daring. He had the power to fight a Horcrux and kill it, faced wizarding chess made by Dumbledore himself, fought against Death Eaters regularly, and saved Hermione. He could be extremely strong when the occasion demanded it.

The only sister among brothers, Ginny was brought up to have a thick skin. The young witch was excluded from Quidditch games by her brothers, so she honed her abilities all alone and became one of the more dynamic Weasley siblings, along with becoming hugely successful in the future.

Much like her love interest, Ginny was able to conjure a full, corporeal Patronus at only 14 years of age and developed her defensive magic better than most of her brothers. Her Disarming Charm and Reductor Curse were especially potent, as was her Bat Bogey Hex. A gifted Quidditch player, she was a Seeker like no other with immense flying skills. Ginevra was a formidable witch to go up against.

Always known as the eternal troublemakers, Fred and George actually had brilliant minds hiding behind their rebellious attitudes. They were incredibly passionate about using magic for fun and enjoyment, so they did just that. The love potions, Jinx-Offs, Peruvian Instant Darkness Powders, Weather In A Bottles, Miraculous Mystic Mayhem Makers, and Shield Clothes were absolutely genius products. They were one-of-a-kind, and the twins needed to be very adept at magic to be able to make these.

Though people would consider them silly spells in Harry Potter, the twins actually molded and carefully thought out each product for it to be high-powered. For this to work, they used their knowledge to create different types of spells to make each commodity a reality, which just about sums up how powerful they are as wizards.

The Care of Magical Creatures was a rare skill, and even more so when it involved dragons. These creatures were mysterious and strong beyond measure, so a dragonologist was considered to be an extremely talented wizard or witch. Charlie had a deep understanding of dragons and the capability to handle them with ease, which meant he was a very proficient wizard with extraordinary Magizoology talents.

Flying was also Charlie’s strong suit, and he was the captain of his team at Hogwarts. The elder Weasley brother also had considerable experience in dueling and Charms, so he had a well-rounded set of magical skills. Dumbledore depended on him to further foreign relations, especially in regard to expanding the Order of the Phoenix, which meant he was definitely formidable in his power.

The eldest sibling of the Weasley family, Bill was older and more powerful than most of the brood. The profession of his choosing was one of the most challenging and dangerous ones — Curse Breaking required courage, magical know-how, and resilience like no other. As a Gringotts Curse Breaker, Bill had traveled far and wide and dealt with complex and lethal curses successfully, which was something that the wizard developed himself without training.

So, Bill had to have extensive knowledge of various types of defensive magic, the antidote to them, and working out the best way to disarm them. Only a very influential wizard could work this out on the move, which was why Bill was easily the strongest Weasley wizard, at least within his brothers and sister.

‘There’s Nothing About Me That’s Jealous’: Floyd Mayweather Wants His Boxing...