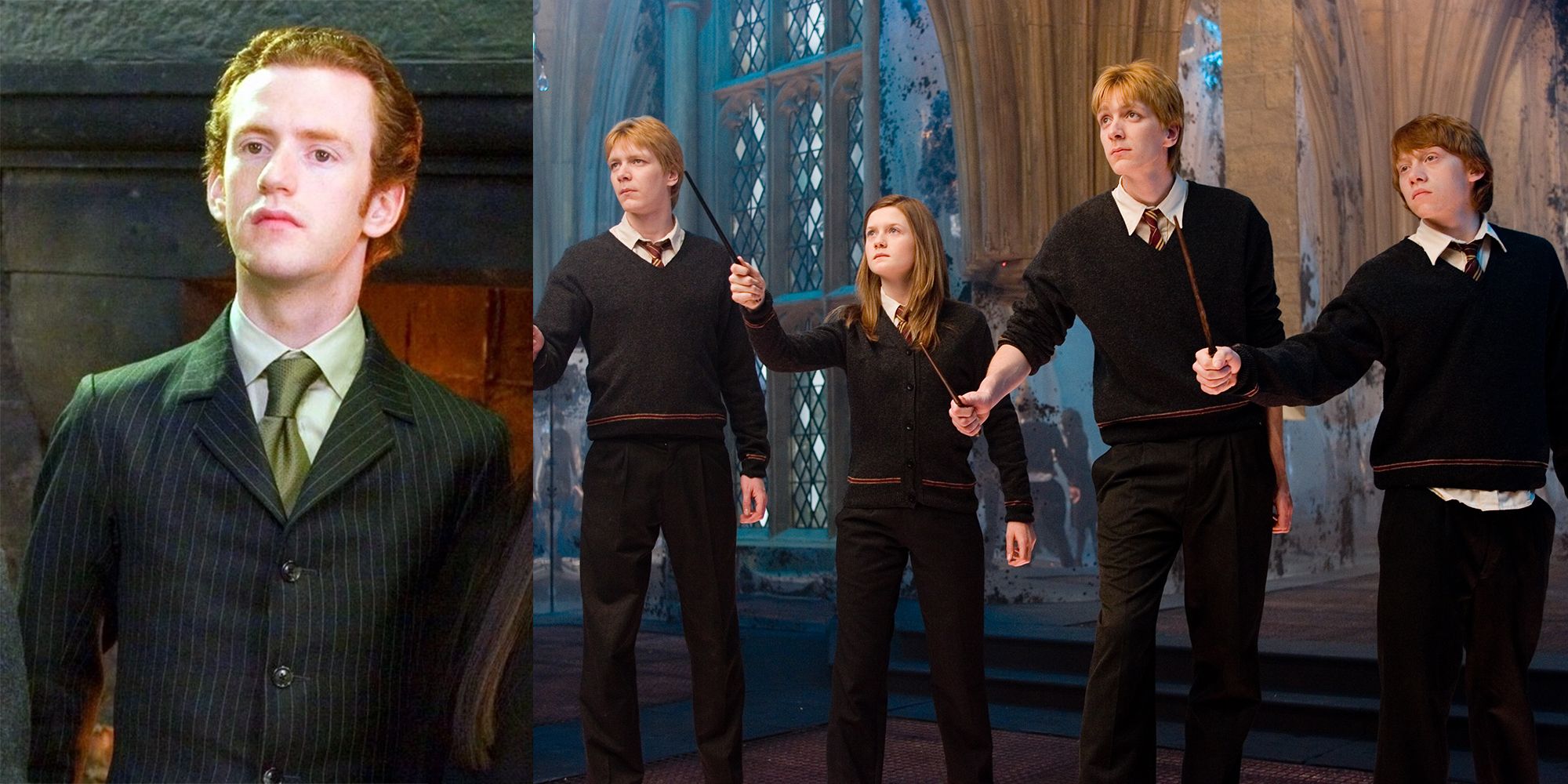 After the lukewarm response that the Fantastic Beasts movies garnered, news of different spin-offs and the future of the Harry Potter franchise have been circling the media. Thankfully, the original Potter movies stay as popular as ever, and the Weasley family were a big part of Harry’s journey and battle against the Dark Lord.

There was no way the Chosen One would have made it through his trials without the support of the Weasley siblings, most of whom adopted him like their own brother. Each of them was valiant and courageous in their own way, and they stepped up to the plate whenever they had to. Some of them weren’t quite so brave, while some were heroic beyond imagination.

There is a reason why Percy Weasley was so hated by Harry Potter fans, and that was his cowardice. His respect for rules was not something to be concerned about, but turning his back on his family to stay in the good books of the Ministry was an unforgettable crime.

Not only did Percy campaign against Harry in every way possible (he wrote letters to Ron to stay away from him, and joined in the Ministry’s propaganda to discredit his claims about Voldemort’s return), but also refused to return to his family’s side when Arthur was attacked, or during Bill’s wedding. He only came to his senses during the Battle of Hogwarts, but his reputation was besmirched forever by that point.

Charlie was miles ahead of Percy when it came to courage. He was always geographically distant from his family due to his escapades in Romania, but Charlie always showed up whenever he could to help his family and Harry fight the Dark Lord’s forces.

See also  The Importance Of Being Earnest

His moments with the Weasleys didn’t make it to the movies but Charlie’s fascination with dragons in itself was pretty heroic. He was always available to assist Dumbledore and Hagrid while handling the volatile creatures and helped Dumbledore make important alliances with foreign wizards for the Order of the Phoenix. Charlie even ran to the defense of Hogwarts in the second half of the Battle in Deathly Hallows, bringing with him reinforcements that evened the playing field a bit more.

Even though George often did exactly what Fred did, there were slight variations in their actions, which Harry Potter book fans would know. With his brother, George revolted against Umbridge and her Machiavellian ways, leaving a trail of destruction and a good lesson for the awful woman to learn.

He was a bit quieter than his twin, and also showed some hesitation in blackmailing Ludo Bagman during the Quidditch World Cup. George was always protective of Ginny, Harry, and Hermione (although he did tend to torment Ron a fair bit.) He even lost an ear to Snape’s Sectumsempra spell while transporting Harry to safety.

Dearly departed Fred showed a little more bravery than his twin because, unlike George, he openly appeared on Potterwatch, which was a sure-shot way to get hunted down by the enemy if they heard the broadcast. The radio show was a risky undertaking, but Fred went ahead and reported under the name “Rapier,” along with Lupin and a few others.

He was completely committed to the wizarding cause and even lost his life in the Battle of Hogwarts, which was mourned not only by the Weasley family but also by Harry Potter fans worldwide. Fred was extremely clever and he used his smarts for the good of the people.

The youngest of the Weasley brood was small but mighty, tussling with Tom Riddle directly in her first year at Hogwarts. She was made a victim in the opening of the Chamber of Secrets by the Malfoys, but Ginny fought through hard when she found out that she was being controlled by the book and even took responsibility for it.

Her consequent bounce-back was nothing short of fantastic, as she integrated herself into school life very normally after the ordeal. She was exceptionally brave in the fight at the Department of Mysteries, and her fight in the Battle of Hogwarts was valiant too, considering she had disobeyed her entire family to join in the battle. Her love for Harry was extremely potent, and she stood in front of him, even as Pansy Parkinson told her classmates to give him up to Voldemort.

A third of the Golden Trio, Ron faced almost every ordeal that Harry went through every year with Voldemort or his cronies. Right since Sorcerer’s Stone, Ron played Wizarding Chess, sacrificing himself to keep Harry going forward. Despite his arachnophobia, he followed Harry to the forest to see Aragog.

Ron was always ready to fight for his friend, whether it was at the Department of Mysteries, the Astronomy Tower, or at the Quidditch World Cup when the Death Eaters struck. The only weird decision Ron made was to leave Hermione and Harry in the seventh installment as they searched for Horcruxes, which made him a bit less heroic than he usually was.

See also  The Weasley Siblings, Ranked Least To Most Powerful

The eldest Weasley son was the most audacious, as he proved through his arc in the books and movies. At Hogwarts, Bill had nurtured Charlie’s love for dragons by going with him to the Forbidden Forest, and he was a part of the second Order since the start, helping amp up the defenses at Hogwarts and around Harry.

He managed to find a ray of happiness with Fleur during dark times, despite the vicious attack by Fenrir Greyback. Holding a wedding when his family was being hunted was valorous, but most importantly, his ability to let allies into Shell Cottage after being newly married was even braver. As Curse-Breaker for Gringotts, Bill anyway did high-risk work, but opening his home right after marriage to Harry, Luna, Ollivander, Ron, and the others, when there was a manhunt for them, was extremely heroic. Bill doesn’t get enough credit for his contribution to the war against Voldemort.

NEXT: 9 Memes That Sum Up Harry Potter And The Deathly Hallows Parts 1 & 2


Next
Which Sci Fi Movie Should You Watch, Based On Your Zodiac?

Ruben Randall - October 23, 2021 0
Money
Hip hop rumors Lil Durk, who was accused of cheating on his longtime girlfriend India Royale last year, found himself in the soup again on...