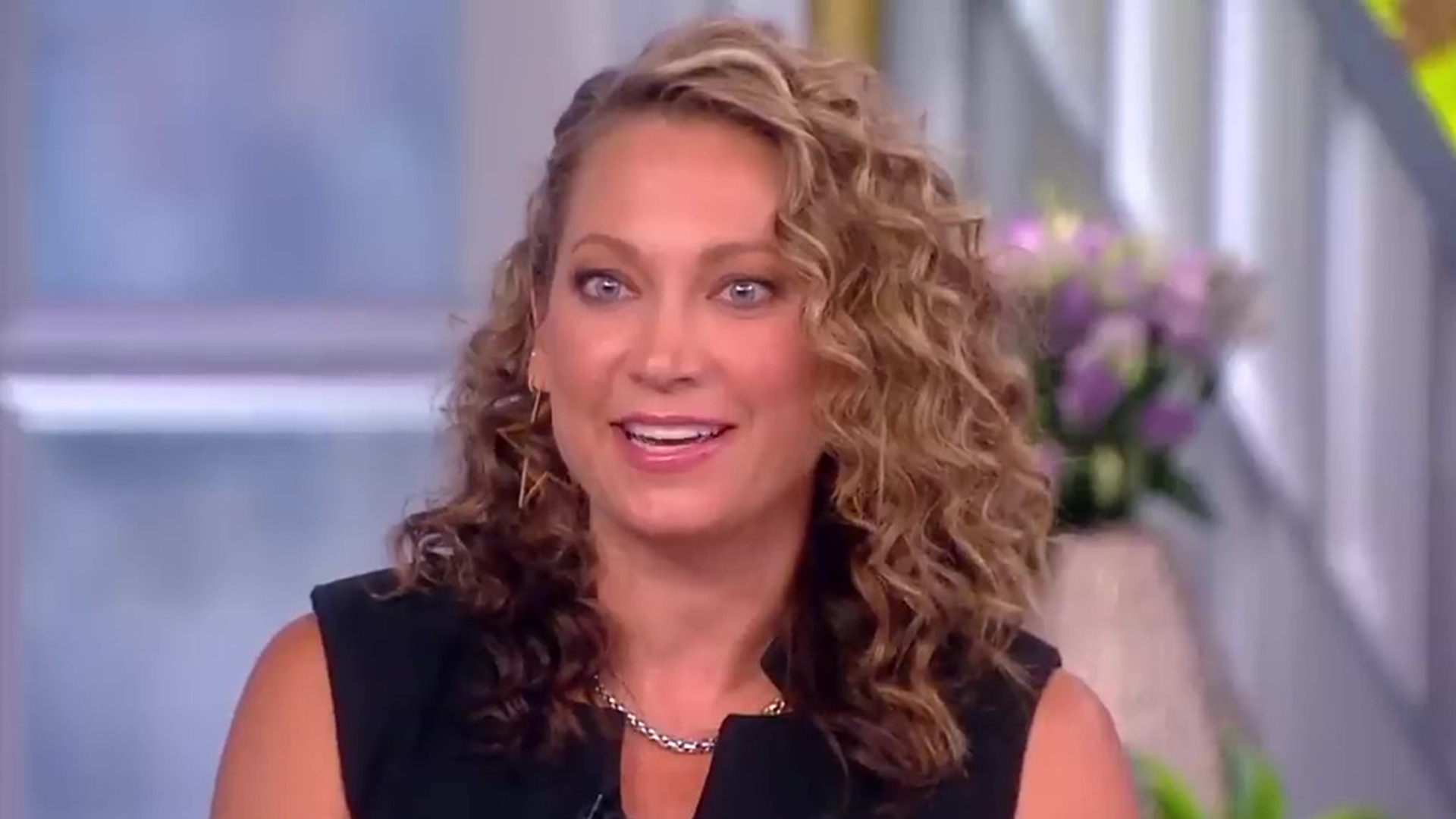 FANS of The View want to see more of Zee.

Good Morning America star Ginger Zee filled in as guest host on the daytime talk show on Tuesday, and viewers liked what they saw. 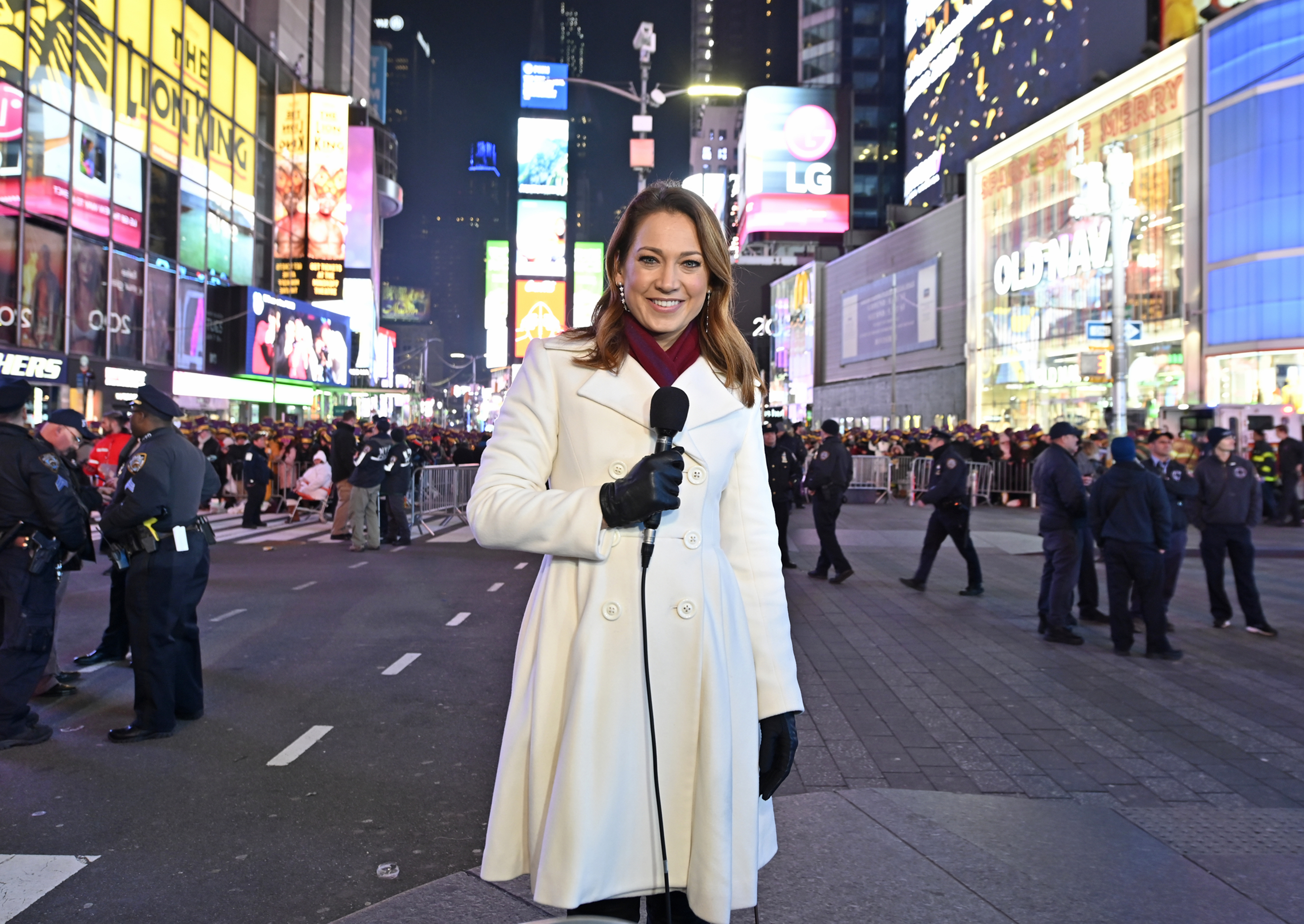 Ginger is also the  chief meteorologist at ABC NewsCredit: Getty

With normal co-hosts Joy Behar and Sara Haines both absent from the show for a second straight day, Ginger, 41, slid behind the table.

And fans on Twitter were happy to see her.

“Ginger Zee is so refreshing & cool.” one person tweeted. “She’s better from one day than all of the other fill in guest hosts.”

“A true natural on the show,” one fan gushed, while another added: “My favorite guest host ever.” 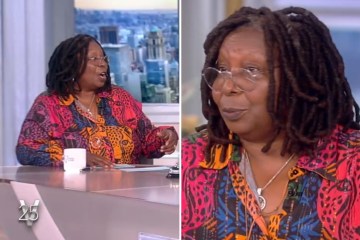 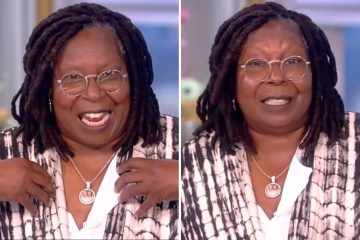 And one fan pushed for Ginger to join the show permanently: “Loved you on The View Ginger. You should become a new cast member!”

Both Joy and Sara have missed the past two days, but only the latter’s lack of attendance has been explained.

Moderator Whoopi Goldberg revealed on Monday that Sara is out with Covid, which meant she’d likely be out for a few days, in order to recover and no longer be potentially contagious.

As for Joy, very few details were given, making fans extra concerned.

Whoopi explained to the audience at the start of Monday’s episode: “We have to tell you, Sara is out with Covid. We want her to get well soon.

“Joy does not have Covid, but she’s not in today. She’s taking the day off.”

Joy is the only original panelist on The View, having joined when it first premiered 25 years ago.

Her absence comes after the cast was in the Bahamas for a week, in celebration of the show’s big anniversary.

Then, everyone had last week off, before they were all set to return on Monday.

Though viewers understood Sara was out due to an illness, they were surprised that no real explanation was given for Joy.

This comes amid rumors the 79-year-old is retiring from The View.

While rumors of retirement run rampant, the show is reportedly preparing to announce a new addition.

At the start of July, a source close to the show revealed to The New York Post that a new conservative host will be added to the roster.

The insider revealed: “I would expect an announcement before the season ends on August 5.

“If you watch the show, you can see people who are coming back regularly to join the co-hosts at the table.”

The source added: “It is an invaluable experience for the show. And it was always the plan to make sure they had a seat at the table.”

Meanwhile, fans are convinced the search has been narrowed down to three potential candidates.

One of the potential candidates is Alyssa Farah Griffin, 33, the former White House Director of Strategic Communications during the Trump administration,

Another candidate added to the list is Tara Setmayer, 46, a former GOP communications director on Capitol Hill.

The name of Lindsay Granger, the host of Daily Blast Live, was also dropped in the thread.

Fans assume the ABC network is “probably going to pick Alyssa at this point” but “feel Tara Setmayer should get the job,” because “she has the best chemistry with the ladies and can disagree agreeably.” 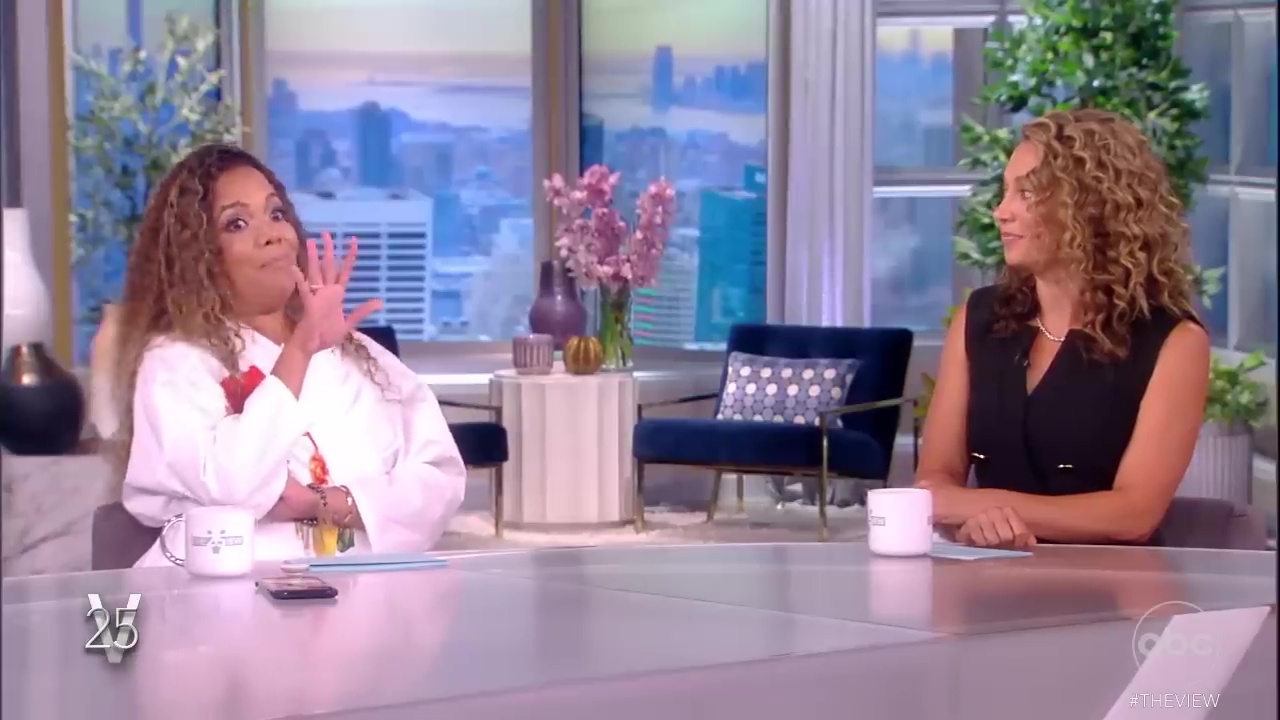 Fans called for more Ginger in their morningsCredit: ABC 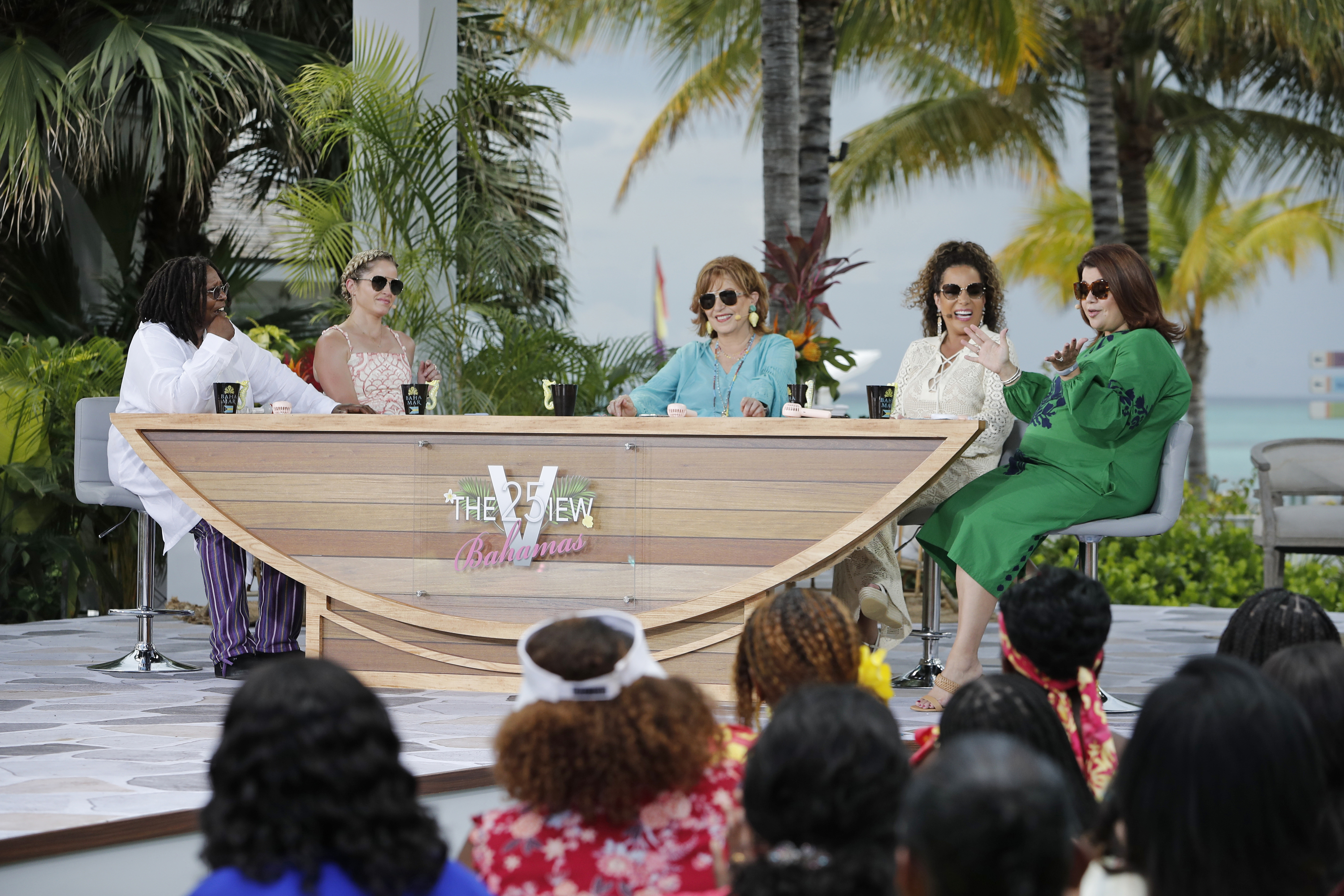 The show has recently returned after a week of celebration episodes in the BahamasCredit: ABC 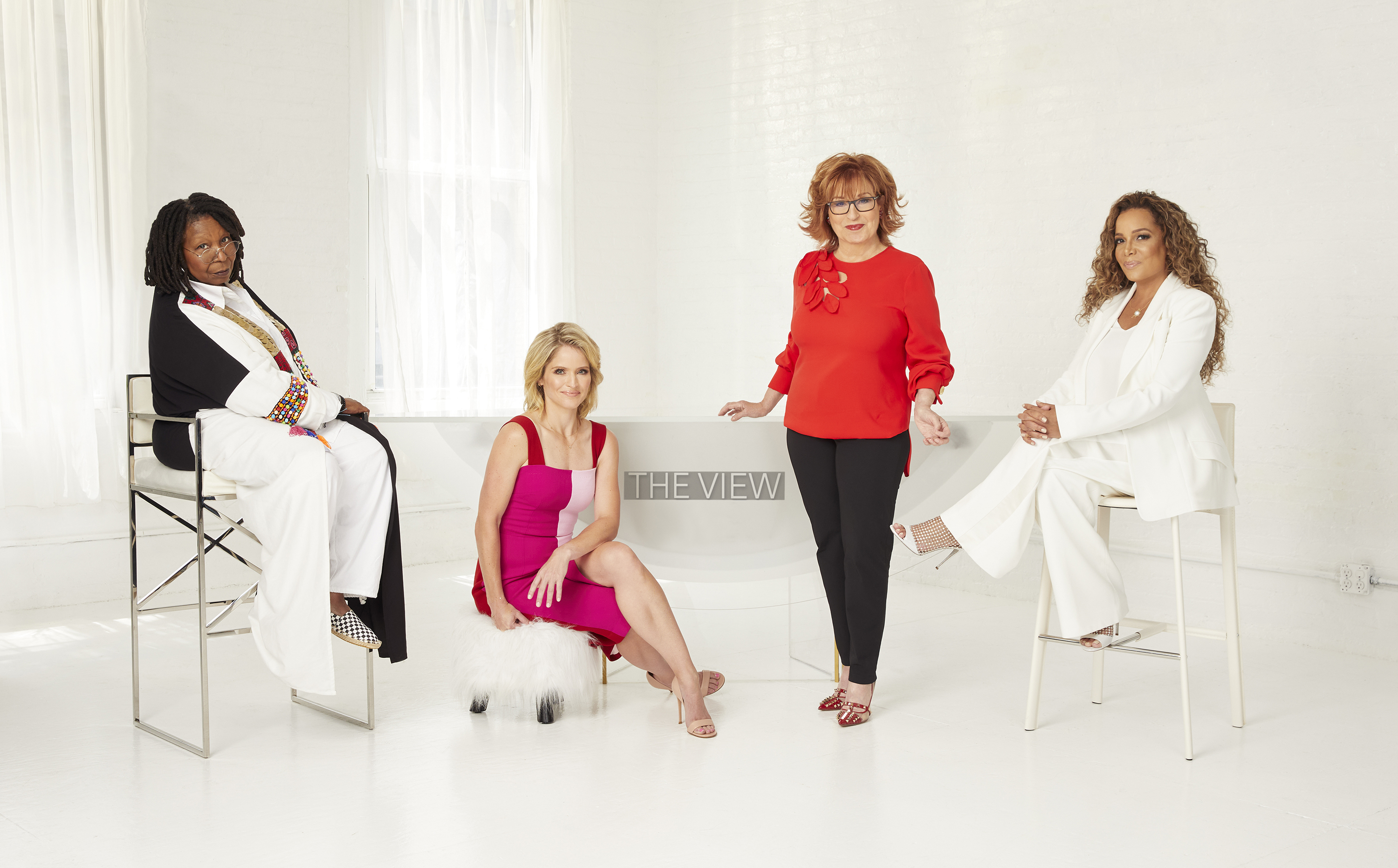 Concern is growing after the continued absence of Joy Behar and Sara HainesCredit: ABC