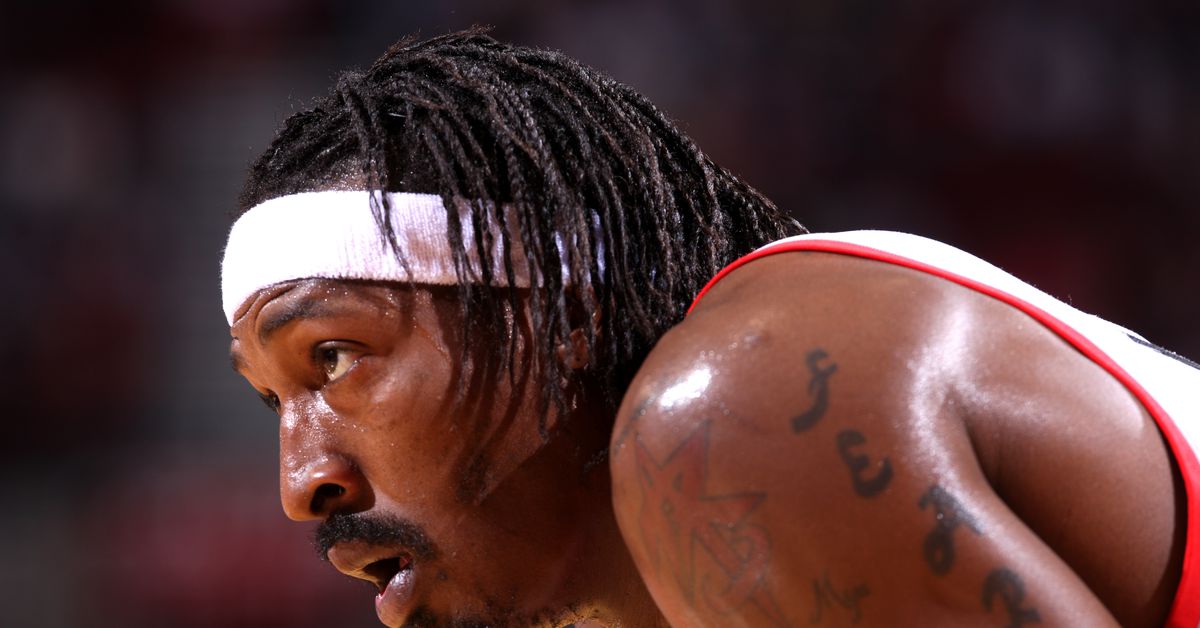 A decade ago, the Portland Trail Blazers kickstarted a new era thanks to an Interim General Manager boldly trading veterans out of a miserable situation to take a chance on a couple of lottery picks.

Before you start poking holes in the analogy I’m loosely about to make, I want to be clear — the 2012 and 2022 Blazers faced different obstacles from different positions. But they do share some similarities.

One connection between the two pivot points is Damian Lillard. After starring almost instantly as Portland’s prize in 2012 and spending the past seven years as the franchise star, he’ll try to take this team into a new phase with a hopefully “re-tooled” roster.

But it’s the trade, executed 10 years and 2 weeks ago, that landed Lillard in Portland’s lap, which we re-visit here. Because thanks to a New Jersey Nets franchise desperate to make a splash, the Blazers were able to change direction, quickly.

Something the current incarnation is also trying to do.

You all remember Raymond? For those that do, you can take a moment to scream. For those that don’t, he’s the guy who showed up to training camp out of shape and seemingly disinterested in actually contributing to Portland’s success.

In March of 2012, an executive team featuring Interim General Manager Chad Buchanan decided to tear things down, sacking Coach McMillan 43 games into the campaign, then executing a series of bold moves.

Kaleb Canales took the reins as Interim Head Coach. Felton and Kurt Thomas got sent to the Knicks for Jared Jeffries, Kostas Papanikolaou, the rights to Giorgos Printezis, and a second-round pick the following offseason.

At the deadline, Marcus Camby went to the Houston Rockets for Hasheem Thabeet, Johnny Flynn and another second-round pick.

But the largest transaction focused on then-29-year-old wing Gerald Wallace. Wallace, a 2010 All Star and All Defensive First Team honoree, had been brought to Portland at the 2011 trade deadline from the Charlotte Bobcats to help the young Blazers contend. In 2012, it was clear that particular roster had hit a roadblock. Wallace still had perceived trade value.

The Nets turned to Wallace, sending Portland sixth-year forward Shawne Williams, about-to-retire big man Mehmet Okur and, most crucially, a Top 3 protected first round pick. Williams and Okur were the salary ballast to make the deal legal. They never actually suited up for the Blazers.

Matthews’ left Achilles snapped in March 2015. Aldridge left in free agency that summer. Lillard remains with the team to this day.

New Jersey finished the 2011-12 season with the league’s sixth-worst record, eventually yielding the sixth pick in the ensuing draft. Clearly King wasn’t prepared to take a chance on a lottery pick. He wanted guaranteed talent to help his team contend.

It was probably a foolish strategy, but you can kind of understand why. The Nets relocated to Brooklyn during the 2012-13 offseason. After prying Williams away from the Utah Jazz, they wanted to stake a claim to compete with the incumbent New York franchise.

And while the Nets might not have taken Lillard if they’d held onto the pick, there was plenty of talent in that 2012 class, including Draymond Green, Khris Middleton, Will Barton, Jae Crowder, Harrison Barnes, Andre Drummond and Evan Fournier.

Portland used the sixth pick on Lillard, then their own 11th selection on Meyers Leonard, plus the 40th pick on still solid rotation wing Will Barton.

Lillard went on to win Rookie of the Year unanimously. The former Weber State product has since become more than just a star NBA player. He has embodied the franchise, making it relevant, while embracing the community without reservation.

Lillard has one All-NBA First Team, four All-NBA Second Team and one All-NBA Third Team to go along with six All Star nods and most recently chosen as one of the top 75 players in the history of the league.

He boasts career averages of 24.6 points on 37 percent three point shooting, 89 percent from the free throw line, as well as 4.2 rebounds, 6.6 assists and 1.0 steals. Along with Steph Curry, he has changed the way three-point shots are guarded, opening up ridiculous offensive possibilities for teammates.

It’s important to highlight that the Nets made another horrendous deal 15 months after the Wallace trade, sending a boatload of picks to the Boston Celtics for aging Kevin Garnett, plus Paul Pierce and Jason Terry. Two of those picks became Jaylen Brown and Jayson Tatum. Facepalm.

To make that deal work, Wallace — the prize a year earlier — was sent to Massachusetts for two years before becoming the salary ballast in deals with the Golden State Warriors and Philadelphia 76ers. He never actually played for the latter two franchises.

The Blazers once again have a chance at two lottery picks this summer. This time Portland’s own pick has the chance to land sixth, while the New Orleans Pelicans pick — brought back in February’s McCollum trade will probably sit between 10th and 14th if it conveys.

It’s still astonishing to think that the Brooklyn Nets could have selected Damian Lillard, Jayson Tatum and Jaylen Brown over a five-year period. (Obviously Lillard might have hurt Brooklyn’s draft odds in future years but this is a hypothetical exercise.)

Luckily, Buchanan acted when he did. Accepting that the 2011-12 incarnation of the Blazers was going nowhere, he capitalized on a Nets front office eager to secure the services of Gerald Wallace who, through injuries and age, was unable to really help any of his future teams.

Let’s hope Joe Cronin has as much luck, as he enters the draft with at least one, and possibly two lottery picks. Whether he uses them outright or trades them, he’ll be hoping they can revitalize the franchise in similar fashion to 2012.