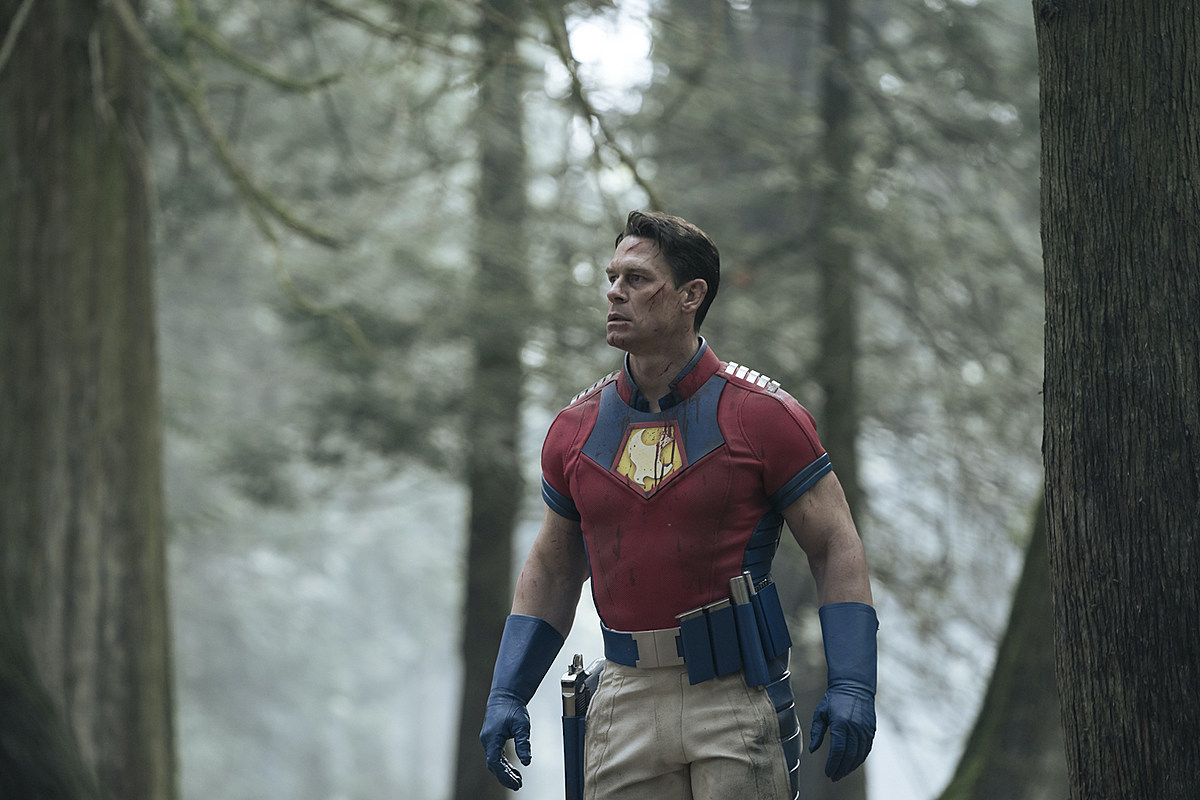 The following post contains SPOILERS for the Peacemaker finale.

Peacemaker’s confrontation with the Butterflies came to an end in the just-released season finale of the series. After — and only after — the battle was over, the Justice League showed up, or at least some of them did. We see Jason Momoa’s Aquaman and Ezra Miller’s Flash, along with Superman and Wonder Woman, although those characters remained in the shadows and didn’t actually say anything. (We didn’t get any closeups of Henry Cavill or Gal Gadot, either.)

Peacemaker creator James Gunn told Variety about the process of pulling off the surprise Justice League appearances. (He also joked that of course the team showed up after the fight was over because “we didn’t have the budget for them to show up on time.”) Gunn said he got Momoa’s okay before he even started shooting, because Peacemaker made comments about Aquaman’s, uh, love of fish as a running joke throughout the season.

Ironically, Marvel’s crew shot Ezra Miller’s cameo — payback, Gunn said, because the Peacemaker crew had filmed Chukwudi Iwuji’s screentest for Guardians of the Galaxy Vol. 3. (Iwuji was cast in Guardians in a still-undisclosed role.) As for why Batman and Cyborg did not appear alongside the rest of the Justice League in Peacemaker, Gunn gave a very interesting answer:

You know, I don’t know what I can — there are reasons for it, but I’m actually uncertain whether I can say what those reasons are. It might have to do with future stuff.

It sounds like the reason is whatever happens during The Flash movie, which for sure will feature Ben Affleck’s Batman and Michael Keaton’s Batman, and involves alternate timelines and perhaps changes to the multiverse. That movie comes out in November, so we’ll find out the full story here eventually.