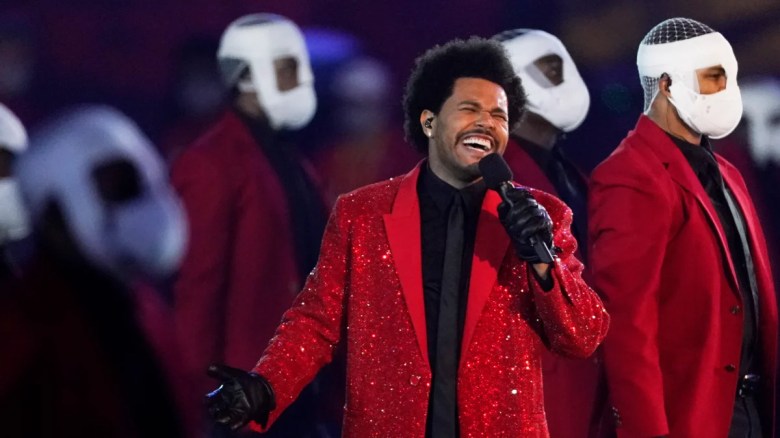 Joe and Anthony Russo have reached out to The Weeknd about a possible musical movie.

The Russo Brothers’ next project? They want to work with one of their “idols,” The Weeknd.

“I’d love to do a musical. In fact, we were talking to a few contemporary artists including The Weeknd about trying to get a musical off the ground,” Joe Russo teased. “I’d love to work with someone who wants to do an experimental musical. I thought what he did during his Super Bowl show was awesome. I’d love to see that as a movie.”

The Weeknd took the same level of theatricality on tour for his pandemic-postponed “After Hours Til Dawn” tour, kicking off with a gritty operatic cityscape and haunting visuals to craft a rock funk opera onstage. The MetLife stadium stop on the tour also marked The Weeknd’s debut for “The Idol” teaser trailer, showcasing his acting chops since his “Uncut Gems” appearance.

The series stars Lily-Rose Depp as an aspiring pop star who becomes entangled with Tesfaye’s cult of celebrity… which may, in fact, be a literal cult.

The Russo Brothers, whose latest film “The Gray Man” premieres on Netflix July 22, recently shared that they are “agnostic about delivery” for films, whether debuts be in theaters or streaming.

See also  Ben Platt talks about being back on tour

“We’re in crisis right now because everyone’s at war with each other,” Joe Russo told The Hollywood Reporter. “It’s sad to see, as guys who grew up loving film. A thing to remember, too, is it’s an elitist notion to be able to go to a theater. It’s very fucking expensive. So, this idea that was created — that we hang on to — that the theater is a sacred space, is bullshit. And it rejects the idea of allowing everyone in under the tent.”

He continued, “Where digital distribution is valuable, other than what I said earlier about how it pushed diversity, is that people can share accounts; they can get 40 stories for the cost of one story. But having some kind of culture war about whether there’s value in that or not is fucking bananas to us.”

Oscars 2022: Beyoncé will sing ‘Be Alive’ from ‘King Richard’

‘Don’t worry too much about the stock market craziness’: Elon Musk Reassured His Staff...

Ruben Randall - July 18, 2022 0
Celebrity
“We hate each other but absolutely love the attention we’re getting.” Angelina Pivarnick and Chris Larangeira have been officially divorced for nearly two months,...