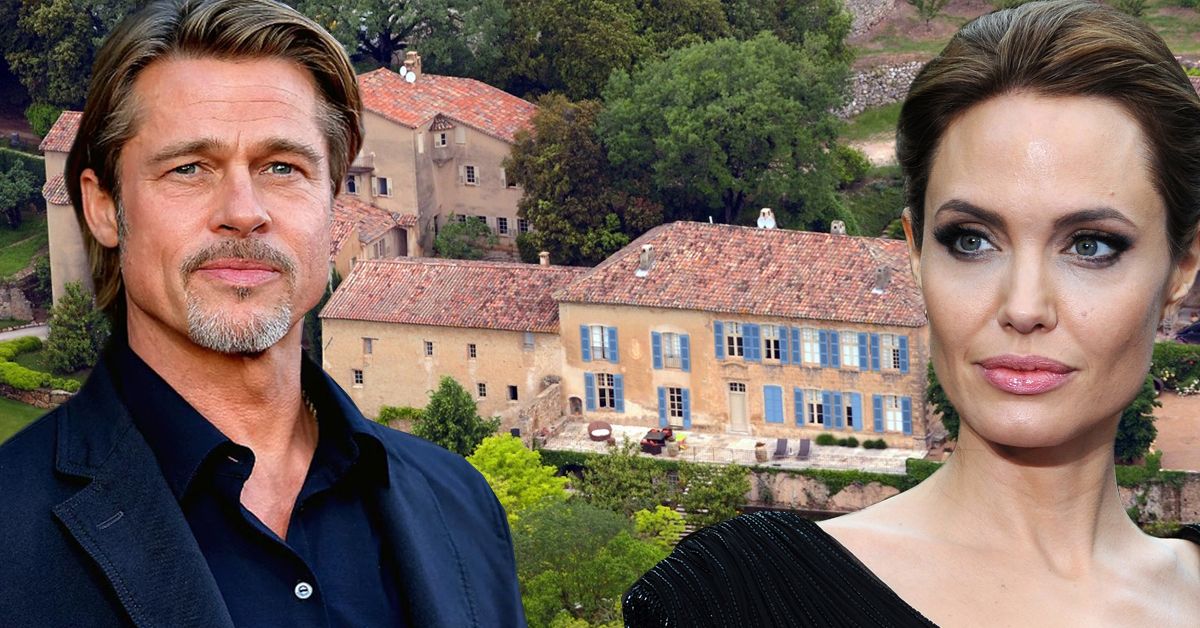 Brad Pitt and Angelina Jolie were one of the biggest couples in Hollywood for over a decade. They got together in 2005 following the public dissolution of Brad’s marriage to Jennifer Aniston amid unfaithful allegations. To this day, rumors suggest Brad had an affair with Angelina after meeting on the set of Mr. and Mrs. Smith.

By 2006, the couple welcomed their first biological child together. In addition to adopting three kids, they went on to welcome two more biological kids, a set of twins, for a grand total of six children. More than a decade later, Brad and Angelina got married in front of their children in an elaborate ceremony in 2013. But it all came to a dramatic end in 2016, when she filed for divorce amid abuse allegations. What came next was years of legal conflict for the exes, especially over their former winery business.

Known for their love of France – their twins were born in Nice – the couple spent a lot of time with their children at the winery. They even held their wedding at the estate in 2014. So, when they split in 2016, it made sense that Angelina wanted to free herself of the sentimental stakes.

However, since Angelina filed for divorce, they’ve been fighting over the winery, with the actress trying (and since) selling her shares. Angelina owned the shares through her company Nouvel, which she’s since sold, while Brad owned his through his company Mondo Bongo.

Here’s everything that’s happened since Brad and Angelina started fighting over their winery.

A Court Gave Angelina Jolie Permission To Sell Her Share

Angelina expressed interest in selling her shares shortly after her breakup with Brad but ran into troubles doing so while their divorce was being finalized. In July 2021, the Girl, Interrupted star asked a California court for permission to sell her stakes to a third party. In September, she was given the green light, and then she sold it the following month.

The buyer, Russian oligarch Yuri Shefler’s Tenute del Mondo, the wine division of his Stoli Group, paid an undisclosed amount. This effectively gave the businessman 50% of the Château Miraval estate.

Brad Pitt Says She Illegally Sold The Winery To Hurt Him

Early on, Brad’s company held a majority of the shares. But when they married, he transferred some of his stakes to Angelina’s company, so they both had an equal stake.

PEOPLE says that court documents reveal, “When the two actors first purchased their shares in Quimicum in 2008, their respective companies split the ownership 60-40, with Mondo Bongo holding the majority share.”

RELATED: Where Are Josh And Anna Duggar’s Children Currently Living?

The publication continues, “In 2013, the split evened to 50-50 when Mondo Bongo transferred some shares to Nouvel, the lawsuit.”

After Angelina said she wanted to sell her stakes, Brad’s Mondo Bonga launched a lawsuit against his ex-wife’s company, Nouvel, to re-establish the original division of shares. Brad reportedly “sold Jolie the shares back in 2013 for a symbolic price of 1 Euro, below the true value of her stake, and now argued the transfer should be voided.”

Though Brad tried to stop Angelina from selling her shares, he was unsuccessful after the California court gave her permission in 2021 to proceed.

However, after Angelina sold her stakes, Brad’s legal team referred to the sale as “illegal,” given the division of the shares remains 50-50, and that Angelina and Nouvel violated his and his company’s contractual rights. He filed a lawsuit against Angelina February 2022 for selling her shares.

Moreover, he’s accused his ex-wife of selling the company to the Russian businessman as a way to “inflict harm” and hurt his reputation.

Even though Brad claims he was wronged during Angelina’s sale, she reportedly gave him a chance to buy her stakes before looking for a third party. “After making multiple offers to her ex-husband, and knowing the business will be inherited by their children, she found a business partner with experience in the alcohol industry,” a source said.

“It is gaslighting, claiming that he is the victim in order to cover up the harm he intentionally caused to his ex-wife (excluding her from the business and holding the most significant part of her net worth hostage) and the business (asset stripping and foolish spending),” a court filing from the company claims.

The company also implied that Brad’s alleged alcoholism – which reports said contributed to the demise of his marriage to Angelina – is part of the reason she was so keen to sell her shares.

See also  Alicia Keys Net Worth Life, Career Highlights & Everything We Know in 2022! -

“Jolie was already becoming increasingly uncomfortable participating in an alcohol business,” the court filing continues. “In addition, given the events that led to her filing for divorce, neither she nor any of the children felt able to return to the chateau.”

Brad and Angelina’s legal conflict over the winery remains ongoing.

Always high-energy: Peach is ready to explore her own fully-realised vision – Features

‘The family planned for Kylie to make it bigger than Kim’: Kim K Allegedly...

Ruben Randall - March 31, 2022 0
Celebrity
Ryan Garcia on his struggles beyond the ropes, returning to the ring and why Gervonta Davis is the most realistic super-fight for him...