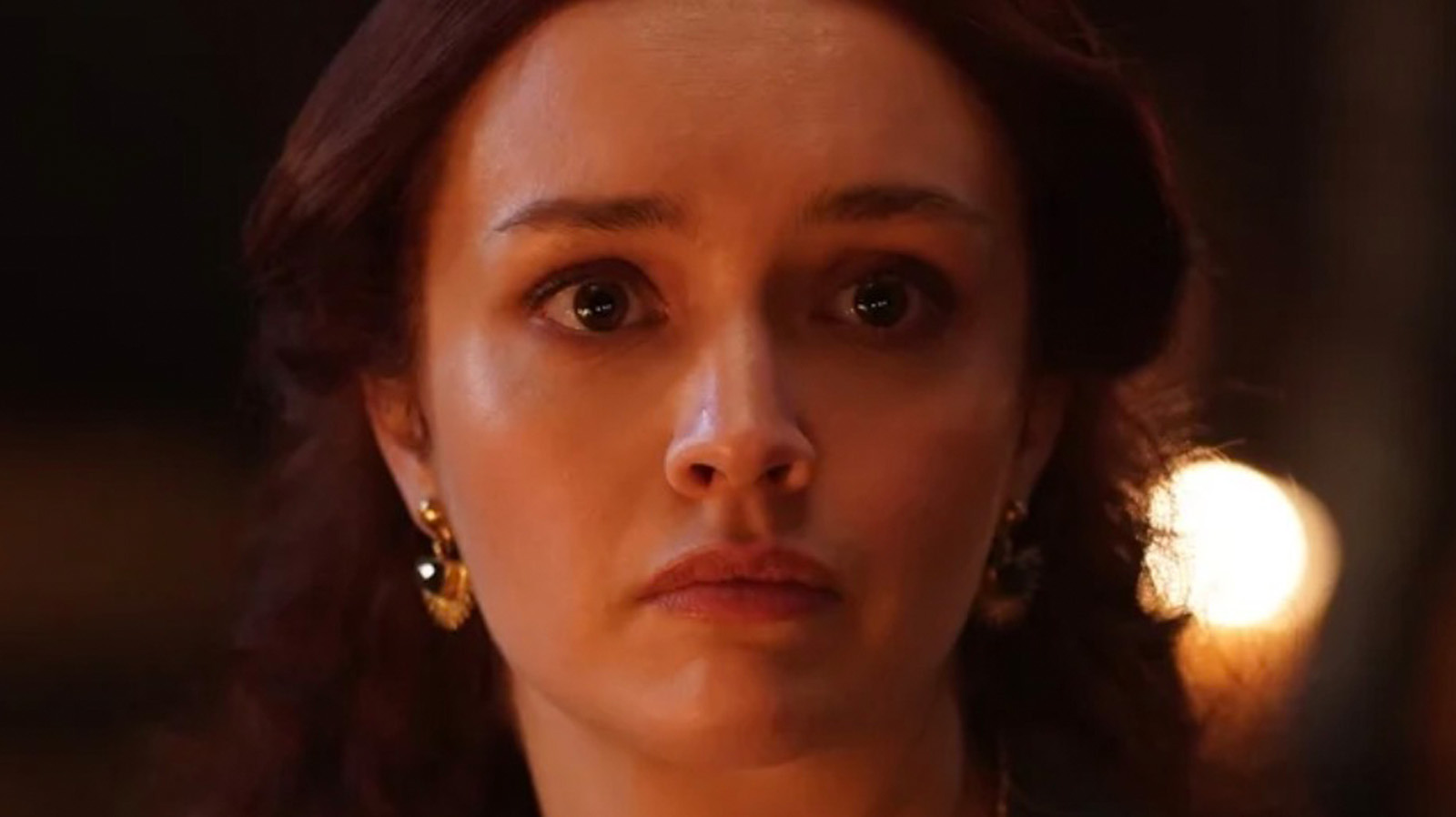 For Olivia Cooke, it was really difficult not to pilfer one of the ornate bowls that decorate the Small Council chamber. As the second wife of King Viserys I (Paddy Considine), Lady Hightower spends a lot of her time there.

Cooke explained that the bowls in question are meant to symbolize each of Westeros’ great Houses, like the Targaryens, Baratheons, and Starks. Between takes, Cooke and her castmates enjoyed playing around with them. “We used to throw them at each other, like a snooker table or tiddlywinks,” she said.

The bowls obviously weren’t available for cast members to take home with them, but Cooke did say that HBO allowed the cast and crew to take the candles used on the show. Cooke declined–on set, there was so much soot from the candles that Cooke and her castmates had to clean their nails multiple times a day.

In the end, Cooke didn’t get a souvenir from “House of the Dragon,” but getting to be a part of the “Game of Thrones” universe is a pretty good consolation prize.

Ruben Randall - January 23, 2023 0
Money
George LucasOf course, even Spielberg and Oprah have to crane their necks to get a look at George Lucas, whose sale of Lucasfilm to...