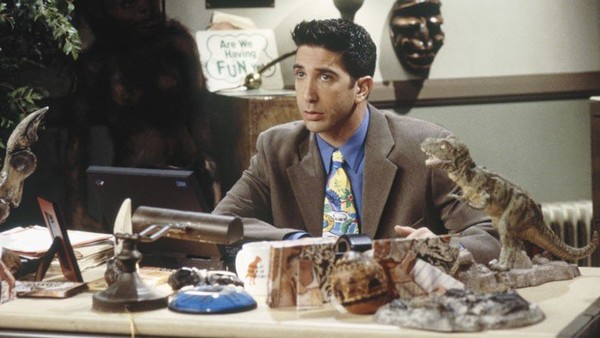 In 2016, as a result of an international poll by Comedy Central, David Schwimmer’s Ross Geller came top and was recognised as the best character in the comedy television series, Friends.

He is the smartest among his friends, but his indecisions and stiffness become the cause of numerous jokes and caustic comments. He was a very intelligent, yet boring person. Because of this, he doesn’t really get along well with people. Although he does find a common language with his small group of friends.

He is a man that is open to new acquaintances, but when he is alone with the ladies, he behaves awkward and weird which causes pity and ridicule. And one of the main storylines throughout the years was the intense competition he had with his sister, Monica. Although they did mature as they got older, their childhood grievances often caused many great moments.

While he may have been an open book through the majority of the ten seasons, there are still a few details you might have missed. If you’ve watched every season of Friends multiple times, you should easily be able to answer these true or false questions about Ross.

Ruben Randall - July 19, 2022 0
TV/Movies
Reading Time: 4 minutesToretto can be fast and can be furious, but can he truly feel love? And most importantly, can he...