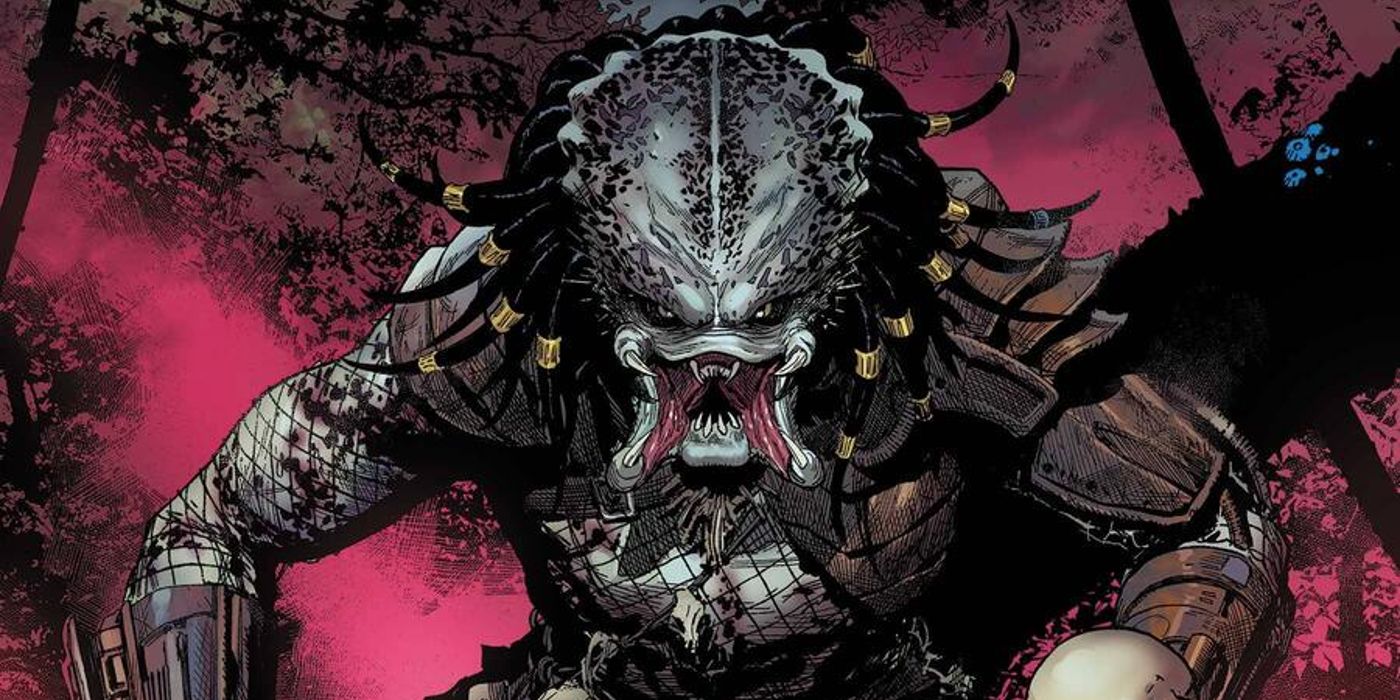 The Predator is finally making their Marvel Comics debut this summer to expand their hunting grounds. Ever since their debut film in 1987 when they took on Arnold Schwarzenegger, the Predator has become an iconic monster. They’ve appeared in various forms of media over the past three decades including movie sequels, a comic and movie crossover with the Xenomorphs from Alien, an even weirder crossover with Archie Comics. Now the Predator is coming to Marvel for their landmark 35th anniversary, and it’s bound to be an exciting story.

After the success of their currently ongoing Alien comic series, Marvel recently released a press announcement highlighting that the Xenomorphs’ biggest threat, the Predator, would be entering the Marvel universe. Predator will be written by Ed Brisson and illustrated by Kev Walker. Both creators have a fairly rich background in Marvel Comics with Brisson writing for Iron Fist and Ghost Rider while Walker drew for Dr. Strange and the Star Wars comic series, Doctor Aphra. Now the two are coming together to pen a new story for the vicious alien hunter, and the early premise seems very promising.

According to Marvel, the story will follow a young woman named Theta whose family was killed by the Predator. Years later, she’s looking for them to exact her revenge, and she “won’t stop stalking the spaceways until the Yajuta monster who killed her family is dead…or she is.” Already, this sounds like a great premise for a new Predator story. People are so used to the Predator using Earth as their hunting grounds with only one notable film, Predators, taking their prey off world to their home planet. The comic series seems to be expanding beyond this by taking its main character on an intergalactic journey on her quest for revenge, which is an amazing breath of fresh air for the franchise. Brisson actually mentions that there will be multiple “awe-inspiring alien planets” when talking about Walker’s artwork, so this means that there will be so much planet hopping to change up the scenery. This has so much room for potential because it’s taking the Predator series in a whole new direction.

Of course, what’s an entry in the Predator series without action? Not to worry because Brisson and Walker promise that this new series will feature “huge, blood pumping action scenes and devastatingly emotional beats.” While no artwork outside of the cover art for the series has been shared yet, based on the premise of a revenge story, it’s sure to feature some pretty brutal action scenes that will warrant a more mature audience. It’s also nice to know that this series will be in good hands. When asked about his connection to the iconic monster, Brisson mentions that he’s “been obsessed with Predator since seeing the film at the drive-in theater as a kid.” This is a series that he holds near and dear to his heart, so not only is this a dream come true for him, but it also proves that this is a series that will be written by a fan for the fans.

With the Predator finally making their first appearance at Marvel with this series, it begs the question if they’ll eventually face off against the Xenomorph once more in a new Alien vs. Predator series. Of course, this is all just speculation as Marvel is likely waiting to see how the series does first. For now, fans can expect to check out the first issue in this new series on July 6th at their local comic book store. Predator’s Marvel Comics debut has been long-awaited since it was announced last year, and if the series is as good as the premise is making it out to be, this is going to be a story that Predator fans will never forget.

Next: Marvel’s Alien Confirms Predators Are Way Worse Than Xenomorphs

Black Cat Has A Secret Weapon That Few Heroes Would Want

Ruben Randall - May 9, 2022 0
Money
Chris Paul, also known as CP3, is a professional basketball player from the United States. With his extraordinary skills, he has won over 20...