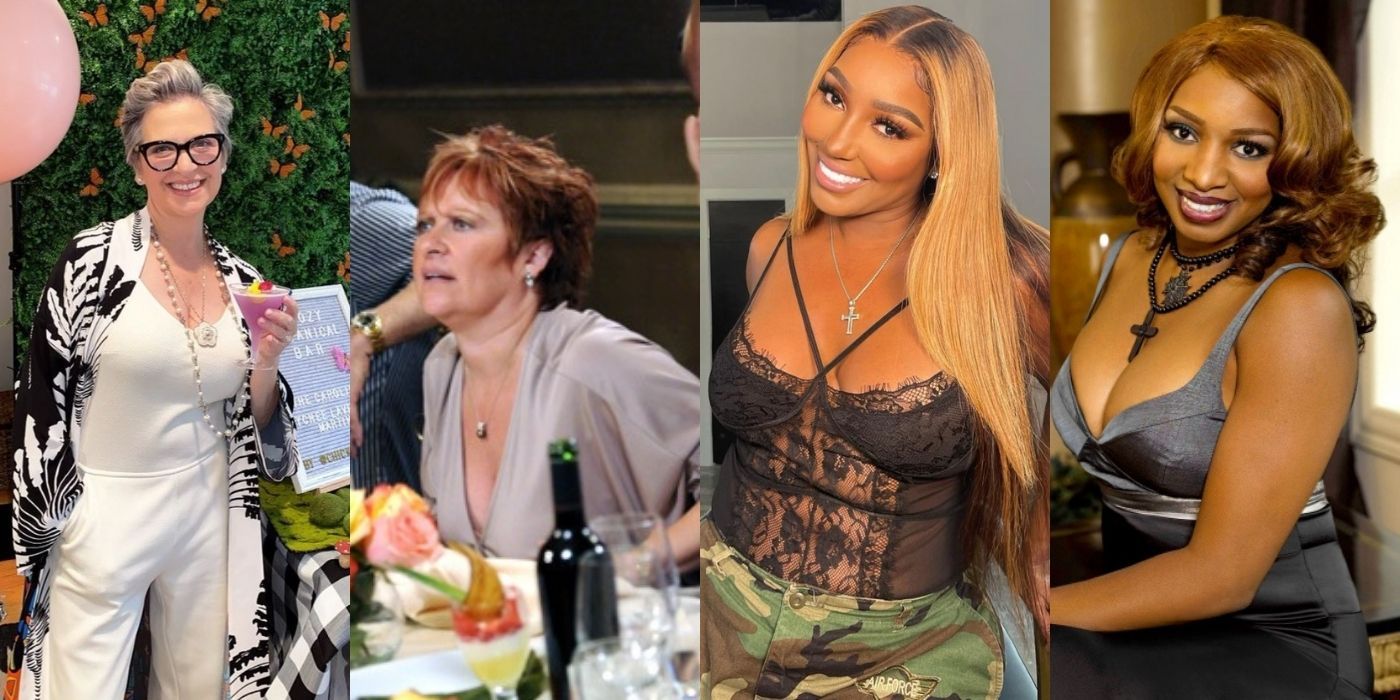 In 2006, Bravo released the first city in The Real Housewives franchise, The Real Housewives of Orange County. Vicki Gunvalson quickly became the star of the show and stayed with the series for 14 seasons until her departure. On the heels of RHOC’s popularity, Bravo added more cities to the franchise and more stars were born.

RELATED: The 10 Best OGs On The Real Housewives, Ranked

Although not every OG Housewife is still on their respective series, they’ve created a following in the Bravo world. Some OG Housewives are appearing on the spinoff, The Real Housewives Ultimate Girls Trip, while others keep fans up to date on their new lives on social media. What matters is that the main Housewives from each cast have come a long way since their first season on the show.

Vicki Gunvalson spent 14 years on the network before leaving the series after being demoted from a Housewife to a friend. Vicki has had some incredible RHOC episodes on the series and truly made The Real Housewives special over the years.

Over the course of 14 years, fans watched Vicki’s kids grow up, her numerous relationships, the deaths of loved ones, and Vicki even became a grandmother. Fans also saw her relationships with the women change over the years, but she’s still friends with former Housewife, Tamra Judge, now that they’re both off the show.

Kyle Richards has been a part of The Real Housewives of Beverly Hills for 12 seasons. From season 1 on, Kyle has never taken a break from filming. With a famous family, Kyle eventually got her sisters Kim and Kathy to be a part of the show, and the Richards sisters took over RHOBH.

RELATED: 10 Interesting Facts About The Richards Sisters On RHOBH

However, Kyle is the only true Housewife who’s been a part of the main roster since season 1. Fans have seen Kyle’s marriage to Mauricio Umansky grow with every rumor thrown their way, and their four kids practically grew up on camera. Today with season 12 currently filming, fans can’t wait to have Kyle back on their screens.

NeNe was a part of the show for eight seasons before taking a breather in season 9. But sure enough, she came back for season 10 before leaving after season 12. The show launched NeNe’s career, leading her to performances on Broadway, Glee, a spinoff, and multiple TV shows. Today, NeNe is no longer on RHOA but she’s open to coming back, according to Cheat Sheet.

Luann de Lesseps is another Housewife who’s been attached to Bravo for the long haul. She appeared in season 1 with her then-husband and young kids and referred to herself as “the countess” because her husband was a count. She even wrote a book on etiquette so that others could follow her classy ways of living.

Luann has been a part of the series since season 1, creating a brand for herself. Fans saw her go through two divorces, ups and downs with other castmates, rehab, a cabaret career, and now a non-alcoholic beverage line. Luann has been through a lot of baggage in the past 13 seasons and fans are hoping for a happy ending for her in season 14.

Teresa Giudice is a notorious Housewife in The Real Housewives of New Jersey. As the only woman left standing from season 1, Teresa calls the shots. New Housewives don’t want to be on her bad side and try to become friends before anyone else gets involved. On RHONJ, arguments get explosive if there are too many people in the mix.

Teresa continues to be a part of RHONJ for 12 seasons and has made some of the most shocking decisions in Real Housewives history. From getting arrested and going to jail for 11 months to flipping a table in an argument, Teresa has done it all.

The Real Housewives of Potomac is one of the newer cities to the franchise, even though the women just wrapped up season 6. Karen Huger has been a part of RHOP for all six seasons and is a fan favorite among viewers. From her parenting style to her one-liners, Karen is incredibly entertaining to watch and stands her ground with the other women.

As fans have seen on the show, Karen has been working on a candle line, along with different aroma kits. According to Instagram, Karen is also branching out to wigs through RPGShow.

Along with Kyle Richards, Lisa Vanderpump was one of the longest-running original Housewives before leaving in season 9. Hailing from London, Lisa owned a few restaurants in the West Hollywood neighborhood, which is how she made her riches. Vanderpump later opened a dog adoption center that’s near and dear to her heart, Vanderpump Dogs.

Towards the end of season 9, however, Lisa and her best friend Kyle got into a fight that made them both the villains. The disagreement was big enough for Lisa to quit the show. Up until that point, fans saw Lisa’s daughter get married, her businesses thrive into a spinoff, and her incredible mansion that she dubbed Villa Rosa.

Kim Zolciak-Biermann was only on RHOA as a Housewife for five seasons before coming back as a guest in season 9 and a friend in season 10. Kim’s time in the franchise was a bumpy one as she went on a roller coaster of emotions with her former friend and Housewife, NeNe Leakes. Once Kim found love on the show, she left RHOA and Bravo gave her and her growing family a spin-off.

Today, Kim doesn’t seem to have much contact with her former castmates, but she’s never looked happier, judging from her social media accounts.

Ramona Singer is one of the more controversial Housewives on RHONY. She has been on the show for 13 straight seasons and was even attached to the Bravo spinoff with Kyle Richards, Ultimate Girls Trip.

See also  I Heard the Bells - Plugged In

During Ramona’s time on the show, she had feuds with almost every Housewife, went through a very public and messy divorce, and she’s pulled enough stunts that Ramona will never live down. It’s unknown if a season 14 of RHONY is filming any time soon and if Ramona will even be on the roster.

Caroline Manzo stayed on RHONJ for five seasons, but once the show became too messy for her, she left. Bravo gave her a spinoff, however, because she was so adored and fans loved her family.

During her time on RHONJ, Caroline refused to let anyone bully her or hurt her friends. She had thick skin and defended her family, which was fantastic to watch. Her fights with Teresa, especially, were explosive. These days, Caroline is still family-oriented and is enjoying being a grandmother. She also swapped her iconic red hair for silver.

90 Day Fiancé: Where Before The 90 Days Stars Avery & Ash Are Now


Lynn is a nomad who travels the globe on the hunt for her next adventure with her husband. A lover of being outside (and finding the best latte in town), Lynn is typically hiking, walking, or jogging when she’s not focusing on her love of writing. When it comes to shows streaming on Netflix or anything Bravo-related, Lynn’s your gal.

Beware: The GOP Has Chosen to Embrace the Crazy, by Jim...