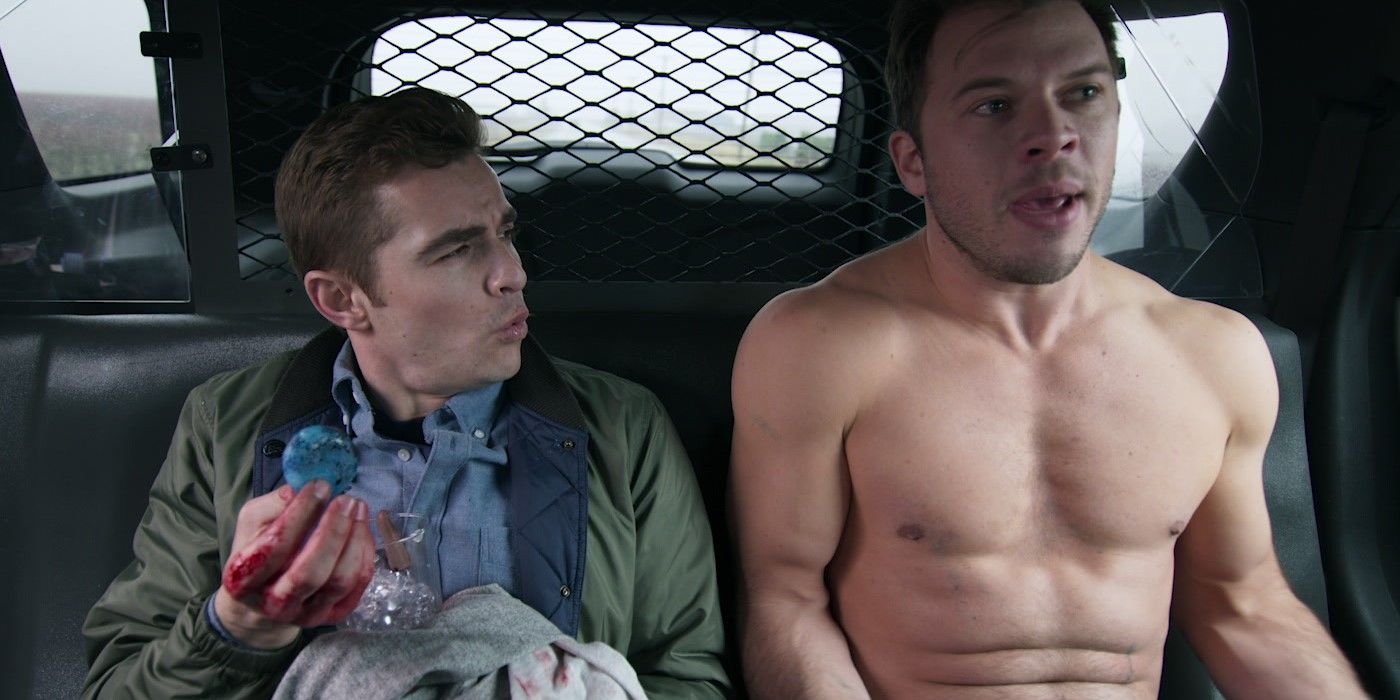 The trailer for the new Farrelly Brothers dark comedy ‘The Now’ was released today by the Roku Channel.

Image via The Roku Channel

The trailer for the new Farrelly Brothers’ dark comedy series The Now was released today by the Roku Channel. The series is set to be released exclusively on Roku today in the U.S., Canada, and the U.K. for free.

The 14 episode series follows Ed Poole, who after a tragic event, changes his outlook on his life, rethinking how to truly live in The Now by cherishing those he loves and going after his dreams. Both Farrelly brothers discussed the new dark comedy with us. Peter Farrelly discussed how the show emphasizes living in the present, stating how:

“I wanted to make a show about living in the present because I personally have lived too much in the future and the past and I think a lot of people do. We worry about the future, and we have regrets about the past, yet we are only ever living in the now. The future and the past are just concepts, but all life takes place in the present. If you want to make changes in your life you have to make them in the now.”

Image via The Roku Channel

“We knew that we needed a stellar cast to tell this story properly, and that’s what we got. Collaborating with Dave Franco, O’Shea Jackson, Jimmy Tatro, Bill Murray, Alyssa Milano, and Daryl Hannah was an unforgettable experience, and the result is something that we’re very proud of. We can’t wait to share it with everyone on The Roku Channel.”

This new series will give viewers a fantastic story, reminding us to appreciate what we have while we have it, to truly live in The Now.

“Services. Amenities. Elevator. Curtains with sticks. You’ll find all this and more at Business Garden Inn and Suites and Hotel Room Inn.”


Nicole is a writer for Collider who is a fan of stories. She loves seeing them unfold in her favorite fandoms such as Marvel, Arrowverse, and ‘Lucifer’. When she’s not writing articles on the latest movies and shows, she’s working on her own writing or diving into a new fandom to see what’s going on. She lives in New Jersey and loves running, superheroes, and this wonderful thing called the internet.

Ruben Randall - May 16, 2022 0
TV/Movies
ReedPop, the world’s leading producer of pop culture events, has announced that actresses and singers Aly Michalka (iZombie, Phil of the Future) and AJ Michalka...