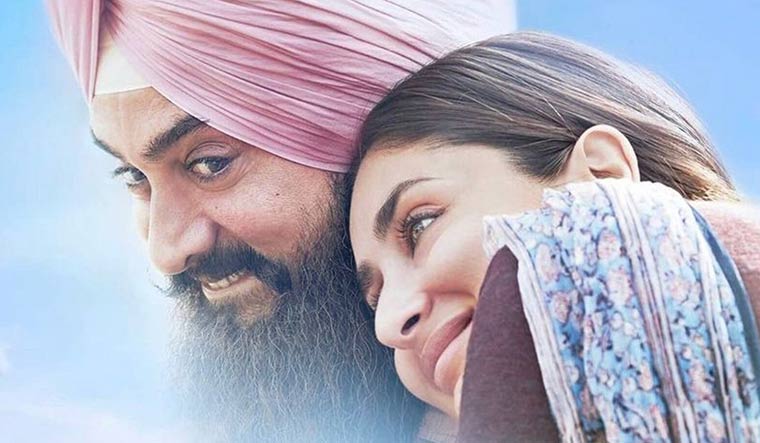 Music’s prima donna, Dolly Parton, is coming out with her first novel, Run Rose Run, along with an eponymous companion album. The book, co-authored with James Patterson, “is a thriller about a young singer/songwriter on the rise and on the run… and determined to do whatever it takes to survive”. The album will feature 12 original songs inspired by the book. She is releasing original material after a gap of five years. “All new songs were written based on the characters and situations in the book,” she said. Listen to the music or read the book, or better yet, do both simultaneously—it is all part of the Parton package.

Another pulsating reissue is on its way. Pink Floyd will release a new edition of their Pulse concert film, which documented the band’s appearance at London’s Earl’s Court in 1994. Along with a performance of The Dark Side of the Moon, the edition will feature music videos, documentaries, a 60-page booklet and tour rehearsal footage. The iconic blinking light, which was on the original CD, will be reintroduced in this one | Getty Images

It is raining songs for Harry Styles. After his 42-date ‘Love on Tour’ shows in the US, the One Direction star had another surprise up his sleeve. According to Sony Music CEO Rob Stringer, he will release his third studio album before the end of March 2022. After his last album, Fine Line (2019), he went on to film the movies, Don’t Worry Darling and My Policeman. He was also named second in 2021 on the Sunday Times Rich List of musicians under 30 in the UK, with an estimated net worth of £75 million | AP

Red Hot Chili Peppers are coming out of their self-imposed quarantine. After spending months secluded in a room and writing songs uninterruptedly, they are ready to face the world armed with a new album, which will be out before their US stadium tour in June. For fans who are hoping they will sizzle with the ‘Californication’ magic, the band has a message: “All of our records are just real good snapshots of where we are at that time. You can’t really go, ‘Oh, gee, I hope it’s as good as….’ Then, you’re starting to have preconceived notions about what you want to write,” said drummer Chad Smith.

From fashion and films to business and beauty, Rihanna has her finger in many pies, but we are hoping her first love remains music. To her fans’ frustration, she is tantalisingly elusive about when she will release her ninth studio album, R9. “Soon, soon, soon,” was her coy reply when the question was posed to her. She has, however, dropped a few cryptic hints—that the album is going to be reggae-inspired and highly experimental; it is expected to release this year. It has been almost six years since her last album, Anti, which peaked at number one on the Billboard charts in 2016, so it is high time for a new rih-lease | AFP

The much-awaited sequel to the Yash-starrer KGF will be out in April. Directed by Prashanth Neel, KGF 2 co-stars Sanjay Dutt and Raveena Tandon. KGF, which was about the battle for the control of the Kolar gold fields and one man’s struggle to liberate the downtrodden, had become the highest-grossing Kannada film of all time upon its release in 2018. With a budget of Rs100 crore, KGF 2 is set to be the most expensive Kannada movie ever made. Interestingly, Prabhas’s Salaar, also directed by Neel, and Aamir Khan’s Laal Singh Chaddha, are releasing on the same date. Let the clash of the titans begin!

Forrest Gump is getting a turbaned and bearded makeover. A remake of the 1994 classic, Laal Singh Chaddha stars Aamir Khan and Kareena Kapoor Khan. The film is about a slow-witted man who believes in living life to the full, whether by running in a three-year marathon or becoming a Ping-Pong champion. “I have always loved Forrest Gump as a script. It is a wonderful story about this character. It is a life affirming story. It is a feel good film. It is a film for the whole family,” said Aamir. Reportedly, the film was shot over 200 days and across 100 locations. The actor, as usual, seems to have gone (or run?) the extra mile for this passion project.

3. The Lord of the Rings
series

Just as the pandemic wreaks havoc in our world, the peace in J.R.R. Tolkien’s Middle Earth, too, is about to get rattled. Set thousands of years before the events in The Hobbit and The Lord of the Rings, a television adaptation of the novels is on its way to Amazon Prime. “From the darkest depths of the Misty Mountains, to the majestic forests of the elf-capital of Lindon, to the breath-taking island kingdom of Númenor, to the furthest reaches of the map, these kingdoms and characters will carve out legacies that live on long after they are gone,” stated the streaming platform while unveiling a map of Middle Earth as a teaser for The Lord of the Rings series. Here is another carrot the makers are dangling: The series is releasing on ring-bearer Bilbo Baggins’ birthday.

Gun fights, explosions, a desert car chase—it is business as usual in the world of Stranger Things. According to the teaser of the upcoming Stranger Things Season 4, Eleven, Will, Jonathan and Joyce have relocated to California and are having a blast in the ‘Sunshine State’. But things are never what they appear when you are inside a science fiction horror drama. Netflix’s very Sherlock Holmes-esque teaser turns time back to the 1950s, where the bodies of some children lie strewn around a haunted house. Too gory? Going by the tenor of the show, there is much more from where that came.

After solving the crime that made her famous on Netflix, Officer Vartika Chaturvedi is back in all her baton-twirling glory. The second season of Delhi Crime is scheduled for a 2022 release, though the exact date has not yet been announced. The first season, which released in 2019, had become one of the most popular shows on the streaming platform, even being adjudged the outstanding drama series at the International Emmy Awards 2020. Starring Shefali Shah, Rajesh Tailing and Adi Hussain in lead roles, the series is based on the 2012 Nirbhaya gang rape case and was developed after conversations with former commissioner of Delhi Police, Neeraj Kumar.

The promotions for S.S. Rajamouli’s RRR was launched with a fan event titled ‘The Roar of RRR’. It seems even the Bhai of Bollywood could not keep from roaring. To the frenzy of the fans, Salman Khan made a special appearance at the event. Starring N.T. Rama Rao Jr., Ram Charan, Alia Bhatt and Ajay Devgn, the film, set in the 1920s, is about two patriots who fight against the British Raj and the Nizam of Hyderabad respectively. The film marks the Telugu debut of Devgn and Bhatt.

Thirty-six years after Top Gun, Captain Pete “Maverick” Mitchell (Tom Cruise) has graduated from a cadet to an instructor in Top Gun: Maverick. The film’s trailer depicts Cruise, edgy and energetic, mentoring a group of cadets. “Your instructor is one of the finest pilots this program has ever produced,” an officer tells the young flyers. “His exploits are legendary.” With stunning visuals and exceptional daredevilry, Top Gun had literally “taken our breath away” (as Berlin sang in the film’s title track). Hope Maverick has still got it in him to fly us to the moon and back.

If there is one thing that sells more than news about a blue-blood, it is a book by a former prince with a grudge, especially if he chooses to be “honest”. The yet-to-be-titled memoir of Prince Harry is bound to be a best-seller. If Harry and Meghan’s interview with Oprah is anything to go by, it may not be “wholly” truthful, as stated in the press release, but it will certainly be big. The book will detail all of his experiences—including his Afghanistan tour. The proceeds will go to charity | Reuters

It is a new Dalrymple on the bookshelf. And Sam will not disappoint. His debut book is ambitious and promises to provide fresh insights into the events that shaped Asia. He looks at weaving together into one narrative the partition of Burma, the Great Partition, the partition of Princely India, the partition of Arabia and the partition of Pakistan. The book also helps to contextualise the tensions that still simmer—from the insurgencies in Kashmir to the Rohingya crisis. As Udayan Mitra, Publisher–Literary at HarperCollins India, puts it, “the book marks the arrival of a major non-fiction writer”.

In the 75th year of independence, this is a personal narrative. Sengupta writes about Partition and her own story of inheriting its legacy. She tells the story of the west and east through a diary of two people, a man and his grandmother. Personal and poignant, this will be a book to watch out for.

One of the most colourful lawyers in the country, Soli Sorabjee was at the heart of many landmark cases. The book traces his journey of becoming a lawyer, bringing alive his eccentricities, contradictions and legacy. Written by Abhinav Chandrachud, a writer with his own legal legacy, this book is likely to be one for the shelves.

The man who has chosen to throw light on the dark side of India’s story returns to fiction after two decades. Pankaj Mishra’s Run and Hide is about three IITians who go down different paths. As Amit Chaudhuri writes about the book, “It captures the trajectory of our time through insights and moments that are startling, pure and have a strange inevitability.” It promises to be, like everything Mishra writes, essential reading.

6. Lords of the Deccan: Southern India from the Chalukyas to the Cholas

The discovery of the south in mainstream publishing has perhaps been the most exciting literary development in the past few years. And Anirudh Kanisetti’s book promises to deliver a grand story, the kind that is not often told, and seldom with flair. Kanisetti, who also hosts a popular podcast, has the ability to narrate facts in a compelling manner. Described by publisher Chiki Sarkar as a rising star, his will be a book to watch out for. Even William Dalrymple has endorsed it.

Alter’s knowledge of the forests of India are legendary and he never disappoints. This time, he has chosen to craft a spy thriller, a la John le Carré, about “a secret war that has been going on for decades in the Himalayas”. Alter lives in Landour, a quaint cantonment town in Mussoorie (whose most famous resident happens to be Ruskin Bond) with its own history of secrets which he is likely to ferret out in the book.

by N. Venugopal and Meena Kandasamy

This collection of Rao’s poetry has made news even before it has been published. Controversial and fiery, the revolutionary poet has used his pen to speak for his cause. “I believe his poetry is an expression of his complete personality that blended social history, alternative people’s politics, people’s right to self-determination and unceasing urge for freedom,” said Venugopal, who is also the poet’s nephew. Two-thirds of the poems were chosen by Rao himself. For those who admire him and for those who do not, the book is a must read.

It is likely to make news. Ghulam Nabi Azad retired as a Congress parliamentarian in 2021. His story is worth telling. A former chief minister of Jammu and Kashmir, Azad was once a loyal Congressman and has now turned rebel. In publishing terms, dynamite.