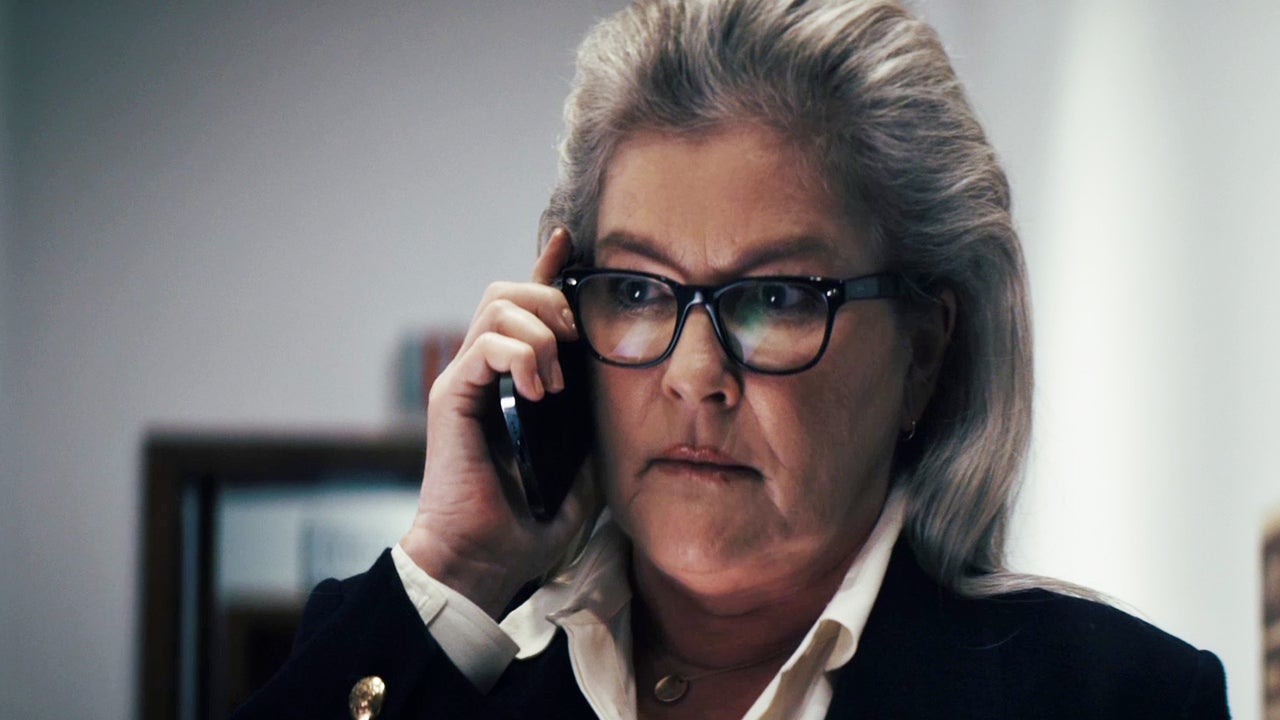 In this exclusive clip from Episode 7 of Showtime’s The Man Who Fell to Earth series, Kate Mulgrew’s CIA operative Drew Finch gets into it with her mentee Agent Spencer Clay (Jimmi Simpson). After spending half the season with the two just trading tense phone calls, Finch and Clay finally made it into a CIA meeting room where Clay proceeded to throw the woman he considers his mother figure under a professional bus. The results were incendiary as afterward she menacingly whispered into his ear, “You little orphan f***.”

Mulgrew told IGN recently that it took about two days to shoot that entire sequence, but she knew it was going to be a game-changer. “I remember the intensity of that scene and the joy of doing it with Jimmi because he’s nothing if not multi-dimensional in who he is,” she says. “He brings to any character he plays the elements of surprise and despair. I mean, you pity him in that scene. At the very moment that you want to shoot him, your heart goes out to him. Very, very few actors can play that, and he can.”

This clip depicts the tense relationship between Finch and Clay in Episode 7 of The Man Who Fell to Earth.

Did you enjoy this video?

“Guy Was Full of Sh*t”: Arnold Schwarzenegger Once Opened Up on Couples Therapy Experience With Ex-Wife Maria Shriver

“Don’t Care if They’re a Plumber”: Millionaire Arnold Schwarzenegger Has Only...