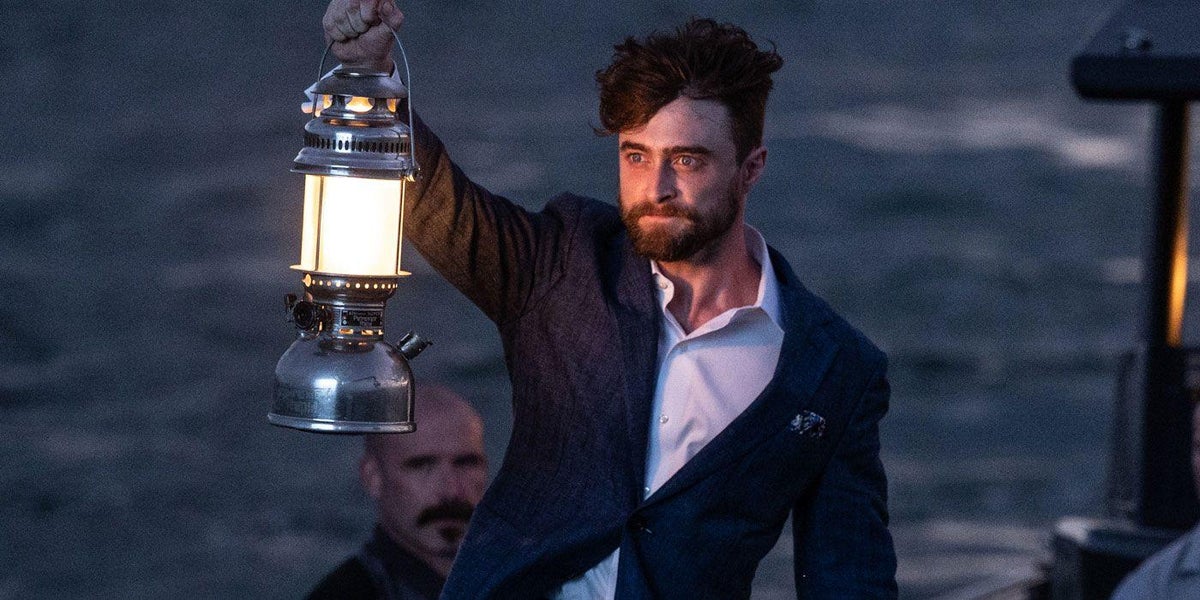 After becoming one of the most recognizable young stars in all of entertainment, Daniel Radcliffe made an effort to break away from roles like the one that made him famous. Much like Robert Pattinson’s post-Twilight career, Radcliffe has had a knack for finding strange and interesting roles in all sorts of different genres. So many came to know him as Harry Potter, but the last decade of the actor’s career has shown just how wide his range really is.

In Radcliffe’s new film, The Lost City, the former wizarding hero plays an eccentric billionaire who wants to steal an ancient artifact as a way to stick it to the rest of his family. This character is unlike many Radcliffe has played in the past, which has become a theme for Radcliffe’s projects of late.

“I think now at this point, I’ve got a reputation for being kind of weird in the things I want to do, which is lovely and weird, but gets weird, which is great,” Radcliffe told ComicBook.com in an exclusive interview. “But generally speaking, I think the way I saw it after Potter was that for every person that did only see me as as one thing, there was somebody out there who was excited by the chance to show me as something else. So, you know, there’s some directors would be like, ‘Oh, he’s only Harry Potter,’ an some directors to be like, ‘Oh, I’d love to reinvent him in a way for the world.’ So, you know, it goes both ways.”

Radcliffe’s character in The Lost City is by no means among the weirdest parts the actor has played throughout his career, but it is one of the only times audiences have seen him as a villain. At the premiere of The Lost City, Radcliffe told us that he had a great time playing on the other side of the moral fence.

“Oh dear me, it was great,” the actor said. “He is a villain, he’s also a villain that is still desperate to be liked by the people that he’s kidnapping, which is a tough line to walk as a captor. But yeah, I found there’s something endearingly pathetic about him and it was a huge amount of fun to play. To be able to play opposite Sandra [Bullock], I grew up watching her movies and it was very weird and intimidating but incredibly cool to work with her.”

The Lost City is now playing in theaters.

Ruben Randall - March 3, 2022 0
Actor
One way to gauge which movies are worth watching is via Metacritic, where movies are assigned a numerical value that corresponds with their...