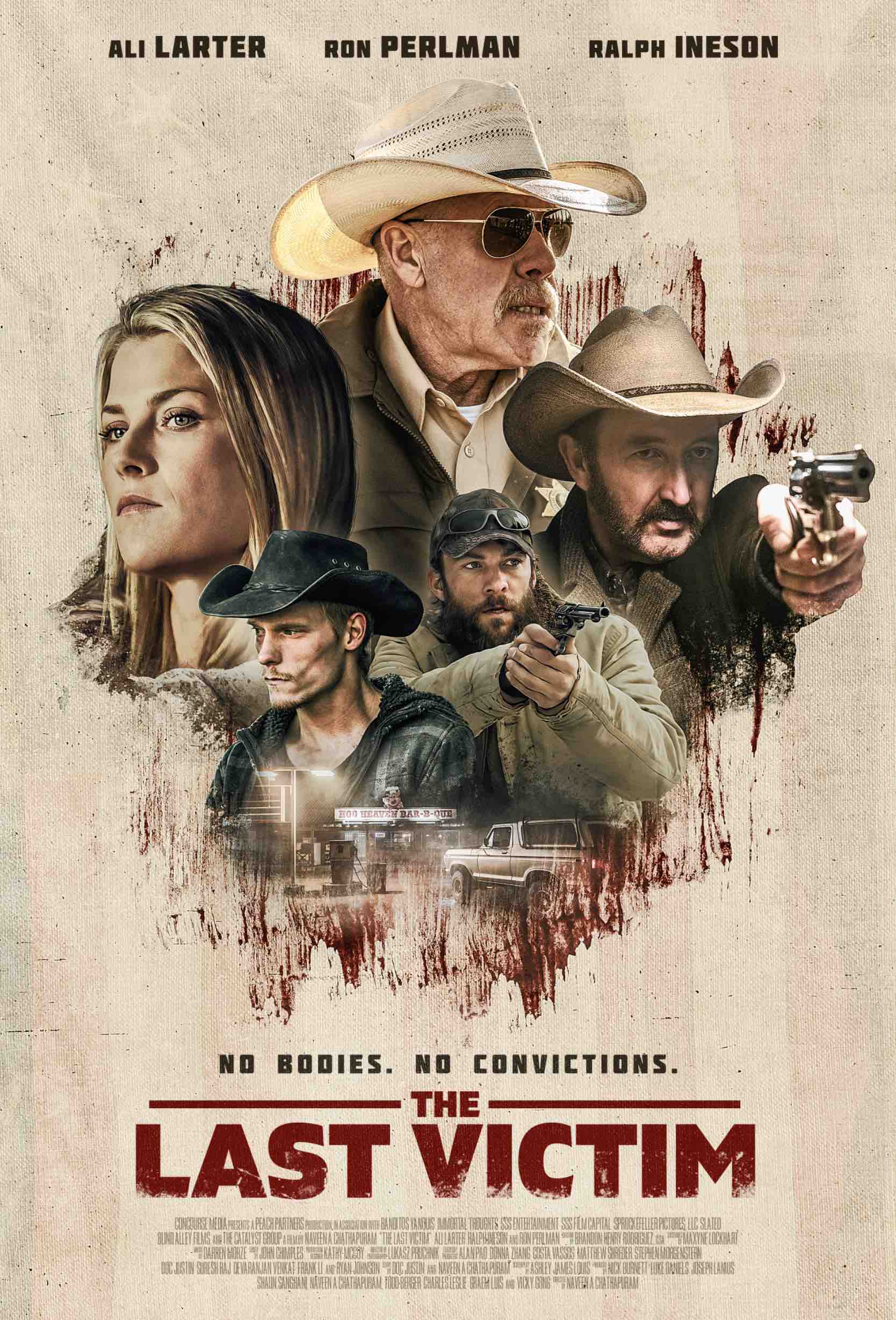 ‘No bodies. No convictions.’
The Last Victim is a 2021 American “neo-Western thriller” set in a small town where a seasoned sheriff is hunting some ruthless outlaws.

Plot:
A group of modern-day outlaws and their terrifying leader are pursued by a local sheriff (Ron Perlman), after committing a horrific crime in a desolate southwest town.

When a professor (Ali Larter) and her husband cross paths with the criminals, everyone is drawn into a spiral of violence and retribution where morality becomes ambiguous, and survival is the only option. Double crosses and bloody vengeance ensue…

Reviews:
It’s all exciting and, above all, implemented without longueurs. The wheel is not necessarily reinvented, but Naveen A. Chathapuram knows what he is doing and what he wants in his directorial debut. He also has the luxury of being able to fall back on a very good cast. Ali Larter makes a compelling heroine and the likes of Kyle Schmid and especially Dakota Daulby are a pleasure to watch.” Film Forum Bremen [translated from German]

Release:
In the US, The Last Victim will be released by Decal theatrically and On-Demand (VOD) on May 13, 2022.

MOVIES and MANIA is a truly independent website and relies solely on the very minor income generated by affiliate links and internet ads to stay online and expand. As an Amazon Associate, the owner occasionally earns a very tiny amount from qualifying purchases. Please support us by not blocking ads. Thank you.

Ruben Randall - November 12, 2022 0
Money
Former couple Alex ‘A-Rod’ Rodriguez and Jennifer Lopez had a gargantuan combined net worth between them. Just as they utilized their financial might to...

Brendan Fraser is back. But to him, ‘I was never far...

JoJo Shares Throwback Photo with the Jonas Brothers and Aly &...