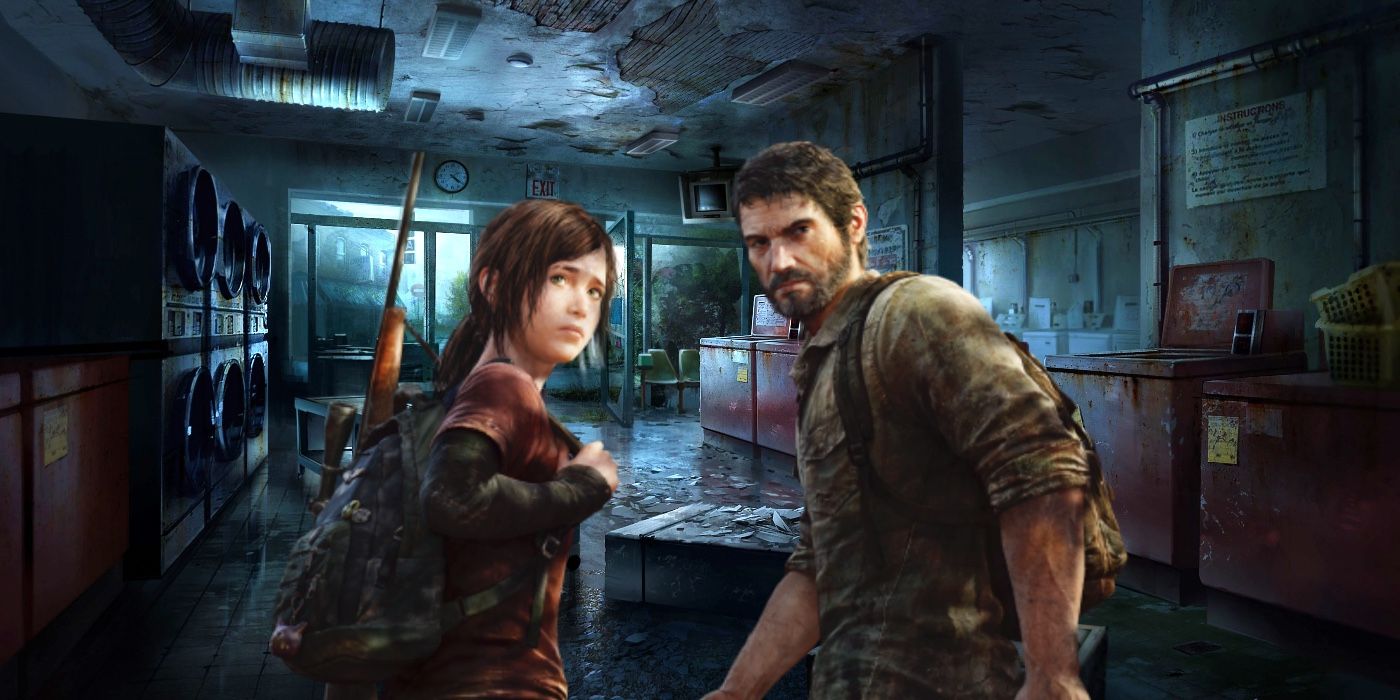 A new photo taken on the set of The Last of Us hints at HBO’s adaptation recreating the laundromat action sequence from the first game.

A photo from the set of The Last of Us hints at the show recreating a laundromat action sequence from the original games. Based on the 2013 video game of the same name, the upcoming Last of Us show follows a smuggler who is tasked with escorting a teenage girl across a post-apocalyptic United States infested with zombie-like creatures. The HBO series stars two Game of Thrones alum, Pedro Pascal and Bella Ramsey, as its leads, Joel and Ellie. Agents of S.H.I.E.L.D.’s Gabriel Luna also stars as Joel’s younger brother Tommy.

The series comes from writers and executive producers Craig Mazin and Neil Druckmann, the former known as the creator of HBO’s hit miniseries Chernobyl, and the latter as the creative director for The Last of Us games. The post-apocalyptic series has been in production across several locations in Canada since July 2021 with filming expected to wrap in June 2022. Until then, there continue to be looks at The Last of Us set coming out that hint at how faithful HBO’s adaption will be to its source material.

The latest behind-the-scenes glimpse of the set comes from @TheLastofUsNews on Twitter, revealing that the cast and crew “just filmed a scene of a truck crashing into the laundromat.” Unfortunately, the user was unable to capture a video, but an aerial view reveals the aftermath of the damaged coin laundry. Check out the set photo below:

If this report is accurate, it does hint at the HBO series is recreating the laundromat action sequence from the 2013 original The Last of Us, which season 1 is directly adapting. In the game, Joel is calmly driving a pickup truck with Ellie asleep in the passenger’s seat when they are ambushed by survivors, hit by a train, and sent spinning out before crashing into a laundromat. They wake up moments later and must fight their way out of the abandoned building which is swarming with several of the infected and other survivors closing in on their position.

The Last of Us fans are likely delighted to hear the show is recreating at least some part of the popular action sequence from the first game. Based on other looks at the set, it appears the HBO series is making a concerted effort to remain faithful to the games, which is no surprise since Druckmann is on board, despite some major changes to the video game timeline. HBO hasn’t shared much of anything about the production process, so it can be difficult to get a sense of the exact direction their adaptation is taking when only relying on unofficial images like these. However, this latest look should help fans rest just a little easier for the time being, knowing the show is striving for a faithful adaptation.