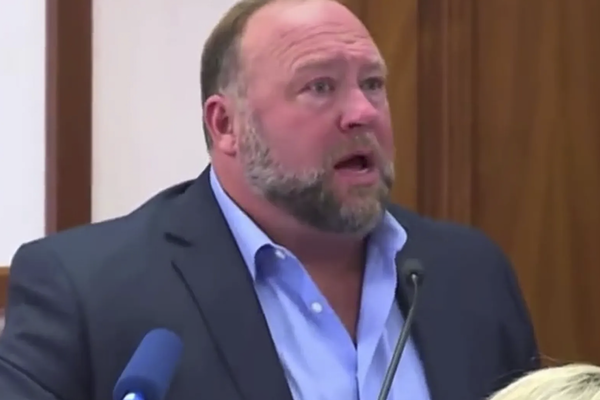 Joe Biden won the 2020 presidential election. But the dramatic testimony and  video footage at the January 6 hearings documented the obsessive campaign by Donald Trump and some of his followers to convince people that Trump  had, in fact, won.

They were (and some still are,  or say they are)  convinced Trump won in the face of overwhelming evidence of Biden’s victory – from state boards of elections, state recounts, the actions of the electoral college, rulings in dozens of appeals and court challenges, the Attorney General, Congressional certification of the election results, the inauguration of President Biden, media reports and, now, finally, the House hearings.

Historian Richard Hofstadter provided some insights in an influential article, “The Paranoid Style in American Politics,” in Harper’s magazine in 1964.

Hofstadter posited that a “persistent psychic phenomenon” was endemic in American history, which he called “the paranoid style.” There have frequently been groups, often inspired by persuasive leaders who simplify complexities, offer seemingly plausible explanations for complicated developments and situations, and frame challenges in stark terms. The groups are egged on by “the animosities and passions of a small minority” and exhibit “heated exaggeration, suspiciousness and conspiratorial fantasy.”

These people are earnest and sincere. They really do believe. They perceive conspiracies led by dark, secret groups but deliberately or unwittingly aided and abetted by politicians, academics, or other elites. The changes these dangerous groups have wrought and are pushing make some people feel

“dispossessed: America has been largely taken away from them and their kind, though they are determined to try to repossess it and prevent the final destructive act of subversion. The old American virtues have already “been eaten away by cosmopolitans and intellectuals.”

Capitalism has been undermined by socialism. National security is at risk. American liberty is in danger.

The enemy is entrenched, powerful, tireless, deceptive, hides the truth and presents false evidence. Viewing the struggle in “apocalyptic and absolutist frameworks,” those given to the paranoid view felt that  normal processes of bargaining and compromise will not work. The enemy was out to deflect the course of history and must be opposed at all costs, with whatever means necessary.

People who espouse these views may hold to them in part because a leader they trust tells them the views are valid.

Hofstadter cited many examples. The anti-Mason movement in the 19th century warned that the Masons, a secret fraternal organization, were out to take over the nation. Adherents to this view even formed their own Anti-Masonic Party. Anti-Catholic campaigns insisted that the Pope was laying plans to take control. At the end of the century, leaders of the populist party asserted that the financial community was out to “deal a blow to the prosperity of the people and the financial and commercial independence of the country,” in the words of an 1895 manifesto that Hofstadter cited.

A few years before Hofstadter wrote,  Wisconsin Senator Joseph McCarthy had asserted that government leaders were to blame for the rapid advance of communism and the defeat of freedom abroad and intended to “deliver us to disaster,” as he put it in a 1951 speech Hofstadter quoted.

Hofstadter’s analysis was illuminating but somewhat overstated. For instance, he saw the 1964 presidential campaign of Republican senator Barry Goldwater fitting into the paranoid style. Actually Goldwater was just a conservative.

But what happened next?

Hofstadter’s “paranoid style” article gives us some insight into the election outcome deniers Many other historians do that as well. Michael Gambone’s new book,  Modern Conspiracies in America: Separating Fact from Fiction is one excellent example.

But Hofstadter and other historians who endorse his views  mostly trail off after describing and analyzing examples of the phenomenon.

They offer limited insight into: what happened next, and why?

*The breadth and depth of the paranoid beliefs were less extensive than they seemed at the time. Segments of the press, sensational books, issue-focused associations, political outliers, and speakers who peddled  (and sometimes made a living by) heated assertions made lots of noise. But they actually only converted a limited number of people. There were no public opinion polls during most of U.S. history. Pinning down just what people thought, felt, valued, feared, and acted on is difficult. Did people dwell on the potential threat of some group or other undermining society and plotting to take over the government? Or were they more likely to concentrate on immediate issues such as their health, jobs, family, faith, or community affairs?

*Historians, often relying on the editorials, speeches, books, and position statements issued at the time by the purveyors of conspiracy theories as sources, assume they were more widely influential than was actually the case. Historians cite the conspiracy theory adherents’ own work as evidence of their influence. The concrete historical evidence of pervasiveness is often thin or lacking. This may mean that the campaigns and crusades loom larger in historical accounts than is warranted.

*Lots of Americans who had friends or knew people who were Masons, Catholics, members of other accused groups, or adherents to a political party different from theirs, shrugged their shoulders and limited their concern. The folks they saw, knew and worked with every day were fine;  their organizations really could not be all that bad. Skepticism undercut the alarmists’ messages: people began to feel that maybe the ballyhoo about looming threats was not much more than hoopla and hot air.

*The perceived threats faded or did not materialize. The accused groups showed prudence, forbearance, and good judgment. They did not go forward with the plots they were accused of but in fact never planned or intended to carry out in the first place.  The Masons did not seize power. The Pope and the Catholics made no moves to take over. The communist surge stalled. Socialism made no headway. Government control of the currency supply via the 1913 Federal Reserve Act and other reforms to regulate the economy took the air out of much of the anti-business rhetoric.

*Time passed, charismatic leaders of the cause moved on or aged out, young people grew to maturity and influence with newer perspectives and concerns, and other issues arose. People got weary of the constant alarm over vague threats and moved on to other things.

*Some leaders of conspiracy-anchored movements were discredited, exposed for being self-serving, or lost credibility because they repeatedly failed to produce credible evidence of their accusations. Reasonable people concluded that they were just plain wrong. In some cases, they were chastised for their overreach. For instance, the Senate censured McCarthy in 1954 for the excesses of his accusations and investigations.

* The political landscape shifted. Political moderates took over some of the paranoid groups’ concerns but selected, refined, diluted and integrated them with mainline progressive, liberal, or conservative policies. For instance, the Democratic Party co-opted the populists by running the reformist candidate Williams Jennings Bryan for president in 1896 and 1900.  The election of Dwight Eisenhower, a wartime leader and stolid anti-communist, to the presidency in 1952 deflated unsubstantiated accusations that the federal government was soft on communists and communism.

*Young people through education developed a better understanding of history and ability to discern trends and analyze historical developments for themselves. The conspiracies were seen for what they were, sincerely and deeply held but mistaken positions. People hopefully learned to avoid similar errors in the future.

Of course, there are, and always have been, serious threats to the national interest, some out in the open, others under cover. That suggests the need for keeping informed, considering evidence, maintaining vigilance and sounding the alarm and pushing back when necessary.

But history also suggests that alarms and accusations made repeatedly and loudly in the face of overwhelming evidence to the contrary are dangerous, unwarranted distractions and a disservice to the nation. Sometimes, they roar into action. But more often, they just fade away.

10 Great Rebecca Ferguson Movies And Where To Watch Them

Teen Mom Kailyn Lowry shows off her stomach in a rare...