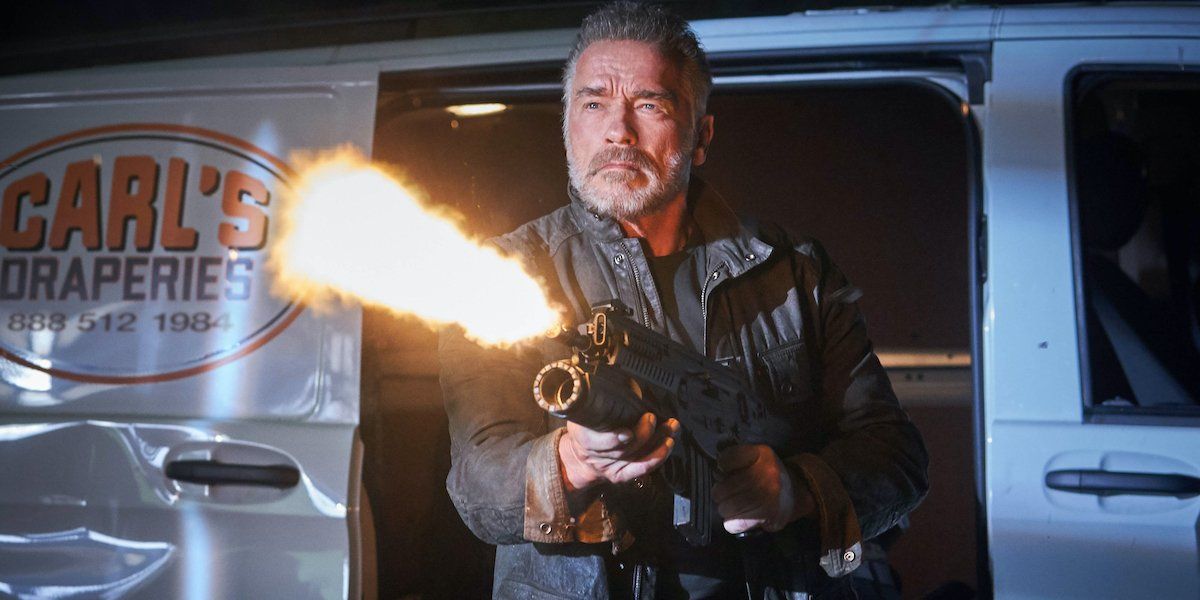 Arnold Schwarzenegger is an icon. When you have so many great roles that your kids get annoyed at you reciting the iconic one-liners of your storied career, you have done pretty well. Schwarzenegger is even the celebrity many fans think would be most likely to fend off an alien attack, so the man is well respected. Not only has he had an enormous impact on action movies, but he’s also hilariously the reason his son, Patrick Schwarzenegger, became an actor.

Patrick Schwarzenegger recently appeared on Jimmy Kimmel Live! to discuss his new film, Moxie. Schwarzenegger talks about how he stopped smoking pot by getting a pep talk from his dad and his origins as an actor, along with his father’s role in his life. Kimmel asked why Patrick decided he wanted to be an actor, and Patrick replied with a hilarious story about dear old dad Arnold Schwarzenegger:

One day I was sitting next to my dad, and we were watching Hercules in New York, one of his first films. He had a gap in his teeth like this big [positions finger in front of teeth], couldn’t speak a lick of English. And I was sitting there, and it was so bad, he was awful. And I was like, ‘Wow, you are this successful, and you are this bad in this movie. I’m giving acting a shot.

Patrick Schwarzenegger being inspired by how bad he thought his father was in one of his first films is hilarious. Arnold Schwarzenegger barely spoke English and had minimal experience acting at the time but was still able to carve out such a successful career. The younger Schwarzenegger seeing his dad’s performance and saying, “I can do that if you can,” is a funny way to appreciate your dad’s storied career.

Patrick Schwarzenegger is trying to make his own way in the movie industry, though. His film Moxie, which came out in March, is directed by comedy legend and MCU hopeful Amy Poehler, and it’s a fun watch. The up-and-coming actor is also doing some things on the small screen, as he’s currently set to star alongside brother-in-law Chris Pratt in Amazon Prime’s The Terminal List. You would think the legacy of your legendary father would be kind of intimidating, but Schwarzenegger seems unfazed by his old man, which is probably a good sign for someone making a career for themself.

Maybe Patrick Schwarzenegger will have a movie as great as Total Recall one day and be able to deliver an iconic one-liner of his own, even while getting vaccinated like his father, Arnold Schwarzenegger. He has a long way to go to even come close but, judging by his actor origin story, it’s no big deal pursuing the family business.

“Haney Will Rematch Kambosos; It Will Not Be A Big Fight”

Mother of Two, Arnold Schwarzenegger’s Daughter Katherine Is Open to the...