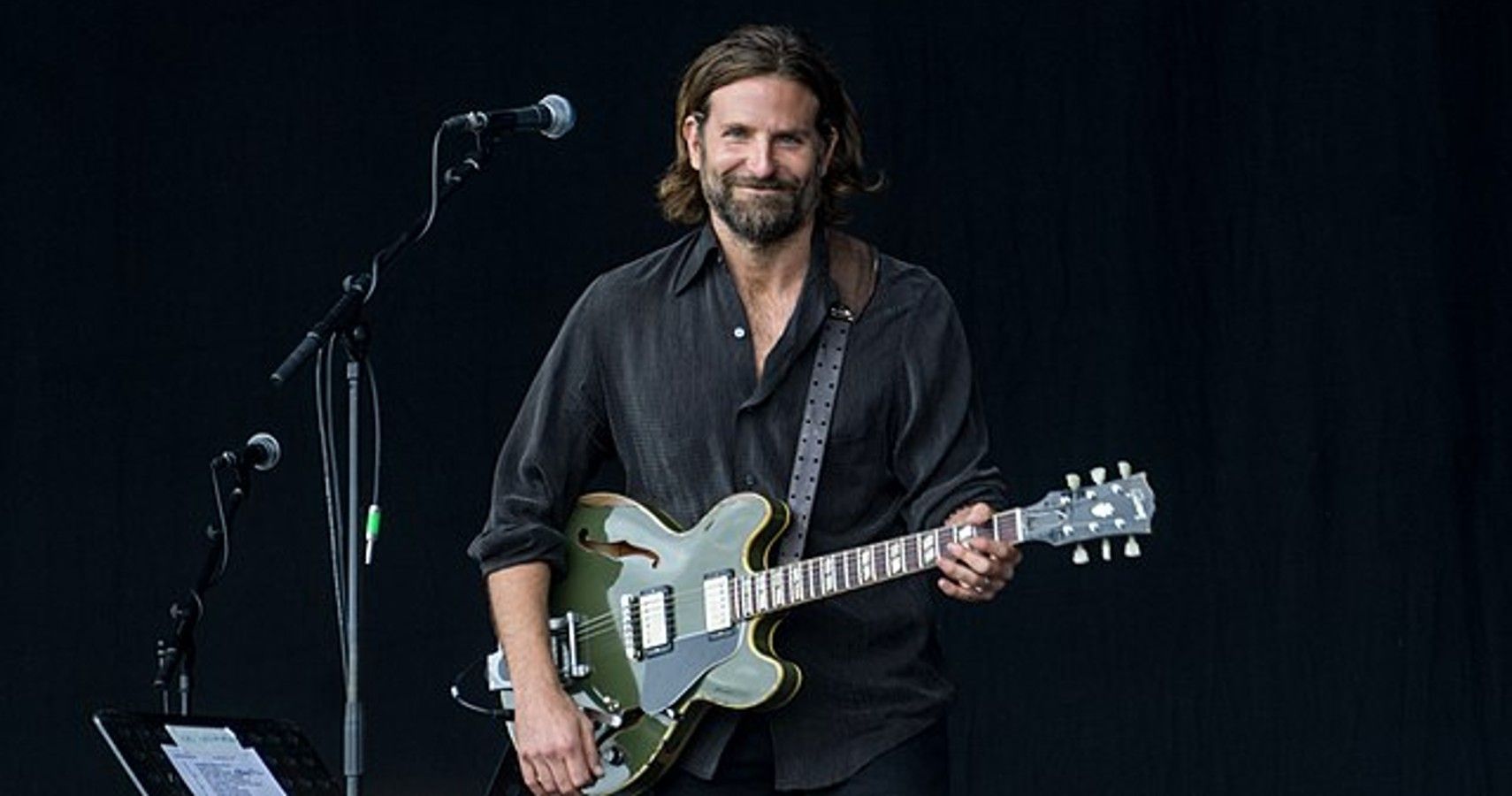 You may recognize him from some of his most iconic films, such as the three-part Hangover film series in which he reprised his role for in all three movies opposite Hollywood actors like Zach Galifianakis, Ed Helms, and Justin Bartha. But Bradley Cooper is much more than just an actor, he is also a producer and filmmaker whose movies productions have grossed over $2 billion in total. As an actor, however, his movies have grossed over $11 billion across the span of his career. The Pennsylvania native was born on January 5th, 1975 and has a net worth of $100 million. Among the A-list actors he has graced the screen with, they include Robert De Niro, Abbie Cornish, Christian Bale, Amy Adams, Jennifer Lawrence, Dennis Quaid, Owen Wilson, Christopher Walken, Rachel McAdams, and Vince Vaughn. Here are 8 of the highest-grossing films produced by Bradley Cooper, ranked.


THERICHEST VIDEO OF THE DAY

History has taught us that finding someone to play the role of the Joker takes a unique and truly gifted actor, one which Joaquin Phoenix pulled off quite well. But it’s not only the actors who get to take all the credit for the genius behind the movie. The directors and producers also have to be equally as gifted to create the production, settings, and cinematography. Working alongside Todd Phillips as the director, Cooper put together an unforgettable Warner Bros. Pictures and DC Films movie, which grossed 1.069 billion at the global office, making it the sixth highest-grossing film of 2019!

Released in 2014, American Sniper highlighted the trauma that takes place behind the scenes of the most talented U.S. military soldiers who have been deployed to fight in the Iraq war. Cooper was fortunate enough to not only be one of the producers on the team, but also to lead actor in the film, Chris Kyle, on who the movie was based on. In addition to Cooper’s acting and production genius, the movie’s success can also be credited to Clint Eastwood, who was the film’s director. The film follows Kyle’s exceptional services to the military, becoming the deadliest marksman in U.S. military history with 160 kills confirmed by the Department of Defense while serving in Iraq. In addition to grossing $547.3 million at the box office, the film also received six nominations, including Best Picture, Best Adapted Screenplay, and Best Actor for Cooper.

There are some storylines that just never seem to lose their relevance throughout history, and A Star Is Born is one of them. The original film dates back as far as 1937, and remakes were made in the 1954 musical and the 1976 rock musical starring Kris Kristofferson and Barbara Streisand; Kristofferson being the established rock and roll star who falls in love with the younger, aspiring singer in Streisand. However, the 2018 musical romantic drama held singer/actress Lady Gaga as the younger, ambitious talent while Cooper occupied the role of the older, more established musician, in addition to being the movie’s director, screenwriter, and producer. Before actually bringing the 2018 remake to pass, a new adaptation was slated to be done since as late as the 1990s with Will Smith as the lead star, as well as the late R&B singer Aaliyah, Paul Walker, and even the pop icon Beyonce. The film was a critical and commercial success, grossing $431.8 million at the box office.

Directed by David O. Russell, American Hustle is a black comedy crime film that was inspired by the FBI Abscam operation in the late 1970s and early 1980s. Cooper occupied the position of executive producer along with Charles Roven, Richard Suckle, and Megan Ellison on the production team. And, not surprisingly, Cooper also plays one of the lead roles as the FBI agent who forces two con artists, played by actor Christian Bale and Amy Adams, to set up a sting operation to bring down corrupt politicians, which includes Mayor Carmine Polito of New Jersey, played by Jeremy Renner. The film was a box office success, grossing $257.8 million and won three BAFTA Awards and three Golden Globe Awards.

RELATED: Then Vs. Now: Ranking The Net Worth Of The Cast Of ‘The Hangover’ After 11 Years

With such a vast amount of acting experience in so many different movie genres, it’s no wonder that Cooper is just as good behind the scenes as he is in front of the camera. One of the movie genres in which he has excelled is in romance, having starred in movies such as The Words (2012) with the alluring actress Zoe Saldana, Serena (2014) starring Jennifer Lawrence, Aloha (2015) alongside actresses Emma Stone and Rachel Adams, and we can’t forget his epic character in Wedding Crashers! So when he and Jennifer Lawrence got together again for the romantic comedy-drama Silver Linings Playbook in 2012, he made the ideal executive producer. Against a budget of $21 million, the film exceeded expectations and grossed $236.4 million at the worldwide box office.

While Cooper is known for his wild and drunken escapades in the Hangover film series, his use of mind-altering substances in the 2011 science-fiction thriller, Limitless, is more productive and less wasteful. Again, he not only holds the role of the lead character in the film but he was also its executive producer. The film was based on the 2001 novel The Dark Fields by author Alan Glynn, and also stars Abbie Cornish, Anna Friel, and the veteran actor Robert De Niro. The film opened at number one its first week in the U.S., grossing $18.9 million. It eventually went on to gross $155.5 million at the worldwide box office.

See also  Which Famous Celebrity Would Montanans Choose As A Neighbor?

With a penchant for black comedy crime films, Cooper found himself on the production team for the making of War Dogs, based on the true story of former American arms dealer, Efraim Diveroli, as well as a Rolling Stone article by Guy Lawson. The film follows two American arms dealers, Efraim Diveroli, played by comedian/actor Jonah Hill, and David Packouz, played by Miles Teller. Although there were parts of the film that were highly fictionized, what remains true is the U.S. Army contract the arms dealers received to supply military-grade ammunitions for the Afghan National Army worth $300 million. The film ended up grossing $86.2 million globally. Other actors/actresses include the Cuban beauty Ana de Armas, Kevin Pollack, and Cooper himself.

Cooper again wore the hats of both actor and producer in the 2021 neo-noir psychological thriller, Nightmare Alley. Other names on the production team included Guillermo del Toro and Canadian producer and director J. Miles Dale. The film is also an adaptation of a 1946 novel of the same name by William Lindsay Gresham. Despite having a great cast of actors/actresses with the likes of Cate Blanchett, Willem Dafoe, Richard Jenkins, and Toni Collette, the film ended up as a box office bomb, grossing $37.5 million against a $60 million budget.

READ NEXT: 8 Most Expensive Things Owned By Bradley Cooper

Ruben Randall - October 10, 2022 0
TV/Movies
How many companies that have done work for Donald Trump’s businesses have been stiffed? According to articles by “USA Today,” “The Week,” “The Hill,”...

Sunburn — The morning read of what’s hot in Florida politics...